For this month’s column, I’ll be taking a look at two different events during the month of November that involve large-scale forces. The first involves the mainstay of communal soundmaking – the symphony orchestra, while the second is a significant new amalgam of voices coming together to create two operas. 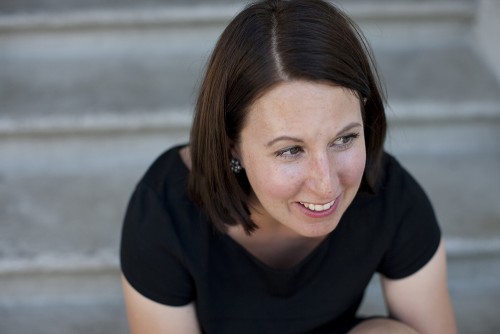 I’ll begin with what’s happening with the Toronto Symphony and their affiliate composer, Emilie LeBel, who is currently in the second year of her position. One of the benefits of this position is that she is given the opportunity to compose one new piece each year for the orchestra. This year’s work, unsheltered, will receive its Toronto premiere on November 13, after performances on November 11 in Ottawa and November 12 in Montreal, part of an upcoming TSO tour. I spoke with LeBel about her new work, as well as another of the projects she is involved with at the TSO, titled Explore The Score.

Currently living and teaching in Edmonton, Alberta (when not engaged in her TSO commitments), LeBel says that she began composing unsheltered during the spring of 2019, while all around her wildfires were blazing north of Edmonton, amidst various public conversations and controversies about building more pipelines. She spoke about the general uneasiness and tensions that exist right now everywhere in the world and how her composition took on that atmosphere. She stressed that “the piece is not about politics or climate change in an overt way, rather I’m picking up on an uneasiness that feels very palpable right now.” In juxtaposition to this, LeBel said, is the natural beauty of the area she is currently living in, how different that environment is for her personally, and how it helps her aspire to be hopeful as well.

In her own note on unsheltered, she quotes a poem by Joanna Doxey as inspiration – speaking, as it does, to the importance of human connection during those moments we have with people, as well as to our experience of time, particularly when we look back on such moments in a more nostalgic way. The poem is from Doxey’s Book of Worry and begins  “…in this humming and doubled land, hold worry, only me”.

It is the word humming that LeBel frequently referenced while speaking of the piece, to describe the overall atmosphere being invoked in her composition. Musically, it started off as a bass line from a Baroque piece that she has been studying with her students. “I was thinking about Baroque bass lines and how everything on top of it is like a textural landscape. This is often what I do in orchestral pieces. There are sections with slippery glissandos and high string harmonics that create an atmosphere where things feel tenuous.” The poetic except from Doxey continues: “and I get older or I grow farther from myself and I always most love the moment before now…” It is a  sentiment that is also reflected in LeBel’s piece; she chooses to end it on a note that, while part of the humming atmosphere, is both nostalgic and hopeful.

LeBel’s responsibilities as TSO affiliate composer have also entailed involvement in another hopeful venture. This year is the eighth season in which the TSO has supported opportunities for composers to have their works read by the orchestra. Last year, along with Matthew Fava from the Canadian Music Centre, they devised a new approach to the project. They changed the jury process from being anonymous to asking people to send in their scores, along with informational statements outlining what they wished to get out of the program. This way, composers who would get the most from this opportunity would be selected, regardless of age or stage in their career. Around the same time, there was a conversation at the TSO about opening up the process to the public, to offer them an experience of how a new orchestral work is rehearsed. A new name was given to the program – Explore the Score – and they have received great feedback from both the public and the composers about the experience. This November 30 will mark the second year for this new approach, and will include works by composers Ian Cusson, Matthew Emery, Fjóla Evans, and Jared Richardson. In advance, the composers will have received guidance from the orchestra’s librarian on how to prepare the score and parts, with the new compositions being conducted by Gary Kulesha – the TSO’s composer advisor. After the performance, feedback from both Kulesha and LeBel will be given to the composers and during a lunch with representatives from the different sections of the orchestra, the composers will receive additional feedback from the musicians’ point of view. They will also have access to LeBel for a follow-up session for both compositional and/or career advice.

Beyond her TSO commitments, LeBel remains an active composer within the Toronto music community and she will be premiering a new work with Continuum on November 3 as part of their 35th anniversary celebration concert, alongside works by Canadians Jason Doell, Christopher Goddard, Cassandra Miller and Michael Oesterle.

The second project that caught my eye this month is the upcoming production of Two Odysseys: Pimooteewin/Gállábártnit running from November 13 to 17 at Daniels Spectrum. Produced by Soundstreams with partners Signal Theatre and the Sámi National Theatre, the performance will present two operas that are the first such works to be sung and narrated in the Indigenous languages of both Cree and Sámi (the language of the Sápmi people, whose territory today encompasses large northern parts of Norway and Sweden, northern parts of Finland, and the Kola Peninsula within the Murmansk Oblast of Russia. Both works will be directed collaboratively by Michael Greyeyes from Signal Theatre and Cole Alvis from lemonTree creations. 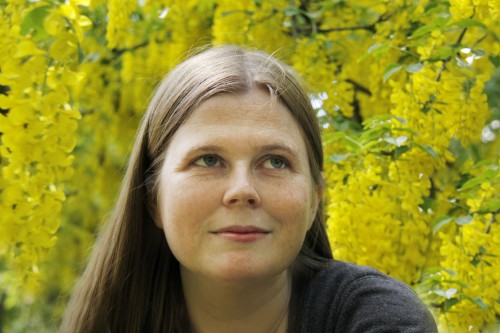 Pimooteewin (The Journey) was first premiered in 2008, a performance that initiated a collaboration between Soundstreams and Greyeyes. Since that time, through a series of performances, connections, meetings and creative thinking, the initial venture has now evolved to the current production that has expanded to include a second companion opera, Gállábártnit, written in the Sámi language. The libretto for Pimooteewin was written in Cree by the celebrated Indigenous playwright and novelist Tomson Highway. Canadian composer Melissa Hui was selected to compose the music for the libretto and this task demanded her full commitment to understanding how to work with the Cree language. The librettist for Gállábártnit is Norwegian and Sámi playwright/author Rawdna Carita Eira. Swedish composer Britta Byström, who received the Elaine Lebenbom Memorial Award for Female Composers in 2015 from the Detroit Symphony Orchestra, was selected to bring her unique artistic language to bear in the creation of the music.

In the casting of Two Odysseys, great care was taken to reflect diverse Indigenous and non-Indigenous perspectives. The performers include two narrators—Yolanda Bonnell and Heli Huovinen, each fluent in their respective languages of Cree and Sámi, as well as vocal soloists Melody Courage, Asitha Tennekoon and Bud Roach. The musical performers also include a choir assembled by Soundstreams as well as a chamber ensemble. Métis soprano soloist Melody Courage provides a quick peek into her experience of the rehearsal process in a short excerpt from the promotional video available on the Soundstreams website, in which she reflects on “…the amount of pride I feel performing with so many ridiculously talented Indigenous artists that I’ve met for the first time … It’s in the stages of coming together and it feels very magical.”

Both works examine the question of how we live together as a human community on this earth, and how we journey on to the land of the dead. Each piece is based on ancient stories from the two traditions. The Cree story tells the tale of the Trickster character Weesageechak (coyote) and Migisoo (eagle) and their desire to be reunited with loved ones. The Gállábártnit of the Sámi story are the “sons of the son of the sun,” hunter/inventor star beings who come to earth from the “belt” of the constellation known in European cosmology as Orion. This mix of Indigenous stories, languages, directors, librettists, narrators and soloists intermingle here in an art form with European roots, in music created by two composers who bring their own sensibilities and artistic voices to the project. It is a dialogue that explores the edges of the possibilities available when people of diverse cultures are able to work collaboratively with sensitivity, respect and a willingness to listen to each other. Soprano Melody Courage sums it up this way: “You can expect to be moved and transformed, musically and spiritually.”

NOV 17, 8PM: The Music Gallery. History Series: Celebrating Casey Sokol. An evening with one of the Music Gallery’s co-founders as he moves on from a storied career teaching improvisation at York University. The evening will be part improvised soirée/part interview with food and drinks. 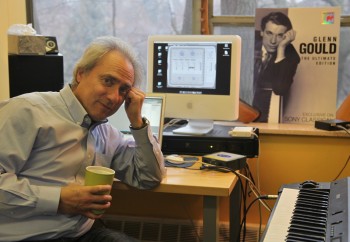