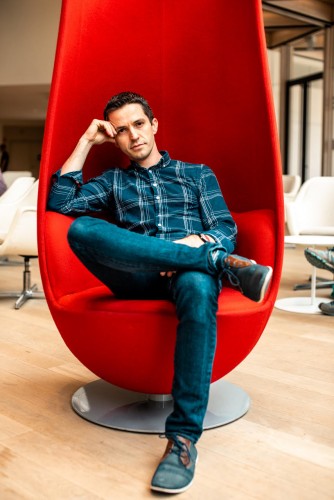 In early December of 2018, the Canadian Opera Company announced that Ian Cusson had been newly appointed composer-in-residence. A composer of Métis heritage, his work has largely focused on writing vocal music – both art song and opera – as well as orchestral music. Currently he is in residence with the National Arts Centre Orchestra and will begin this new appointment at the COC in August 2019. I spoke with him about what this new position will mean for him, and also about the broader issues he explores in his creative work. Being composer-in-residence will not only offer the opportunity to compose an opera for the COC, but also the opportunity for an inside look at the inner workings of an opera company: observing and participating in rehearsals for main productions; as well as observing vocal coaching and diction sessions. The commissioned opera will be a 50-minute work with librettist Colleen Murphy whom he met this past summer during Tapestry Opera’s Composer-Librettist Laboratory. They connected so well that Cusson invited her to participate in this opera project that will be geared towards families and young audiences. It will be a lively adventure story, he says, based on an urban tale of two young people trying to rescue a mother who has been taken captive.

On March 5, three of Cusson’s vocal works will be presented at the COC’s noon-hour Vocal Series held in the large Richard Bradshaw Amphitheatre lobby space. The first work will be a song cycle for mezzo and piano quintet, Five Songs on poems of Marilyn Dumont, a Cree/Metis poet from Edmonton, and sung by mezzo Marion Newman, whose heritage combines Kwagiulth and Stó:lo First Nations, English, Irish and Scottish. The other two works on the program will be sung by Marjorie Maltais, with Cusson at the piano: J’adore les orages, a concert aria with text by Michel Marc Bouchard; and the premiere of Le Récital des anges, a song cycle based on poems of Émile Nelligan, a Quebecois poet whose life straddled the end of the 19th and early 20th centuries.

For Cusson, finding the natural dramatic arc within the texts he is working with is key, and he makes it a priority to write for the specific singer who will be performing the piece. “I have a great respect for singers and their ability to use their bodies in front of people, and I keep the fact that they are human beings, not machines, in mind while writing,” he said. He chooses to work with texts that are in either English or French, the two languages he speaks. He feels it’s essential for him to know the specific cadences of the language he is working with in order to write well for the voice.

He is also drawn to working with Indigenous texts and stories from his own tradition, seeing this as both an opportunity and a challenge. One topic we explored more deeply was how he approached integrating his classical background with his Métis heritage. He spoke about his current orchestral project, Le Loup de Lafontaine, to be performed by the National Arts Centre Orchestra in late September, and based on a particular personal story from his own community. “As I’m writing it, I’m thinking of the fiddle tradition – how it’s used and how it could exist or be referenced within a larger orchestral piece. This is the most direct connection I’ve had to my own Metis tradition in my composing.” In the past, one key way he has approached Indigenous culture is through texts and story and he has incorporated one such story in this piece. It tells of “a wolf coming to town and terrorizing farmers and people from a community comprised of Métis, First Nations and French settlers, none of whom communicate with each other. Although the wolf is killed in the end, the animal succeeds in bringing the community together.”

This question of integrating Indigenous tradition and classical concert music requires Cusson to think deeply both about how those stories are being told, and about what story his own participation tells. “It sounds wonderful to create an Indigenous opera,” he says, “but as you move into that work, many questions start to reveal themselves, such as the depiction and representation of people, and what it will sound like.”

Many of these pressures are internal and self-imposed. “I want to do this successfully and in a way that honours and doesn’t demean. It takes a process and appropriate consultation, patience, conversation, learning and growing. I’ve been doing that, and will probably continue for the rest of my life, as I think about how to create works within this classical tradition that touch on very difficult, sensitive, painful places, and often involving people who are still alive and have been traumatized by events in the past.”

So the question becomes, what stories should be put on stage, and how should they be told? “These are very complex questions with no quick answers. Also, it’s important to become more aware of the protocols and processes related to specific types of traditional music, like ceremonial songs for example, which are only to be sung at specific times, by specific people, for specific purposes, and not by anyone else. I’m also learning about this, especially within other Indigenous traditions that are not my own. There are many different nations and they all have different processes and protocols.”

Coming up in February, Cusson will be participating in a special ten-day gathering at the Banff Centre for the Arts that will bring together various Indigenous musicians involved in classical music. The goal is twofold: first to have some co-creation time together and second, to think through best practices and protocols for artistic companies, presenters and other artists, when working with Indigenous musicians. “It will be an opportunity to think through how things are, where things could go, and how we can be a part of leading that,” Cusson said. The goal is to come out of this meeting with a tangible document that will outline starting places for the entire classical musical community who want to have better information on how to integrate and support Indigenous culture in their concert productions and creative works. “What are the good steps we can take to insure that we are making well-informed projects that are acts of reconciliation? This seems to be missing in a formal sense, so this document will be helpful in continuing that dialogue.” From my birds-eye perspective of writing this WholeNote column focused on the contemporary music world, I envision that this will be a very rich and valuable conversation that I hope will having lasting impact on how we think, create and engage in building musical culture.

The Music Gallery will be co-producing three events in February centred around the music of Pauline Oliveros, the well-loved composer, performer and pioneer of the Deep Listening process. For a special Valentine’s Day event on February 14, Oliveros’ longtime partner, IONE, will be presenting a reading titled Today With All Its Hopes And Sorrows where she will reflect on the topics of community, lineage, and the potency of text and sound as forms of remembrance. Two days later on February 16, IONE will join cellist and improviser Anne Bourne for an afternoon workshop experience exploring Oliveros’ text scores. And finally, on February 17 there will be a concert performance of Oliveros’ To Valerie Solanas and Marilyn Monroe in Recognition of Their Desperation, written in 1968 as a response to the turbulent political events of the time. Appropriately, it will be performed by a group of local musicians in the City Hall council chambers. In order to give the reader a more personalized account of the impact of these events exploring the ideas within Oliveros’ music, I am planning a follow-up concert report which should be available on The WholeNote’s website during the third week of February.

FEB 2, 8PM: Trinity-St. Paul’s Centre. Soundstreams offers up a special performance of Steve Reich’s Different Trains with the Rolston String Quartet performing in tandem with a video realized by Spanish filmmaker Beatriz Caravaggio. Reich wrote this Grammy Award-winning work in 1988 as a musical meditation on the Holocaust. Perhaps the most personal of his works, Reich calls Different Trains a “music documentary” bearing witness to his childhood train journeys across the US in the 1940s, and the realization that as a Jew, had he grown up in Europe, his train journeys would have been very different. The concert will also feature Quartet #2 (Waves) by R. Murray Schafer, Swans Kissing by Rolf Wallin, and Streams by Dorothy Chang.

FEB 13 AND 14, 8PM: The Toronto Symphony Orchestra conducted by Barbara Hannigan. For lovers of the virtuosic contemporary music soprano, this will be an opportunity to experience her work as both conductor and vocal soloist. On the program is a series of mainly early 20th-century works by Debussy, Sibelius, Berg and Gershwin, as well as a classical period work by Haydn.

FEB 15 AND 16, 8PM: Trinity-St. Paul’s Centre. The Toronto Consort concert, “Love, Remixed”, offers a program of contemporary music written for early instruments and voice. James Rolfe’s Breathe uses texts by the 12th-century abbess, composer, poet and healer Hildegard of Bingen. Her texts often speak of rapturous experiences with the divine as well as of the greening life energy of nature. The Consort’s artistic director David Fallis will be presenting his Eurydice Variations, the story Monteverdi’s Orfeo tells, but from the point of view of Eurydice. 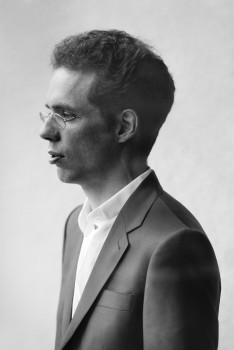 FEB 23, 8PM: Gallery 345. Spectrum Music presents “The Rebel: Breaking Down Barriers” with the premiere of seven new works by Spectrum Music members Hanus, McBride, Victoria, Welchner, Wilde and others. This concert will be the second of five concerts this season that are exploring five prominent Jungian archetypes. Continuing in Spectrum’s tradition of pushing genre boundaries, the concert will combine classical and jazz elements. 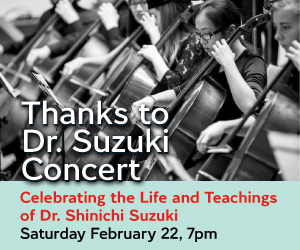