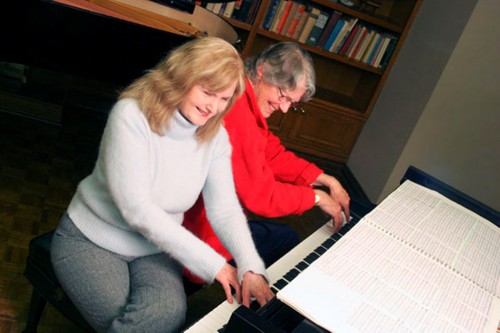 For the opening column of the new season, I thought I’d take a look at two new CDs being released by the prolific and virtuosic Canadian pianist Christina Petrowska Quilico. The first CD, Soundspinning, offers a series of older works composed by her friend and colleague, the late Ann Southam. It will be released on the Canadian Music Centre’s (CMC) Centrediscs label, with the official launch happening on September 25 at the CMC in Toronto. The second CD, Global Sirens, on the Fleur de Son/Naxos label, features the music of 15 different internationally-based composers and includes a total of 19 compositions, including two works by Canadians.

Southam: Petrowska Quilico is well known for her interpretations of Southam’s music, having already released seven CDs of Southam’s compositions including Glass Houses, Pond Life and Rivers, each one released as box sets. However, this recent CD is unique, as it consists of a number of rarely heard Southam works from 1963 to 1999. As Petrowska Quilico told me in our recent interview, Southam used to joke: “I love it when you root around in my old pieces and come up with something new.” When it came to choosing repertoire and creating an order for this new CD, Petrowska Quilico crafted it with careful attention to the flow of changes in mood and tempo between the works, quipping that in a sense she was creating a sonata in a very unorthodox way – a sonata whose contrasting movements were being fashioned from the different Southam compositions.

The album opens with Stitches in Time, composed in 1979 and revised in 1999. This work is comprised of two small collections of pieces: three pieces in Sonocycles and eight in Soundspinning. They are all short and fast pieces that reflect Southam’s love of nature, and are precursors to the larger Rivers and Glass Houses works. Petrowska Quilico spoke about how they were harder to play than they look, and have no indications regarding phrasing, dynamics or pedalling. Because of the 30-year working relationship she had enjoyed with Southam, this didn’t create a stumbling block for her. She approached them in a similar way to Rivers, accentuating hidden melodies and altering the tempos to create a more shimmering effect, making each one shine with its own unique characteristics. During their work together in preparing the Rivers CD, Southam had told her she trusted Petrowska Quilico’s musical judgment completely. And even though they are fast virtuosic pieces, they still require control, which Petrowska Quilico admits may seem like a bit of a contradiction.

She follows this intense, fast-flowing opening cycle of pieces with Slow Music (1979), a more meditative work composed using Southam’s signature 12-tone row, one that she used repeatedly for many of her pieces. One distinguishing feature of Southam’s approach to working with the serial technique was the freedom and openness she allowed herself, in comparison to the more strict approach used by composers such as Webern or Boulez. Altitude Lake is next, described by Petrowska Quilico as “massive” due to the presence of so many large chords that suggest images of immense landscapes and intense weather activity. It was written in 1963 at the same time as Southam began working in the electronic music studio at the University of Toronto. (As an aside: Southam also began teaching electroacoustic composition in 1966 at the Royal Conservatory of Music in a small studio in the sub-basement that she and composer John Mills-Cockell started up, offering drop-in classes for $10 each.) The score that Petrowska Quilico had of this early piece was handwritten and was so hard to read that she had to use a magnifying glass. Once she figured out the notes, she discovered how much she loved the piece, describing it as “a real treasure. It was written so early in such a different style, that you’d never realize it was her.”

The next few works are a series of Southam’s jazz-inflected pieces – Three in Blue (1965), Five Shades of Blue (1970) and Cool Blue; Red Hot (1980), all of which Petrowska Quilico selected due to her own love of playing jazz. The concluding work on the CD is Remembering Schubert from 1993 – a piece that also appears on the CBC album Glass Houses: The Music of Ann Southam, performed by pianist Eve Egoyan, who also enjoyed a special bond with the composer.

Petrowska Quilico spoke about how joyful and fluid Southam’s music is, and how the composer loved watching the light refracting on the water. She described playing Southam’s works as being similar to performing pieces by Chopin and Liszt, all of which require fast fingers. “If you don’t have good technique and are not in control, it will sound heavy, choppy and muddy. At the same time, you can’t think about the technique or all the notes you’re playing, otherwise you won’t be able to get through it. You have to think about the long line.” 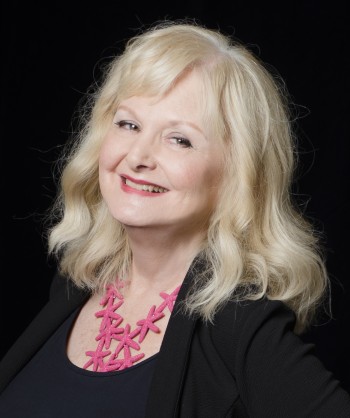 Global Sirens: Petrowska Quilico has spent a good deal of her career promoting the music of women composers, and this love and commitment is reflected in her second CD coming out this fall – Global Sirens. Her desire with this CD is “to show the great wealth of women’s compositions. Not to denigrate men’s compositions, but we hear more of them than we do the women,” she said. Arising out of the research she’s undertaken for her York University Gender and Performance course, she has uncovered many lost compositions and composers, a selection of which are on the CD. Primarily these are works that span the 20th century, and include composers from numerous backgrounds. One such example is the opening piece Langsamer Waltz composed by Else Fromm-Michaels, whose compositions were banned during the Nazi period because her husband was Jewish. Other composers represented include Else Schmitz-Gohr and Barbara Heller, also from Germany, Ada Gentile (Italy), Priaulx Rainier (South Africa), Peggy Glanville-Hicks (Australia) and French composers Lili Boulanger and Germaine Tailleferre, who was one of Les Six along with Milhaud, Poulenc and others. The two Canadians represented are Larysa Kuzmenko and Sophie-Carmen Eckhardt-Gramatté. Petrowska Quilico has included four pieces by American composer Meredith Monk, whose music she loves, as well as Wireless Rag (1909) by Adaline Shepherd, a woman who was forced by her husband to give up composing, until she was able to resume her creative life after his death (an event which made her quite happy, Petrowska Quilico remarked). Shepherd had great success with her rag Pickles and Peppers, which sold over 200,000 copies in 1906 and was used as a theme song by William Jennings Bryan during his presidential campaign in 1908.

This little slice of Shepherd’s experience offers us just a glimpse at the hostile environment many women composers faced in the past. But what about now? I asked what she thought about the current climate for women music creators in Canada and Toronto. She began by recounting the story of performing Violet Archer’s Piano Concerto No.1 in 1982. At that time, an entry in an American encyclopedia had listed it as one of the major concertos written in Canada – it had been composed in 1956 – and despite this acknowledgement, the piece had only received one performance in 1958 under the baton of Victor Feldbrill with the CBC Symphony. This was something that was quite upsetting to Archer, and so Petrowska Quilico set out to perform it again and eventually released it as a recording. It’s now available on the Centrediscs album 3 Concerti, which also includes works by Alexina Louie and Larysa Kuzmenko. On the subject of gender parity in programming, Petrowska Quilico feels that music composed by women should definitely be played more often, and concerts should include a good balance of pieces by both genders, as well as older works along with newer ones. “Let’s make sure we don’t forget the women and Canadian composers of the past, and sprinkle them through the programs.” The problem, she stated, is that the emphasis is on premieres, and it is often a fight to get women’s music played more than once.

In looking at the overall scope of Petrowska Quilico’s prolific career, the question that comes to mind is how she manages to do it all. Her discography alone is extensive – 50 CDs with four JUNO nominations. Many of these recordings are from live performances – and even when in the recording studio, her preference is to record with only one or two takes. Regarding her technique, earlier in her career she undertook a process of slowly relearning everything, which was particularly important after suffering a broken wrist. She described how she approaches her touch on the keyboard as being like Zen meditation. “The fluidity comes from the fingertip – that’s where you have to focus your energy. All extra movements such as in the elbows take away from the energy you need to play a line. The body needs to be aligned, and you need to be both flexible and strong at the same time.” Another important aspect that she learned early on was the importance of maintaining the electrical current within the music itself, a current that begins with the first note and continues up until the last one. Keeping the energy moving requires focus on the melodic line. “No matter how many chords and notes, what is important is the melodic line.”

All the training, practice and inner focus come together for the performance – and these two new CDs will be a welcome addition to her ongoing contribution to Canadian musical life. 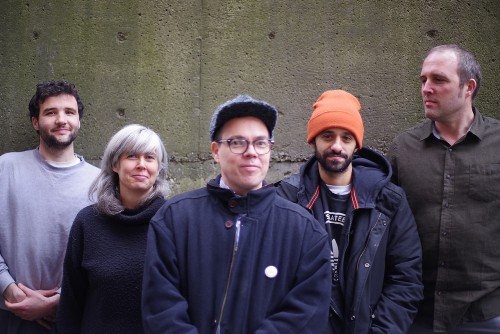 SEP 27, 12PM: Canadian Opera Company, Awasaakwaa (Beyond, on the Other side of the Woods), Richard Bradshaw Amphitheatre. A solo recital by acclaimed Odawa First Nation composer and performer Barbara Croall, presenting her own compositions for voice and pipigwan (Anishinaabe cedar flute). Croall is currently preparing for a major performance piece about Saint Kateri Tekakwitha, a Mohawk woman who was made a saint. More details about that coming later this fall.