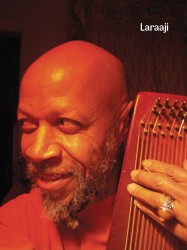 As the writer of this column over the last year and a half, I’ve often brought to your attention how “music of the new” straddles all sorts of boundaries and traditional genres, moving beyond a Eurocentric concert music focus. The word “genreless” has popped up more than once. And now this month, the Music Gallery’s X Avant series is challenging us to consider the term “transculturalism” as a way to understand what’s happening with musicians from diverse backgrounds and influences who share a love and passion for playing on the edges of sound experimentation. In the previous story Andrew Timar explores how artistic director David Dacks defines transculturalism and how that sits within the evolution of the Music Gallery’s mandate. Here in this column, we’ll dig a little deeper into how this vision translates into the actual programming choices for this years’ X Avant festival, now in its ninth season.

X Avant IX:  The festival’s challenge to all of us as listeners and audience members is to look again at how and why we put music into various boxes – to question how we listen and make sense of the music before us. Beginning with the first concert on October 16, we are introduced to the music of zither and autoharp virtuoso Laraaji and his fusion of thenew age and world music categories. The description on the Music Gallery’s website for this concert speaks about the similarities between these two musical categories and also notes that new age music is on the rise while world music is on the decline. Two provocative statements, I thought. So what are the similarities between world and new age music? Laraaji’s music provides one perspective.

Laraaji first rose to international attention through his collaboration with Brian Eno, who released the strumming rhythms of Laraaji’s music on the 1980 album Day of Radiance, part three of Eno’s groundbreaking Ambient series. By introducing the sounds of hammered dulcimer and open-tuned zither we’re already moving into an acoustic soundworld distinct from the typical European concert experience and one often associated with folk or world music traditions. From this initial collaboration with Eno, Laraaji has gone on to become one of the major voices of the ambient/new age genre, but he’d rather use the term “architectonal music.” For him, it’s all about how music affects our consciousness, or the “architecture of the imagination” and how the power of sound and music acts as a “carrier wave of our intention.” These themes of a more spiritual focus are also present in the underpinnings of world music. (As for the decline of world music, I’ll get to that later.)

Laraaji will be performing solo and in collaboration with local musicians Brandon Valdivia and Colin Fisher (aka Not The Wind Not The Flag) and Scott Peterson. The entire evening, which also features Montreal kora player Diely Mori Tounkara, is co-produced with the Toronto-based Batuki Music Society, whose mandate is to promote African music and art and provide career assistance to local African-heritage artists. 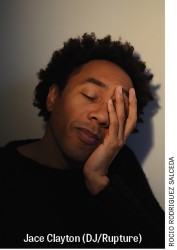 The ambient/new age theme continues on October 17 with “Drums and Drones,” the name of a project between Brian Chase and Ursula Scherrer that was originally inspired by the light and sound installation Dream House created by minimalist icon La Monte Young and his colleague Marian Zazeela. Chase’s music explores the power of drones to affect and change brain wave states using the sound sources from drums and percussion and altering them through electronic processing and the use of the just intonation system. Scherrer’s images contribute to creating altered states of perception with abstract architectural forms created from light and shot footage. The drone state of mind is the ultimate goal of this union of sound and image. Also performing on the same evening will be Phrase Velocity, whose music combines tabla rhythms, synthesizers and pure waveforms.

It’s the events of October 18 that really bring home the theme of transculturism and the mixing up of musical styles. Beginning at 3pm, a roundtable discussion will address the question of how Canadian ethnocultural diversity affects contemporary musical composition. Then at 5pm, an interview with a key figure in the musical transculturism movement, DJ/Rupture, will uncover more about the global musical exchange between pop and classical music. These two dialogues will set the stage for the main evening concert event – the Julius Eastman Memorial Dinner, a 70-minute performance piece for two pianos, live electronics and voice focused on the music and life of Julius Eastman, a NYC-based gay African-American composer, pianist and vocalist.  Eastman’s minimalist-inspired music spanned the late 1960s into the 1980s and he was one of the first to integrate improvisation, classical quotations and pop music into his work. The performance is the brainchild of Jace Clayon (aka DJ/Rupture) who has taken on the telling of Eastman’s painful life story by reinvigorating two of Eastman’s largely forgotten compositions, and adding to the mix theatrical vignettes and material of his own. The evening concludes with a chance to dance out the cross-cultural vibrations with DJ Ushka at the Mojo Lounge. 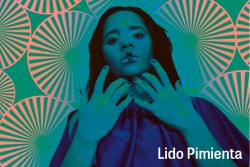 Getting back to the assertion that world music is on the decline: it’s really more that the term itself is being rejected as culturally biased, highlighting as it does a distinction between the European tradition and the rest of the world. As Talking Heads founding member David Byrne argues in a New York Times article “I Hate World Music” back in 1999, all music is from planet Earth. This cause of distancing oneself from colonial notions of world music is one passionately embraced by Colombian-Canadian trickster and priestess Lido Pimienta, whose concert on October 19 will close out the X Avant festival. Pimienta promises to push the edges with her fiery orations on the issues of equality, gender roles, motherhood and cultural stereotypes: “Toronto is an international place, we are still segregated and not integrated. Patriarchy in Canada has it so we’re next to one another but not with one another,” she states. She will be joined by her musical- and visual-artist collaborators to create a hot-house evening of ritual-like performance art.

Sound and Image: Many of the performances in the X Avant festival go beyond the blending of musical genres to also include projected images as an essential ingredient of the artistic message. Sometimes this way of working has a staggeringly long gestation period. Such is the case with Toronto experimental filmmaker Gary Popovich and his work Souvenir, which will be premiered on October 19 and 20 as the opener for Continuum Contemporary Music’s new season. Twenty years in the making, the film began with the commissioning of six Canadian composers to write music based on Gary’s ideas of the seasons of natural and human evolutionary history. Images were then selected, researched, shot, processed and finally edited all in response to a diligent and committed listening to the music by the filmmaker. This way of working with music is an acknowledgement of the power of sound when put alongside image – and a turning of the tables in the way films are usually created, with the music serving as accompaniment or support to the supremacy of the image.

Eager to hear more about this huge undertaking, I asked Popovich to walk me through the six seasons. Beginning with Winter to mark the coming into being of our universe, the film then takes the listener/viewer on a journey through the explosion of life in the Cambrian age (Spring) to the flourishing of agriculture and writing (Summer), the evolution of imperialism and conflict (Fall), a tribute to the cultural markers of the 20th century - both creative and destructive (Winter 2) – and concludes with allusions to present and future possibilities, including the birth of other universes (Spring 2). The music includes live performance by the Continuum ensemble, as well as electroacoustic composition. In all, the film is a souvenir of life on planet Earth, and what has been left behind.

NAISA: This month also welcomes the 13th annual SOUNDplay series produced by NAISA(New Adventures in Sound Art), a festival that highlights the interplay between sound, image and other new media artforms. On October 18, the theme of life cycles will be the focus of the night, offering video music screenings, interactive mobile performances and live electronic improvisation. On October 25, there will be a chance to experience how different artists respond visually to abstract sounds. Other events of the series occur on October 10 with special guest Dutch sound artist Jaap Blonk and on November 1 with a noise art performance by the live electronics duo Mugbait. On November 3, NAISA will participate in the New Music 101 series at the Toronto Reference Library, with a mobile performance walk exploring the acoustics of the library’s five-story open-concept design.

Additional Concerts and a Final Footnote:

For the early birds who see this on or before October 4, the following new music events will be part of Toronto’s annual Nuit Blanche festivities: Canadian Music Centre– a showcase of artists who integrate global traditions with new music with Suba Sankaran, Parmela Attariwala, TorQ, Deb Sinha, Ernie Tollar. NAISA Space – Hive 2.0 – a sound sculpture by Hopkins Duffield.

Art of Time Ensemble includes music by George Crumb in their “The Poem/The Song” performances on November 7 and 8.

Final Footnote: As I complete the finishing touches to this column, it has just been announced that Tanya Tagaq has won the Polaris Music Prize. Transculturalism and sound experimentation is alive and raising mainstream eyebrows. So much more to say on this timely topic.

Wendalyn Bartley is a Toronto-based composer and electro-vocal sound artist. She can be contacted at sounddreaming@gmail.com.