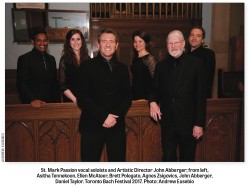 There’s a scene in the Milos Forman movie Amadeus that always sticks with me whenever I think about composers being disliked or misunderstood by non-musicians. It’s the scene where Emperor Joseph II of Austria, played by Jeffrey Jones, has just been to the premiere of one of Mozart’s operas. He goes up to the composer and tells him, with full imperial pomp and arrogance, that his music has “too many notes.”

Since learning a bit about music history, I’ve learned a few things about the historical accuracy of this scene. First, the basic elements of the story are true – Joseph II did in fact gripe that Mozart’s music had too many notes. Second, the story is kind of unfair to the emperor’s legacy. While he may not have been able to appreciate Mozart, Joseph II was a so-called enlightened despot who modernized his country and turned an authoritarian regime into a liberal country, introducing progressive reforms like religious freedom and universal public education and working to abolish the death penalty. Third, the “too many notes” anecdote, like the movie, is part of a larger mythology that grew up around classical composers and persists to this day.

The Mozart Myth was perhaps the most famous example, and while parts of it have been dispelled, a few misconceptions remain. We can probably all agree now that he wasn’t in fact poisoned by Salieri (19th-century Mozart truthers argued otherwise) and he wasn’t destitute, he just never got a sweet court sinecure with Joseph; the Viennese didn’t totally misunderstand his music either, although they weren’t obsessed with it the way subsequent generations were.

Of all the Romantic legends, the Mozart Myth is probably the one that’s seen the most open debate, and a historical rehabilitation of the composer (or his bewildered Viennese public) is well underway. But there are myths about other composers which persist for the contemporary concertgoing public, many of which are the more pernicious for being completely unknown. The Bach Myth is probably one we need to tackle, because it’s one that the concertgoing public, as well as the majority of musicians, have bought into wholesale, and besides not aging particularly well, it’s also condescending, factually incorrect, and deeply alienating to potential listeners.

We all know the story. Bach was a genius in a category all his own. He wrote music that was incredibly intricate. If people don’t, or didn’t, like it, it was because they can’t, or couldn’t, understand it.

And that’s sort of true, but there are a few things we need to talk about to set the record straight. While Bach was a brilliant contrapuntalist, he wrote music that was generally conventional, albeit way more complicated. His obsession with counterpoint, including weird technical tricks, marked him to his contemporaries as an arch-conservative, rather than an inimitable trailblazer. And while he got fired from his capellmeister job in Cöthen and the congregation at St. Thomas in Leipzig didn’t like him all that much, he did have a cult following among composers, musicians and music geeks who understood how his music worked – he enjoyed a reputation as a musician who wrote music for other musicians.

And oh yeah, if we appreciate Bach so much today, why is so much of his music left unperformed? He wrote over 200 cantatas and motets for voice, just under 100 individual songs, and over 200 works for organ, but good luck hearing any of those performed today – you’ll mainly get to hear a handful of instrumental works he composed in the Cöthen years, a full 30 years before he died, and a few cantatas and passions that have worked their way into the popular repertoire.

With so much of Bach’s music left forgotten and on a shelf somewhere, it’s time to bring it out and give it a listen so we can decide for ourselves whether it’s any good. I’m especially happy to see that the Toronto Bach Festival, now in its second year, is willing to show us a side of Bach we don’t often get to see. Hosted by St. Barnabas Anglican Church (361 Danforth Ave.) and led by Tafelmusik oboist John Abberger, we’re going to hear Bach the vocal composer (Cantatas 150 and 161, along with, yes, Brandenburg 6 and an oboe concerto May 26 at 8pm), the St. Mark Passion (May 28 at 3:30pm) and some keyboard works that aren’t fugues (Chris Bagan’s solo recital of the Six Little Preludes and a solo keyboard capriccio May 27 at 2:30pm). I’m excited to see that the festival is both willing to dust off some of Bach’s less well-known works for us to enjoy as well as to pay homage to the Cult of Bach. (Yes, despite my tendency to rant about my misgivings, I have yet to rescind my membership).

It’s fun to argue about a musician’s legacy 200 years after the fact, but there are musicians in this city today whose legend has yet to be written. One such musician who is about to make a mark on the classical music scene in Toronto is Elisa Citterio, who after what seems like an epic search, has just been named the new artistic director of Tafelmusik as of last January. Citterio has been concertmaster and soloist of the Accademia del Teatro alla Scala di Milano and has been based mainly in Italy, playing with such groups as Europa Galante and Il Giardino Armonico. This month, she’ll be leading Tafelmusik along with Ivars Taurins in a program that includes Mozart’s Mass in C Minor and Haydn’s Symphony No.98. It’s repertoire that the group does especially well and I’m anticipating that Citterio will take the group in an exciting new direction in the coming years. You can catch Tafelmusik at Koerner Hall May 4 to 7. And if you’re interested in finding out what Citterio is like, she’ll be interviewed on stage by Robert Harris one hour before each performance.

Any concert, whether in Josephine Austria or contemporary Toronto, runs the risk that its paying public may not like or understand the music performed or interpreted, but you can avoid a great deal of that risk by making your concert a clandestine affair attended by a select few. This seems to be the thinking behind La Rêveuse’s concert, “Folies d’Espagne” which they’ll be performing at a secret location on May 11 at 7:30. The French-based group, founded by lutenist Benjamin Perrot and viola da gambist Florence Bolton, has been giving concerts since 2004. The group has decided to make this concert (sponsored by the publishing company Atelier Philidor) open to just 25 attendees; 80 bucks will get you a ticket to the concert, a free facsimile score and CD, and a chance to party with the group afterwards, but you have to contact 647-390-6037 or
emma@atelierphilidor.com before this concert sells out, which makes it very likely that by the time you’re reading this, it’s already too late. Then again, maybe the best way to make a reputation is to make music that’s unavailable to the general public and make them think they’ve missed out on something elite and exclusive.

David Podgorski is a Toronto-based harpsichordist, music teacher and a founding member of Rezonance. He can be contacted at earlymusic@thewholenote.com