In my last column I briefly introduced the new museum in town, one which is positioning itself to be a significant world music venue and curator: the Aga Khan Museum. Having opened its doors only in the third week of September, its inaugural music festival featured the renowned Yo-Yo Ma and the Silk Road Ensemble, a group which has collaborated since 2000 with the Aga Khan Music Initiative in concerts elsewhere.

Music is one of the prime “focus areas” of the Aga Khan Development Network, the larger entity behind the museum: the proof is that five groups are being presented in November and four in December. But is the museum really positioned to “become both major cultural destination and player in very short order” as touted by James Adams of The Globe and Mail, or “a vital new addition to Toronto’s cultural landscape” as augured by David Dacks of the Music Gallery?

As I promised, I set out to take a closer look at the AKM and its music programming. I arranged an interview and tour with Amirali Alibhai, the AKM’s head of performing arts and chief architect of its curatorial vision.

I made my trek to the stretch of Don Mills where the museum is sited, north of Eglinton Ave. and between Don Mills Rd. and the D.V.P., on a cool, rainy October weekday afternoon. To a downtowner it may seem “up there” on a mental map, but on an actual map of Toronto, it is not far from the geographic centre of the city. Located on Wynford Dr., the museum is across the street from the notable modernist mid-century Raymond Moriyama-designed Japanese Canadian Cultural Centre where I’ve enjoyed many memorable cultural events, and only a few blocks north and east of the Ontario Science Centre.

Coming face to face for the first time with the imposing white stone-clad AKM building, the new museum on the block’s standards of architectural excellence are self-evident. The 10,000 square-metre building, the design of prize-winning architect Fumihiko Maki, skillfully melds postmodern and Islamic design elements and aesthetics. The monolithic building itself is set in a formal garden within expansive grounds where multiple black infinity pools form a traditional char bagh, a Persian-style four-part garden. The pools evocatively reflected and reframed the rainy Don Mills sky as I walked up to the museum’s dramatic front entrance.

Amir Alibhai led me directly to the 336-seat auditorium, the primary venue for music performances. With teak floors and stage, graced with a high, multifaceted white dome, it’s one of the architectural focal points of the AKM. “It’s an ideal site to present an intimate and powerful experience for audiences,” he says, where they can look forward to “varied and innovative cultural programs throughout the year, including music, dance, theatre, book readings and films.” I haven’t had a chance to hear music there yet but the empty space feels intimate and quiet, an acoustic sound-friendly space, underscored by the lack of air ducts in the hall, with ventilation coming from under the seats.

To ward off the early fall chill we sat down for the interview with invigorating cups of dark hot chocolate strengthened with a shot of espresso. The museum’s small café is right next to a square glassed-in courtyard through which sunlight (and reputedly moonlight) filters through Arabic-inflected mashrabiya patterns etched in the glass. Alibhai has already vetted the courtyard as an alternative performance venue, though with five very hard surfaces it’s undoubtedly a reverberant one. He related that a recent performance of Sufi whirling and its accompanying music “worked very well in the glass-walled courtyard, granting both an effective personal ritual space for the performers, as well as allowing the audience to see the performance thorough the glass walls, if they so wished.”

Prior to moving to Toronto to take his AKM position Alibhai was a 40-year Vancouver resident with an extensive career in arts administration – and significant for readers of The WholeNote, a lifetime background in music. He has worked as an exhibited artist, a curator, educator and facilitator of visual and community-based arts for over 20 years. “I was part of the team that initially developed and ran the Roundhouse Community Arts & Recreation Centre” he said, referring to the innovative arts-centric Yaletown, Vancouver organization whose mission is to “celebrate diversity ... of people, values, ideas and activities.” He has also developed a national perspective, having served on national arts boards such as the Canada Council for the Arts and the Canadian Conference of the Arts. He has clearly had plenty of opportunity during his career to consider the place of the performing arts in public-access spaces. “It may not be obvious to the core identity of the museum that it may also serve as a venue for a series of live concerts and dance performances. But I’m at the table at every curatorial meeting working to closely integrate my programming with planned exhibits,” he says.

The AKM is the first institution in North America “dedicated to the arts of Islamic civilizations.” It’s a goal clearly reflected in the exhibit halls. Visitors can see it in rare and exquisite editions of the Koran, in the sensuous paintings, illustrations, calligraphy, early scientific instruments, sumptuous silk clothing and carpets, as well as 21st-century artworks confronting and reinterpreting the traditions displayed in galleries closer to the entrance.

Its stated Toronto mission as an oasis of diversity and dialogue is, “to foster a greater understanding and appreciation of the contribution that Islamic civilizations have made to world heritage ... through education, research, and collaboration.”

I ask where live music fits in. “In terms of [our] music programming the vision is to bring the highest calibre of traditional and contemporary performing artists from the broad diaspora of Muslim cultures to audiences. Music is particularly well suited as a creative medium that inherently engages artists and audiences in cross-cultural understanding and dialogue. “ 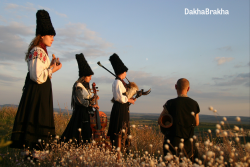 Concerts at the Aga Khan Museum: In an earlier interview AKM educational consultant Patricia Bentley talked about how Islam has always responded to local traditions.” Alibhai’s programming choices to date put that vision into action. In November the five acts over eight concerts demonstrate an even-handed admixture of Canadian, international and local talent, some embedded in the global Islamic community, but also some only peripherally engaged with it.

The series launches November 1 with the show “Memory and Presence of Rumi: Mystic Music of Iran.” Presented by an international group consisting of a quartet of Persian musicians and a dancer, it is co-led by the prominent kamancheh (bowed spiked lute) player and composer Saeed Farajpouri and the Vancouver tar (plucked long-necked lute) master Amir Koushkani. Siavash Kaveh on the frame drum daf, Araz Nayeb Pashayee on the goblet drum tombak and Farzad AJ dancing the whirling Sama round out the ensemble. The concert’s theme is the poetry of Rumi, the great 13th century Sufi mystic. His works and ethos still resonate today across centuries and cultures.

November 8, the focus shifts to a local quartet of singers, but one with an international gaze – Nazar-i Turkwaz (My Turquoise Gaze) – a relatively new collective comprising Brenna MacCrimmon, Maryem Tollar, Sophia Grigoriadis and Jayne Brown. For over 30 years they have individually been collecting and performing traditional repertoire from various regions on or inland from the Mediterranean, in groups such as Maza Meze, Mraya, Doula and Altin Yildiz Orkestra, counting several JUNO nominations along the way. In a Facebook chat with MacCrimmon, in Turkey at the time, she confirmed that “the repertoire is a potpourri of Balkan, Greek, Turkish, [Middle Eastern] and beyond ... with lots of harmony [in our singing].” I don’t want to wait for the album, but plan to enjoy the sweet harmonies live.

The established local group Autorickshaw mount the AKM auditorium stage on November 15. This award-winning genre-bending group is no stranger to these pages. I gave the group’s terrific new album The Humours of Autorickshaw a resoundingly enthusiastic review on July 8, 2014 in The WholeNote. The lineup this night consists of vocalist Suba Sankaran, Dylan Bell (bass/keyboards), Ben Riley (drums), John Gzowski (guitar) and Ed Hanley (tabla). This is the last chance for Toronto audiences to catch Autorickshaw before their trio configuration heads off to India and Nepal on an unprecedented two-month subcontinent-wide tour of ten cities.

Skipping to November 27 and 28, Toronto audiences get another chance to hear one of today’s stars of world music, DakhaBrakha. They are presented with the support of Small World Music. Founded on solid taproots of Ukrainian village songs (and dress), these Kyiv-based performers add musical instruments and vocabularies of other cultures. Moreover they present their songs with the use of popular music microphone techniques, powerfully sung melodies and a theatrical performance art sensibility. It all makes for a striking show, the energy and attitude of which resonates with even those for whom their lyrics are a mystery.

Another performer with a growing international reputation is the Pakistani Sanam Marvi, emerging as an outstanding singer of ghazal, Pakistani folk songs and Sufi music. She gives two concerts on November 29 and 30. Marvi, a student of her father, Fakir Ghulam Rasool, devoted years of study to Sufi poetry and today is recognized as one of the leading singers in that tradition to emerge from the Sindh. Whether singing in Urdu, Sindhi or Saraiki, her aim is to “reach across generations and cultures” with her songs.

December 5 and 6 the Aga Khan Museum presents its first multimedia performance, the world premiere of “Siavash: Stories from the Shah-Nameh.” Written and directed by composer and award-winning sound designer Shahrokh Yadegari, this “page-to-stage” work explores the trials of Prince Siavash as depicted in the Persian epic Shah-Nameh (Book of Kings) through storytelling, music and projected images. Numerous manuscripts of this popular poem written by the Persian poet Ferdowsi between 977 and 1010, and illustrated over centuries, are on permanent rotational display at the museum. The cast of Siavash features Gordafarid as the naqal (narrator), Siamak Shajarian (vocalist) and Keyavash Nourai (violin, cello, kamancheh). This world premiere music theatre work neatly aims to bring centuries-old manuscripts alive on stage. 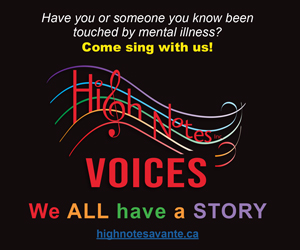