Apologies for complicating things, but jazz is complex, and after all, the first part of the title is “Notes Toward…”. In all honesty, I may never arrive at a definition of jazz which is satisfactory – indeed, that may be impossible – but I’m trying to assemble the essential elements of the music and what makes it distinct from others and it occurred to me that the individual freedom essential to jazz extends not just to a player’s personal sound, but also to matters of rhythm and phrasing: Coleman Hawkins did not phrase eighth notes like Lester Young did and Wayne Shorter doesn’t phrase eighth notes like Young did, and so on down the line. And no two drummers play the iconic skip-beat on the ride cymbal the same way – not quite.

As to the use of blues tonality, I think we can all agree that it has been prevalent in jazz throughout its history. Not just on the standard 12-bar blues form, or in the obvious use of blue notes, but as a pervasive stylistic influence informing matters such as pitch, vocalism, sound, phrasing, spacing, vibrato (or the lack thereof) and above all, emotion; the feeling in jazz. To be sure, this blues influence is not exclusive to jazz; it can be heard in country and folk music, and in rock ‘n’ roll, but in jazz it’s much more central, more varied and subtle, even to the point of abstraction. Every time you hear a great jazz player – from Louis Armstrong to Ornette Coleman and beyond – put a buzz or a smear or a bend on a note, or play what seems like a wrong note, you’re hearing the blues. Lester Young could play the most obvious note – the tonic of a chord – and invest it with an extraordinary feeling; the feeling of the blues.

But what makes this so interesting is that jazz players apply it to all manner of material. Think Charlie Parker, for example. As Roy Haynes once said, “When Charlie Parker plays Laura, he’s playing the Laura blues.” That is to say that Bird superimposed blues feeling on everything he played, no matter how complex or seemingly far-removed from the blues. Miles Davis also did this all the time and his playing on Concierto de Aranjuez is a classic illustration; only someone with a deep and intrinsic blues sense could play a written melody with that kind of feeling. And then there’s what he does later while improvising; it’s blues from start to finish. And while the blues derives from black musical culture, scores of white players used real blues feeling in their playing too: Bix Beiderbecke, Jack Teagarden, Pee Wee Russell, Stan Getz, Zoot Sims, Lee Konitz, Bill Evans, Jim Hall, Keith Jarrett and on and on. This has also extended well beyond the borders of America, its place of origin. Listen to Jan Garbarek’s sound, or Kenny Wheeler’s, or Barney Wilen’s, and tell me you don’t hear blues. As the name of one of Manny Albam’s records proclaims, the blues is everybody’s business; it’s not absolutely ubiquitous in jazz, but it’s certainly never very far away, either.

So, on to the “which swings” part of my definition, which I fear might be contentious to some who feel that swing in jazz is old hat, or even irrelevant today. Perhaps part of the problem is the term “swing” itself, which has become almost a dirty word with all kinds of connotations and associations some find confusing or too wrapped up with the distant past: the Swing Era, swing bands, swing dancing, a kind of feel-good, beer-barrel approach to jazz, not to mention the sexual partner-swapping sense of it. But jazz has always had a unique rhythmic vocabulary, a pulsing drive, which has separated it from other kinds of music, and ever since Louis Armstrong arrived, this has been known as swing, or swinging. I don’t see it as feasible to dispense with a term so entrenched in usage, one so tied up with jazz history. We could use eggheaded terms like “rhythmic elasticity” or “undulating momentum” or “syncopated forward motion” but why bother when swing captures all of these qualities in one simple (though devilishly hard-to-define) word. 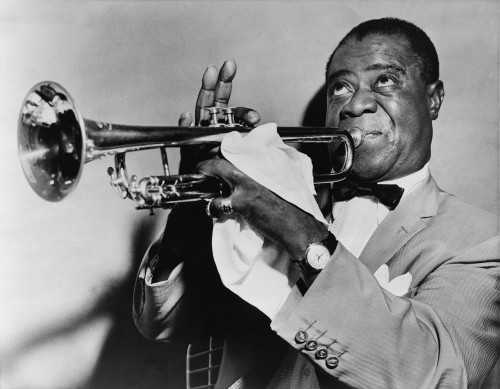 What is swing, exactly? I don’t know that it can be defined any more than time can, or life, for that matter. I know it when I hear it, and like to think that I can do it, and also know when it’s not happening. It’s a special rhythmic feeling that is particular to jazz and has continued to evolve just as the music has. It has to do with elasticity, with tension and release, with not assigning strict or straight values to notes, yet it requires a split-second accuracy of timing. It takes place on many levels which interact in a jazz band – as in the melodic phrasing of a soloist against (or with) the united groove of a rhythm section, or even in the divided roles of a solo pianist’s two-hands section. On a technical level it has to do with the imposition of the triplet feel on eighth and quarter notes, but there’s much more to it than that. Swing is not simple or reducible, there’s a magic and levitation to swinging at its best which cannot be easily explained or understood, but can only be felt. All I know is that the best jazz I’ve heard or played has this feeling in some manner, and continues to. Swinging is not just a feel, it’s the sum total of a whole bunch of things going right at the same time, but with seeming effortlessness.

There are those who feel swing is no longer relevant today because jazz has taken on so many other rhythmic concepts and influences in recent times: the bossa nova and other Latin rhythms, the straight-eights of rock, odd-meters, and so on. This is true to an extent; none of these idioms swing in the Count Basie or Louis Armstrong sense. But part of the history of jazz is following how swinging has evolved. Each school or style of jazz, from New Orleans to the Big Bands to bebop and cool and post-bop and beyond has swung in its own way. I would argue that if you listen closely to jazz musicians today playing a straight-eights tune or in odd meter, there’s still some swinging going on in their phrasing, in the rhythmic freedom they achieve. It’s not just a matter of the drummer going “ding-ding-a-ding” or the bassist laying down a walking 4/4; the elasticity of swing can be, and is being, applied to these newer concepts. A jazz-informed drummer will not play a simple rock beat the way a rock drummer would: it’s a subtle thing, but it will be lighter, more undulating, the corners will be rounded off a bit. And the same goes for soloists improvising in these seemingly straighter rhythmic styles: their eighth notes are generally not even, if you listen closely.

It’s impossible to imagine the history of jazz and its evolution without swing, it’s as much what separates the music from others as any single element. Once Louis Armstrong taught the world how to swing, as the phrase goes, jazz was set on a course unlike that of any other music. People could feel the difference, not just in their minds, but in their feet. Just as fat is what makes food taste good, swing is what makes jazz feel good; it adds a visceral layer to the music. And although there are some who lament that swinging is dead, I would argue that it lives on in new ways and I’m hearing a lot of younger players coming to grips with it. It is to me the hardest thing to do because it requires both discipline and a commitment to spontaneity. And it’s a curious thing, but those I hear pooh-poohing swing as old-fashioned never want to be told that they don’t swing. It’s still a mortal insult, just as the ultimate compliment a jazz band can hear is “Man, you cats be swingin!”

A last word about why swing matters. A jazz group, even a large one, can’t really be expected to rival a full symphony orchestra in terms of range of colours, dynamics, volume, etc. But a jazz band, even a trio, can do something an orchestra can never do: swing and improvise, while making music out of thin air. But improvising has no particular meaning or value in and of itself if it takes place in a vacuum. It must have context and there must be some resistance to prove its mettle. And this resistance comes in the crucible of heat which swinging provides. It’s relatively easy to improvise without anything getting in one’s way, but swinging improvisation is what makes jazz so compelling.

For obvious reasons in these far from normal times, I’m foregoing the normal live music Quick Picks usually appended here. Instead, for solace and to pass the time, I suggest you go find something on Youtube by each of the 21 musicians named in paragraphs 2, 3 and 4 of this essay, swingers all. You’ll know “it” when you hear it.

I sincerely wish that all WholeNote readers, my fellow musicians among you, stay safe and well during this pandemic crisis.

Toronto bassist Steve Wallace writes a blog called “Steve Wallace jazz, baseball, life and other ephemera” which can be accessed at Walllace-bass.com. Aside from the topics mentioned, he sometimes writes about movies and food.