In the dog days of Toronto’s musical summer, while the halls are lying dormant and musicians gigging on the Ontario festival circuit, two weeks of intense art song training will take place at the Toronto Summer Music Festival (TSM). Out of 90 applicants this year, eight singers and four pianists chosen by video auditions will work on all aspects of art song with international mentors, Christoph Prégardien and Julius Drake, and the head of Collaborative Piano at U of T and Canadian Art Song Project co-artistic director Steven Philcox. Tuition fees are covered by scholarships, which in turn are underwritten by TSM donors. Each week of work will be crowned with a group recital, in a program that will emerge organically from the training repertoire tackled. 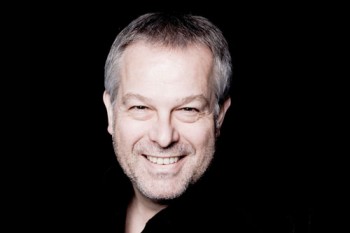 There will also be the opportunity for the Art of Song Institute singers and pianists to join forces with the fellows of the Chamber Music Institute, the other arm of the Toronto Summer Music Academy. A lucky precedent was set last year, explains Steven Philcox when I phone him on an early morning in May; song students enjoyed working with string players and TSM artistic director Jonathan Crow so much that a repeat was in order. This year, two pieces that call for inter-Institute collaboration will be in the final concert: a Menotti number and Chausson’s Chanson perpétuelle for soprano, piano and string quartet.

Each of the international mentors is here for one week, though their time will overlap enough to allow for a Prégardien-Drake recital on July 17. Their young mentees will be required to prepare eight songs for each week of the program, 16 songs total. “There will be daily sessions with Christoph, Julius and myself, and a lot of focused diction and language study,” says Philcox. “Michael Albano, resident stage director at the U of T Opera, will give a full session on recitation of poetry, away from the music – getting back to the words – and this is both for singers and pianists. They’re all required to prepare a piece of poetry from memory.” 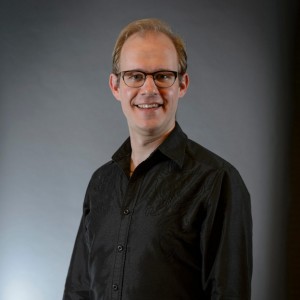 What songs exactly the singers end up working on during those two weeks of close collaboration with Drake, Prégardien and Philcox depends in part on their own interests. The repertoire is discussed early on in the selection process. “We audition everybody through the Young Artist Program tracker, and singers can upload their videos and submit their repertoire online. That way we can audition internationally.” The TSM artistic panel then looks at the applications and makes the selection.

Both the Festival and its Academy are loosely programmed around a theme each year, and this time it’s Reflections of Wartime. “At least some of the songs that the singers bring will be required to fit the festival theme. I ask the singers for 16 to 20 songs and out of those I am able to assemble the rep,” says Philcox. The final list of songs will also depend on who the mentors are and what their area of specialization is. “Christoph Prégardien’s wish was to focus on German lieder and we’ll have quite a bit of Schubert and Schumann – and a lot of students really wanted to work on Schubert with him.” There are two tenors, two sopranos and four mezzos, and in the self-generated repertoire there wasn’t much overlap. “Even within the same voice type,” he adds. “One mezzo happens to be closer to alto and she’s looking at some of the Mahler Kindertotenlieder and Debussy’s Chansons de Bilitis.”

Here is the class of 2018: pianists Frances Armstrong, Leona Cheung, Pierre-André Doucet and Jinhee Park, sopranos Maeve Palmer and Karen Schriesheim, tenors Joey Jang and Asitha Tennekoon, and mezzos Lyndsay Promane, Danielle Vaillancourt, Renee Fajardo and Florence Bourget. A couple of the local names will be familiar to Torontonians – Promane and Palmer certainly, as well as tenor Asitha Tennekoon, who has just wrapped up in the first run of the newly composed The Overcoat at Canadian Stage here and in Vancouver.

The young tenor moved to Toronto only four years ago, but since then we’ve seen him in roles in just about all the core companies of the indie scene: Tapestry, Against the Grain Theatre, MY Opera, Opera Five and Bicycle Opera Project. I caught up with him over Skype while he was travelling through BC to ask him about his interest in the art of song and the kind of detailed work that the TSM Academy offers.

“My first TSM Academy was two years ago, actually,” he says. “This year when I found out who the mentors are going to be, I decided to apply again. I’ve listened to Prégardien for a long time, and know his work. Whenever I have to work on Bach cantatas and passions, I look for his versions. As a tenor, I think I might end up doing a lot of rep that he’s done.”

Tennekoon’s rep this year will be British songs and a lot of Schubert lieder. “I’ve done Schumann, I’ve done Wolf, but somehow never taken the time to study Schubert.” And since working on Schubert’s larger song cycles would be somewhat impractical in the context of a two-week summer school, he ended up choosing a few songs from Schwanengesang. “I love those pieces; they speak to me,” he says.

“Lieder in general. There’s something about the way those songs delve into human psyche that really engages me. How the poet and the character in the song put something across, deal with something in a matter of just a couple of minutes – and often so powerfully. That really makes me want to work on it and figure out why and how this happens.”

Part of it, he says, is that there are no operatic visuals, no plot development and no colleagues onstage to help build the character and help you make your case. “There’s an immediate spotlight – you dive straight in. I love that challenge. You can’t move around, there’s nowhere to go.”

One particular song from Schwanengesang in particular drew him in: Der Doppelgänger. “When I first heard it, it surprised me that it was Schubert. The way the harmonies worked, it all felt like Mahler – that sense of pathos and death to it.” 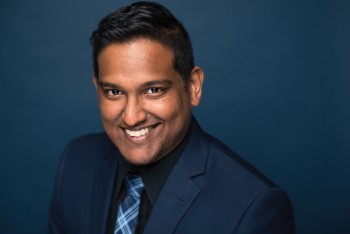 After the Academy and in addition to Schubert, Tennekoon will continue to explore Britten’s vocal opus. “I love the way [Britten] writes for the voice,” he says. “I’ve already done a bunch of Britten songs and would like to continue singing Britten as much as possible.” Schumann too, and the French rep eventually. Contemporary music almost goes without saying. “Doing new music is the most enjoyable thing about my time in Toronto so far. Working with Tapestry, you kind of get thrown into it and I absolutely love it. Taking part in something out there that’s never been heard before, getting to talk to the composer and librettist and ask them questions and suggest your own ideas – it’s one of the most exciting parts of this business.”

But first , back to Bach. Tennekoon returns to Stratford Summer Music for the Coffee Cantata later in the summer, and there are a few solos in the Matthew and John Passions in the near future. And in the spring of 2019, a house debut at the Opéra de Montréal in what’s been billed as a jazz opera with boxing, Champion.

The joint reGENERATION recitals by the Art Song and Chamber Music fellows take place on July 14 and 21, 1pm and 4pm on each day in Walter Hall, Toronto; tickets are available at TSM’s website.

Tapestry Opera is partnering with Pride Toronto for a three-day festival of naughtiness titled “Tap This” on June 7, 8 and 9. Soprano Teiya Kasahara will subvert operatic tropes about female characters in her haute butch style. Joel Klein (as his drag alter Maria Toilette), Kristina Lemieux (as Vadge) and Gutter Opera Collective will present “Cocktales”: salacious and tender first-person retellings of early sexual experiences. There’s more: the complete program and tickets can be found on Tapestry’s website. 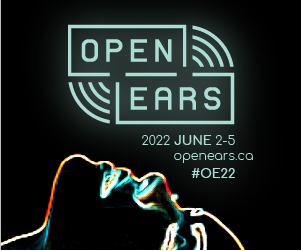