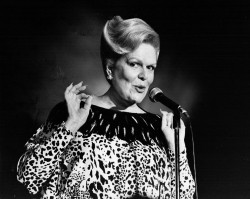 Der Abschied (The Farewell), the longest movement of Mahler’s Das Lied von der Erde (The Song of the Earth), is among the greatest achievements of humankind. I can already hear some readers objecting, why not the entire Song of the Earth – yes, the cycle is a superb creation, but other songs are overshadowed by the final chapter. I’ve always found the preceding short songs that Mahler gave to the tenor something of a prank, especially The Drunkard in Spring. Is this a sly comment on the silliness of tenor characters in the history of opera, one wonders? The tenor song that opens the cycle, The Drinking Song of Earth’s Sorrow, cuts to the chase a little too quickly. His third song, Youth, sounds comparatively simple-minded, bordering on folksy, even though the lyrics are more ambivalent. The contralto or mezzo, the second voice in the cycle, is on the other hand immediately given gravitas and complex sonic tapestry in both of her shorter songs, The Solitary One in Autumn and Beauty. But I rush to any live performance of The Song of the Earth that I can find for the 30-minute mezzo-sung Der Abschied. I worship it impatiently, that I will concede. It is this song cycle’s summit; more precisely, it is its realization. 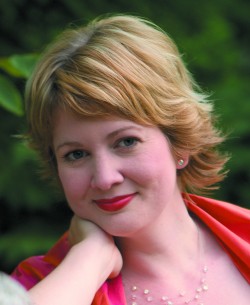 On October 19 and 20, it will be the TSO’s turn. Das Lied von der Erde will conclude the two concerts in honour of Maureen Forrester, Canada’s best known contralto of the previous generation, who has sung Mahler under the baton of Bruno Walter and Otto Klemperer and was in fact a crucial part of the postwar revival of interest in Mahler. While the hour-long cycle could warrant a concert all on its own, two shorter pieces are also on the program: the 15-minute-long TSO-commissioned L’Aube for Mezzo-Soprano and Orchestra by Howard Shore and a two-minute sesquie by John Abram titled Start. Mezzo Susan Platts and tenor Michael Schade will sing; Peter Oundjian conducts; Ben Heppner hosts.

The poetry of The Song of the Earth has roots in classical Chinese poetry, but only loosely and by way of multiple mediations. It can be tracked down to the 1867 Le Livre de jade, a collection of adapted (read: rewritten) Chinese poetry by a 22-year-old amateur translator, Théophile Gautier’s daughter, Judith Gautier. Gautier was in her late teens when her father hired a tutor of Chinese origin, Ding Dunling, for the benefit of her and her sister’s education. Judith Gautier was an eager apprentice; so eager that a few years later, still not quite fluent in Chinese, she started copying Chinese poems from the French national library archives and took it upon herself to translate them. Very little Chinese poetry had been translated to any European language at the time, but there was clearly demand for it: The Book of Jade has since accrued many reprints and editions (latest French reprint was in 2004) and translations to several other European languages, including German. The version that reached Mahler and affected him so was the book’s third German adaption, Die chinesische Flöte by the poet Hans Bethge (1876-1946), sent to him by a friend in 1907.

Mahler was recently bereaved (he had lost a daughter at the time) and had just learned of his own heart condition, a diagnosis that did not leave much reason for optimism (in fact, he died soon after, in 1911). For Der Abschied, he used two of Bethge’s poems attributed to Mong Kao-Jen and Wan Wei, to which Mahler liberally adds his own verses. The end result is beautiful, undemonstrative text – devastating yet somehow unsentimental, like the music Mahler set to it. A first person narrator awaits a friend for their final farewell, while observing nature’s quieting of a sunset. The friend finally arrives, goodbyes are said, departure takes place, but the final verses are given to the life that goes on, the cyclical regeneration of the natural world, the Earth that will continue even if we are not around to see it. Structurally, interludes, recitatives and arias alternate, orchestration ebbs and flows until the Funeral March gives rise to its own song within the song. The melodic material moves between the woodwinds, horns and violins, in physical, almost tactile ripples, twirls, sweeps and risings. When thoughts of the beauty of life appear among the verses, the music swells. Sometimes, the sound recalls familiar voices of nature, and at other times things get complicated; we are there to give in, not understand. Pauses are important. Each part gets extinguished before we move on to the next one. Morendo appears among Mahler’s markings in the score. Structurally, too, there is dying in Der Abschied.

Then, a change of voice mid-way. After the Funeral March, the first person narration turns to the descriptive third person – from an “I” that shares its impressions and feelings (“I stand and wait for my friend …where are you?”) to a “he” as if narrated by an observer. (Bethge’s version maintains the first person address; this change is entirely Mahler’s.)

So what is happening here? Interpretations vary greatly, but I was struck by the one I found in musicologist Andrew Deruchie’s paper in a 2009 volume of the journal Austrian Studies (‘Mahler’s Farewell or The Earth’s Song? Death, Orientalism and Der Abschied,’ Austrian Studies, Vol. 17, Words and Music), discovered while I was trawling the TPL article databases looking for new writing on Das Lied von der Erde. Death does not take place at the end of Das Lied, Deruchie argues; the first-person narrator dies before the Funeral March and the Funeral March is precisely for him/her, not in anticipation of departure. “In Part I the protagonist is the speaking (singing) subject, but in Part II his voice has vanished, and his words are merely quoted by the narrator. The music, one might say, no longer emanates from him,” writes Deruchie, connecting this to the Taoist tradition, “where in death individual subjectivity is folded into nature’s eternal cyclicism: just as spring follows winter, the narrator tells us, the earth blossoms anew after the protagonist’s death.”

I don’t know that it is exclusively about Taoism. Buddhists among my readers will interrupt with “But that’s us, too” and so could the atheists and the scientists. What’s certain is that Das Lied steps away from and leaves behind the Christian paradigm, not a small gesture by a composer who has used that same paradigm without moderation in many of his other works. (I cannot stand the Resurrection Symphony. It offers a coy, calculating consolation, as opposed to the radical, uneasy one of Das Lied.)

What the final part of the final part of Das Lied von der Erde, the ultimate song on finality, always brings to my mind is the pages near the end of the Dutch novelist Cees Nooteboom’s book The Following Story. It too is a unique and extraordinary work of art on trying to accept the fact of dying. Its protagonist goes to bed alone in his Amsterdam apartment one night, only to wake up in Lisbon next to the love of his life, except many years earlier than the present day. What is he doing there? The journey goes back in time (protagonist’s) and deep time (through antiquity, as the narrator is a classics professor) and we gradually gather that he has crossed the Lethe, and that time and space are not anymore how he’s known them to be. He is perhaps still lingering, for the duration of the novel, in the in-between before the final farewell, just like the spirits of George Saunders’ Lincoln in the Bardo tarry and refuse to understand their condition and really pass on. But in due course, Nooteboom’s professor too is ready to go (in translation by Ina Rilke):

It was not my soul that would set out on a journey, as the real Socrates had imagined; it was my body that would embark on endless wanderings, never to be ousted from the universe, and so it would take part in the most fantastic metamorphoses, about which it would tell me nothing because it would long since have forgotten all about me. At one time the matter it had consisted of had housed a soul that resembled me, but now my matter would have other duties.