There are several song events worth your time this month, but the one that stands out will require a trip to upper Parkdale and Gallery 345, an unusually shaped space that’s becoming the recital hub of West Toronto. On the program for “The Imperfect Art Song Recital” (September 23 at 6pm), conceived by the soprano Lindsay Lalla, there is music by two living composers – Toronto’s Cecilia Livingston and Brooklyn-based Christopher Cerrone – as well as Strauss’ Mädchenblumen, an Anne Trulove recitative and aria from Stravinsky’s The Rake’s Progress, and a brief musical theatre set with Carousel and Showboat songs. 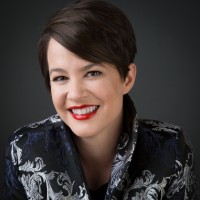 The imperfect as a recital theme may sound unusual, but it’s a question as old as the arts. It’s also a personal notion that kept Lalla focused on teaching and the vocal health of her students and at a distance from performing and concert stage. “My strong technical focus in my teaching carried over to my singing and I felt almost paralyzed trying to find perfection,” she explained when I asked what the story was behind the title. After years of working on other singers’ voices, the minutiae of their development, health and rehabilitation, the goal of perfection struck Lalla as a little overbearing. What if she created a whole program around the fact that there’s no such thing as perfect singing, a perfect lover, a perfect human?

The theme of imperfection runs loosely – er, imperfectly – through the texts of the pieces on the program. “The Strauss songs compare women to flowers and to me represent ‘old school’ classical music where perfection is an appreciated aesthetic,” she says. Livingston’s songs “explore the theme of an absent lover, and I find it really interesting that absent lovers are always perfect.” The character of Penelope, that mythical perfect wife of antiquity, appears in a Livingston song as well as Lalla’s own drawings (she admits to something of an obsession about Penelope) which will be on display at the gallery along with art by clarinetist Sue Farrow created during rehearsals.

Then there’s the Cerrone song cycle on the poetry of Tao Lin. The 18-minute piece for soprano, clarinet, percussion and piano, I Will Learn to Love a Person, can be found in its entirety on the composer’s website; on first listening it sounded to me like plainchant meets American minimalism, with shades of Ann Southam. Its engagement with text is fascinating – and I don’t use this word lightly. Lin is now primarily known as a novelist – Shoplifting from American Apparel, Taipei, Eeeee eee eeee – but he had published poetry as a young writer and Cerrone made a selection of poems that rang particularly true to his experience. The composer’s own statement highlights Lin’s accuracy about “millennial lives” and Lalla agrees, but this Gen X-er can tell you that Cerrone’s piece, like any good music, speaks to all cohorts. (Some of Lin’s fiction, Shoplifting for example, a novella of young impecunious lives in NYC’s emerging ‘creative classes’ flowing on vegan smoothies, band following, brand savvyness, internet, psychological opaqueness of characters and overall scarcity of explicit feeling will remind of Douglas Coupland, who’s probably an ancient writer to the millennials.) Lin made a selection of his poems available online, and I’d recommend listening to I Will Learn to Love a Person alongside the poem i will learn how to love a person and then i will teach you and then we will know to appreciate fully how they enhance one another.

The first piece by Cerrone that Lalla ever heard was this song cycle, and it impressed immediately. To wit: “It hit me hard!” She decided to do the chamber music version and invited two of her best friends, husband and wife Brian Farrow (percussion) and Sue Farrow (clarinet). The pianist and Lalla’s accompanist in other songs on the program, Tanya Paradowski, happens to be their niece. “We’ve been rehearsing up at their cottage, with the sounds of vibraphone over the lake… I can’t imagine what the neighbours must think.

“Because there is so much repetition on just a few notes, the focus goes to the text,” she says of the inner mechanism of the cycle. “Just like in the recitative of an opera, it’s now about the words, and the emotion behind the words. And the accompanying instrumental part is very repetitive, so you instinctively listen to the words to find out what’s going on. So, over top of this unconventionally textured background (quite an unusual mix of instruments!), you get just words. And they happen to be on notes. I think this is a brilliant way that Cerrone is highlighting the directness of Tao Lin’s text.” 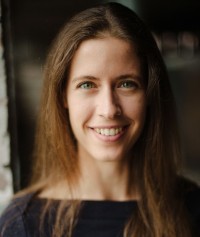 It was actually composer Cecilia Livingston who first recommended Cerrone among a few other composers to Lalla (the two women have known each other from high school). Livingston’s own songs, too, Penelope, Kalypso and Parting, are going to be in the recital. Livingston’s website lists an impressive number of commissions, collaborations and fellowships – including a recent research fellowship at King’s College in London with one of the most interesting Verdian thinkers today, Roger Parker – but also an array of publications and papers both academic and journalistic, including her U of T PhD thesis on “the musical sublime in 20th-century opera, with a particular focus on the connections between the sublime, the grotesque, minimalism and musical silence.” There are also audio files of her work, including a good number of songs. I was eager to ask this vast and curious creative mind about her work.

In which art song features prominently, it turns out. “I just finished a commission for the Canadian Art Song Project, which reminded me that art song is one of my favourite things to write, period! It calls for this very strange close reading: scrutiny of a text combined with a huge, bird’s-eye view of its emotional terrain,” Livingston says. “Northrop Frye wrote about this, and he titled his book from Blake: The Double Vision – seeing a text both for what it is, and for what it can be in the imagination. And then also – for a composer – in the musical imagination, in the ear.”

Her three songs in the Imperfect recital explore a style that she describes as “somewhere between art song and torch song. Penelope and Kalypso are both portraits of Homer’s characters, of women who are waiting; both songs have weird, dark middle sections: one is sort-of-aleatoric and one isn’t, and I can see I was working out different solutions.” With Kalypso, Livingston was looking for a new way to write for coloratura soprano and ended up thinking about scat singing and the Harold Arlen songs she loves, like Stormy Weather. “I think Duncan [McFarlane]’s lyrics for Kalypso are one of the most extraordinary texts I’ve ever worked with: beautiful, intricate layers of language; so much that the music can shade and shadow and shape.”

A pianist by training, Livingston composes by singing as she writes: “It helps me build on the natural prosody of the language and makes sure the vocal line is comfortable: that there’s time for breath, that it’s well supported musically, that it sits comfortably in the tessitura, etc. – even when it’s challenging.” The process of finding a text that will lead to a song is more intuitive, harder to pin down. “I’m looking for something that catches my inner ear: an image, mood, the sound of a phrase. When I come across that, I can sort of hear the music for it, and then I know I can work with it. I don’t hear actual music yet, but I can hear the intensification that music can bring. Which sounds slightly bizarre; it’s probably easier to say I get a particular feeling in the pit of my stomach.”

She doesn’t entirely buy the argument that simple, unambitious or bad poetry makes better (because easier) text to set to music. “Look at the riches of Alice Goodman’s libretti, or the ways that Britten illuminated all sorts of texts. If a writer savours language – its sounds and its meanings – then I’m interested.”

Among the larger projects on Livingston’s agenda, there’s a full-length opera in the works for TorQ Percussion Quartet and Opera 5, with the world premiere in Toronto scheduled for the 2018/19 season and a European premiere in 2020. “I’ve admired TorQ Percussion Quartet’s musicianship since we met in 2008, and I wanted to write an opera with them the moment I saw their incredible performance of John Luther Adams’ Strange and Sacred Noise,” says Livingston. “They have a dramatic physicality to their performances that is perfect for contemporary opera.” And Opera 5 produced her first chamber opera: “We built the kind of really supportive friendship that I wish all young composers could have.”

And what does her music feel like to a singer? Let’s let Lindsay Lalla have the last word: “I adore how lyrical and melodic Cecilia’s songs are. I feel that they were written like mini operas, with so much emotion to explore in once piece… One of her musical instructions in the Kalypso (over the introductory coloratura) says: “Ella-Fitzgerald-meets-Chopin, vocalise-meets-scat.” As a singer, I fell in love with her just from that.”