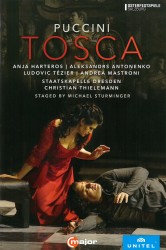 In addition to considering voices, now with video versions available, we may, and usually do, evaluate the sets and the general stage business. Sometimes the staging pleases, sometimes it doesn’t. Sometimes it amuses. I remember a video of a CBC black and white production of the second act with Renata Tebaldi and Louis Quilico. It was credible until Tosca snatches an untapered, round-nosed kitchen knife to do the deed. It was patently obvious to all of us that this knife certainly was not made to penetrate anything. That was the part we each remembered.

This new production is different from all the others that I have seen in some significant ways, all without modifying or interfering with the existing texts, spoken or sung. But actions, it seems, speak louder than words! In the second act as the beautifully performed scene closes and Tosca has left the room, we see Scarpia, who should be lying dead, stir and drag himself across the floor. In the third act we see a group of teenage boys awakening and dressing and then, instead of a military firing squad, five of these blue-shirted boys shoot Cavaradossi with revolvers. More stage business and when Tosca would traditionally run and jump, the wounded, lurching Scarpia arrives with his men; Tosca shoots him and he, now dying, shoots her dead.

The lead singers are perfectly matched. Soprano Anja Harteros is an impressive Tosca with her glorious voice and glowing characterization. She is matched in every respect by Aleksandrs Antonenko as Cavaradossi. Ludovic Tézier is suaver than the usual merciless Scarpia making him even more dangerous. Under Thielemann, the orchestra is right there supporting the singers and heightening the action. The costume and set designers for this 2018 Salzburg Easter Festival performance deserve a lot of credit for putting the cast in the right place. Kudos down the line for the other cast members of this self-recommending performance. 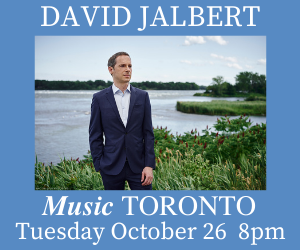