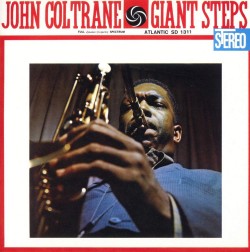 This commemorative two-CD (or two-LP) set presents snapshots of the record’s history. The first CD presents the original LP in all its glory. Including the flying Countdown, the modal Cousin Mary, the shimmering, bittersweet Naima, it’s a work of many moods and genuine mastery.

The second disc, with eight rejected versions of key songs, demonstrates the many paths Coltrane could wend through material that stymied his sidemen. Only bassist Paul Chambers appeared consistently. An initial session with pianist Cedar Walton didn’t appear at all on the original disc, while pianist Tommy Flanagan and drummer Art Taylor required two sessions to record six of the original tracks. A satisfactory Naima was captured seven months later with pianist Wynton Kelly and Jimmy Cobb in a session for a different LP.

Completists will want the Heavyweight Champion, the seven-CD set released in 1995, with nine false starts and alternates for Giant Steps alone, but for most, this set will suffice; a singular step in a great musician’s path.