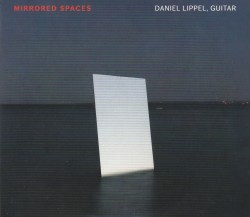 One disc I’ll certainly not be able to do justice in this limited space is guitarist Daniel Lippel’s double CD Mirrored Spaces (FCR239 NewFocusRecordings.com). I would normally be daunted by the prospect of two and a half hours of solo guitar music, but to my delight Lippel has produced such a diverse program that I didn’t notice the time passing. First and foremost, let me state that although he is a truly accomplished classical guitarist, from the dozen composers represented here, there are very few offerings that would be at home on a traditional Spanish guitar recital. Even in pieces such as Lippel’s own Reflected with its quasi-Renaissance feel, our equilibrium is thrown off-kilter by rapid microtonal passages. A number of the pieces involve electronics, live or otherwise. One that particularly struck me was Christopher Bailey’s Arc of Infinity in which I found myself wondering “What if?” the subtle electronic part was transcribed for live cimbalom – how different would that piece be? At any rate, it is extremely effective. While most of the recital is played on a traditional nylon string acoustic guitar, a number of tracks employ an electric instrument, from the gentle harmonics of Sidney Corbett’s Detroit Rain Song Graffiti, to the distortion, feedback and note bending of Lippel’s concluding Scaffold (live). Interspersed throughout the two discs are the nine movements of Kyle Bartlett’s Aphorisms, all using a traditional Spanish guitar, but utilizing a number of extended techniques. If you think you already know what a guitar sounds like, or think that a double CD would be a bit “much of a muchness,” I urge you to check out this remarkable disc.