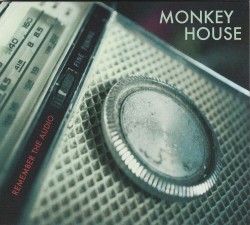 We Will Meet Again

Thirty years is a long time for a band to be together and it’s an even longer time to keep coming up with fresh, inventive songs. But Don Breithaupt, the songwriter, keyboardist, lead singer, producer and all-around driving force behind Monkey House, has done it again. As with their five previous releases, Remember the Audio hits the sweet spot between familiar and fresh and sophisticated and accessible.

For those unfamiliar with the band, Breithaupt has been up front about his love for and emulation of Steely Dan’s sound. And this latest work has that same super tight pop/rock/jazz feel (courtesy of core members Justin Abedin, guitar, Mark Kelso, drums, Pat Kilbride, bass and Lucy Woodward, backing vocals) that SD did so well, while also being very original.

Every one of the 11 tracks is strong and very Monkey House but each has its own charms, too. The title track is a catchy homage to the powerful nostalgia of the music of one’s youth; Skin in the Game has some funky New Orleans nuances (and NOLA resident, Chris Butcher, guesting on trombone); and the beautiful, bittersweet ballad, New York Owes You Nothing, haunts.

Breithaupt explained that although most of the music was written pre-pandemic, some of the lyrics were written during the first dark months of lockdown, so there’s an understandable sense of foreboding to some of the songs, in particular the punchy opener, The Future Is Almost Gone and The Last Days of Pompeii (“Will the last one out of L.A. kill the light”). The closing track wraps things up fittingly: Mose Allison’s Ever Since the World Ended, although penned in 1987, could have been written last week the way it wittily evokes our current times.