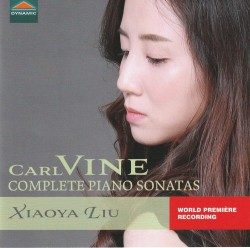 Australian Carl Vine (b.1954) has written at least eight symphonies, nine concertos, six string quartets and 40 scores for dance, theatre, film and TV, but “only” four piano sonatas, ranging from 15 to 19 minutes in duration.