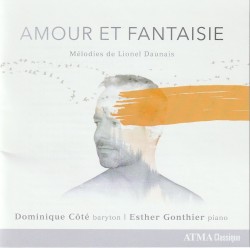 Côté writes in his liner notes, “his music speaks to me and moves me,” which comes across in his Daunais homage, understandable even with my working knowledge of French. He loves these songs, and so should listeners!