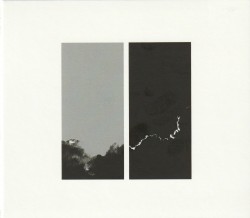 When Karlheinz Essl (b. Austria 1960) was approached by the Orpheus Trio in 2002 to arrange an existing string-trio version of the Goldberg Variations with the addition of live electronics, his initial reactions were “astonishment and bewilderment: how could that be possible with this music? Was there any artistic necessity of doing so? The idea of manipulating the sound of the live instruments electronically, of ‘spicing it up,’ seemed almost sacrilegious.” The trio was persistent however and this eventually led to the first of four (so far) realizations of Gold.Berg.Werk: for string trio; for harpsichord; for saxophone quartet; and, most recently, for piano. It is a recording of this last variety, featuring Xenia Pestova Bennett (Ergodos ER33 essl.at/records/goldbergwerk-2021.html), that arrived on my desk last month. In Gold.Berg.Werk – a pun on Goldberg Work and Gold Bergwerk (to mine, as in mining for gold) – Bach’s Goldberg Variations are “confronted with electronic sounds that are played between groups of variations, bridging the gap between the sound world of the Baroque era and the sonic reality of the third millennium.” The electronics are based on the harmonic progression of the fundamental Aria, from which the composer stripped all figurations and ornaments. Through manipulation of the overtone spectrum and the use of granular synthesis – compressing, stretching, and stopping forward motion ad libitum carried out in real time with the help of compositional algorithms – Essl has created five electronic interludes, which in live performance are spatially projected in surround sound throughout the auditorium. Even in the binaural mix for CD the sound is immersive and compelling. Pestova Bennett’s outstanding performance of the selected movements, 20 variations chosen by Essl and arranged in groups of five, bookended by the signature Aria, is beautifully integrated into the overall fabric of this “new” work. Regarding Essl’s question as to whether there was any artistic necessity to enhance such an iconic piece in the first place, I suppose we each have to decide for ourselves. For me, Gold.Berg.Werk has brought a new perspective that, after initial resistance to the idea, I have embraced and found enchanting.