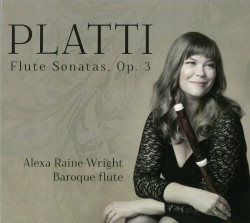 Sonata No. 3 in E Minor, I. Allegro mà non molto