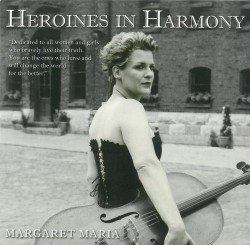 The following review is an excerpt from Editor's Corner (February 2019) which can be read in its entirety here.

One of the most memorable moments while courting my wife Sharon was one evening visiting my friend Sheryl’s mom’s farm in Bowmanville on a warm August summer night back in 1979 or 80. The occasion was a birthday party for one of Sheryl’s brothers – a tradition carried on to this day, now with the most incredible live music gatherings in Sheryl and Brian’s backyard overlooking Musselman Lake. It has become a multigenerational affair and a great time is always had by young and old and everyone in between. But it is that first occasion which has stuck with me over all these years, specifically the visceral experience of hearing Led Zeppelin’s Kashmir blasting out from an incredible sound system set up across farm fields more than a quarter of a mile away. From then on Kashmir became an anthem of sorts for Sharon and me. Since that time I have heard a vast array of interpretations of that iconic work in any number of instrumental combinations. Some of the most effective have been cello ensemble performances, a formation close to my heart, but I must say as impressive as they have been, none hold a candle to the original.

These thoughts came to me when I put on the latest release from Canadian cellist Margaret Maria – Heroines in Harmony (enchanten.com), which won a silver medal at the Global Music Awards in 2018 – not because it includes the Led Zeppelin classic – it doesn’t – but because of the sheer power of the opening track Stand Tall. As I listened in awe to Maria’s multi-layered cello – a virtual wall of sound – I had no idea of the context of the music. In fine print on the cardboard slip case it states “Each track is honouring a CANADIAN woman who inspires me.” I had to visit the website noted above to find out “Who they are and how the music embodies their legacy.” It turns out that the dedicatee of that most powerful first piece is Buffy Sainte-Marie whose authorized biography by Andrea Warren I had just finished reading (cf. the coincidences/connections I was talking about in December’s column!). Other tracks are inspired by such notables as astronaut Roberta Bondar, Snow Birds commander Maryse Carmichael, ballerina Evelyn Hart and civil-rights icon Viola Desmond, among many others. In an almost industrial setting, Chaos Reigns honours “the creative life force of novelist, poet, inventor and activist,” Margaret Atwood.

All but two of the 16 tracks are composed and performed by Maria in a brilliant display of virtuosity, both in her command of the cello in all its facets, from warm lyricism to growling grunge, and in her command of technology enabling almost orchestral realizations of her conceptions. The two exceptions are collaborations with flutist Ron Korb: the lush Dream Painting celebrating the unsung life of the painter and writer Emily Carr, and the moving To What End honouring the missing and murdered Indigenous women with its three sections subtitled Death, Darkness, and Spirits Awakening. All in all this is another exceptional outing from Margaret Maria. If she ever does decide to perform Kashmir, Sharon and I will be at the front of the line. Or perhaps across the field letting the waves of sound wash over us in the night.