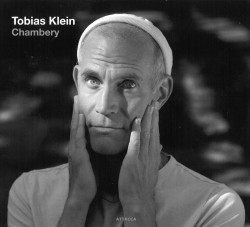 Tobias Klein looks out from the cover photo on this disc with an ingenuous expression of innocent gratitude that you might want to listen to his music. Don’t be fooled. He knows you want to dislike it and him and yet he still expects to win you over. His ally in the effort is bass clarinetist Fie Schouten, with accomplices too numerous to list.

As if to sucker the listener, he starts with Leichte Überlappungen (2018), a bass clarinet duet composed, according to his own words in the notes, using a rigorous mathematical method contrary to his normal practice of unrigorous, intuitive construction. Not a great opening gambit, it says here. I disagree with the composer that the result of his decision “sounds like it was composed with a lot of passion.” Still, the quality of performance and the interesting structure leave one maybe slightly more inclined to like the guy and his music. Then he whacks you with all the winning arguments to follow.

Far more successful, and interesting, is Kengboginn (2014), a lyrical conversation between bass clarinet and harpsichord, the latter somewhat overmatched in the mix. Back in time we go to 2009, a far more primitive time where drums, breaking glass, and bass clarinet dance about naked, without inhibition, in (deep breath) SteinHolzGummiWasser. Bogus Bogey, a trio with piano and flute (2005), is neither scary, golf-related, nor as far as one can hear, bogus; it’s just pretty cool, as in Mission Impossible (the television series) cool. Vermutung (2008) is a very hip pairing of accordion with bass clarinet (what could be hipper?).