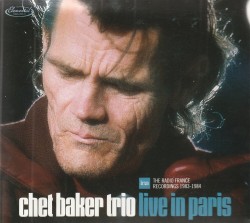 In 1952, near his career’s beginnings, Chet Baker became an instant star playing cool jazz with the Gerry Mulligan quartet. It was the opposite of everything that then characterized modern jazz: glacially slow, meticulously arranged, almost improvisation-free. Thirty years later, just a few years before his death, Baker was still playing a kind of cool jazz, but it was frequently fast, with extended improvisation.