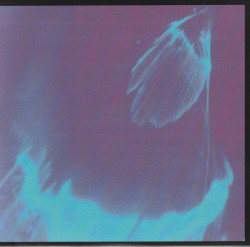 As one of three brilliant (and radically different) recorded collections of improvised sonic experimentation released to kickstart the new Ansible Editions label, Future Moons sets itself apart by being a truly profound headphone experience. Due to the nature of the deep textural well the trio is drawing from, the abundance of information demands to be rigorously curated and Jeff McMurrich’s strikingly intimate mix captures the holistic picture with astounding clarity. The left and right channels are in sustained dialogue, and this exemplary balance gives the impression that one is becoming increasingly enveloped in the band’s shifting evocations of colour. The pieces traverse through so many contrasting spaces, that the urge to distinguish between starting point and landing place gets completely eviscerated. The track Soft Nebula (to me, a microcosm of this entire project) makes one’s head spin; the mind keeping pace with the curveballs it throws feels like an impossibility despite clocking in at less than two minutes. The jarring timing of that initial fade-in implies that the session commenced long before the spectator sauntered into the studio. Kieran Adams (percussion), Matthew Dunn (soundscapes) and Andy Haas (woodwinds) promptly alternate setting their own infernos, in the order I named them. The final second feels like a fourth-wall break; it’s an indelible event. Depending on how one chooses to approach this work, Future Moons can be filled with those instances. 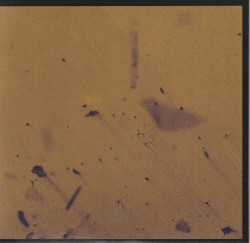 Elsewhere (in an adjacent galaxy), you have 727/16, a relatively brief dizzying flurry, consisting of several dizzying flurries. Structurally, it’s everywhere at once in a given moment but it never feels disjointed in its focus or intent; in fact, quite the contrary. It takes the concept of “fusion” as a loose genre-descriptor and runs the length of the globe with it. Jazz-house-ambient-noise-progressive-funk-dub is my best attempt at coining a suitable term for what I’m hearing, which just goes to show how comically obsolete this compartmentalization process can be when an ensemble draws from such a wide array of influences. High Alpine Hut Network was founded by Christopher Shannon and Benjamin Pullia with the original intent on experimenting with house music, but the personnel of the band subsequently quadrupled in size, and by extension so did the stylistic scope of the project.

727/16 clocks in at 20 minutes, with enough ingenuity and exploration to warrant about three times that length. The way it manages to cover the amount of ground it does with such staggering efficiency is with steady, unrelenting forward motion at a breakneck pace. If the listener so much as blinks, they’ll miss a handful of sections, especially during the erratic opening track. 727 starts the way 16 ends, with a pulsating drone that eventually reveals an ethereal synth ostinato, patiently panning left and right as the listener gradually becomes aware of its presence. This moment of tranquility is particularly striking when contextualized within the glorious storm it bookends.