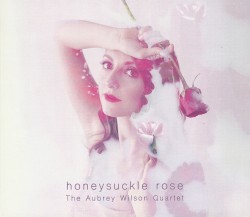 Vocal standards albums get a worse rap than they should. Sure, it can sometimes be monotonous to hear the same old songs sung by a vocalist who sounds like about a thousand other vocalists. However, I would argue that for every derivative example there’s an original take on the style, and the latter can be some of the more exhilarating music that exists.

Aubrey Wilson and company’s renditions may help refresh the listener’s memory of what makes these standards so standard in the first place. In terms of staying faithful to the tunes, starting with the opener Nature Boy, it becomes pretty plain that this is a group that won’t allow the pressure to compromise their sound. The quartet of Wilson, pianist/arranger Chris Bruder, bassist Tom Altobelli and drummer Sean Bruce Parker have been going strong for nearly a decade and they have honed an effortlessly prodigious feel for each other. Bruder’s arrangements are tight, danceable and audacious. The band’s interpretive abilities are most notable during the melancholic title track, completely turning Fats Waller’s masterpiece on its head in a way that would almost be sacrilegious, if it didn’t work so well. That isn’t to say there are no bones thrown for the more traditional-leaning consumers, but even when the ensemble isn’t subverting, they’re grooving. Wilson constantly impresses, both with her improvisational savvy and chutzpah. Well executed all around.