Probably the most misunderstood instrument in popular music, the double bass is hard to hear when any ensemble is playing full throttle. Yet the history of jazz, at least, would be markedly different if not for the rhythmic impetus propelled by sophisticated bassists. Not only that, but starting with iconoclasts like Charles Mingus and Oscar Pettiford in the 1950s, double bassists’ talents directing groups and as composers have kept pace with their burgeoning skill in playing both arco and pizzicato. This situation has only expanded over the years and these CDs offer some fine examples. Bassists may not be the designated leaders of all of them, but each highlights the bull fiddlers’ talents as accompanists, soloists, arrangers and composers.

Michael Formanek, who recently retired from teaching bass and jazz/improvised music at the conservatory level, combines those playing and composing attributes/ And Even Better (Intakt CD 335 intaktrec.ch) demonstrates this with the all-American Very Practical Trio, featuring longtime foil Tim Berne on alto saxophone and younger guitarist Mary Halvorson. Combining lilt and literalness, Formanek’s nine compositions are melodic, but work in enough space for the tang Berne brings with triple tonguing and slides into high-pitched peeps, along with Halvorson’s precise chording, that includes string distortion and Hawaiian-guitar-like shakes. With the exception of brief insertions, the composer’s solo skills stay in the background. Instead he fluidly propels the tunes with rhythmic pumps and stops. Still Here, for instance, finds the saxophonist’s slinky trills and the guitarist’s flowing surf-music-like wriggles adhering to the sparkling narrative advanced by bass string finesse, so that by the end modulating echoes from all are harmonized. The brief Bomb the Cactus and the introductory Suckerpunch may have similar country-folk, finger styling from Halvorson, yet Berne’s response with slurred altissismo variations, plus Formanek’s barely there thumps, convert both sequences into echoing essays in refined counterpoint. The Shifter demonstrates that the bassist can write a fast bebop theme with the instruments in triple counterpoint, as Berne’s stop-time snarls add emotion. Yet the trio’s reading of the concluding Jade Visions is even more telling. Written by Scott LaFaro, who helped liberate bass playing in the early 1960s, Formanek’s earthy polyrhythms pull the theme away from a near-lullaby and serve as a fitting salute to one master bassist from another.

The UK’s Barry Guy has done even more to redefine the role of double bassist/composer/bandleader over the years with his large and small ensembles. As part of a trio on Illuminated Silence (Fundacja Sluchaj FSR01/2019 sluchaj.org), with Japanese pianist Izumi Kimura and American drummer Gerry Hemingway, he contributes three compositions, adds his muscular accents to the free-form improvisations and even recites a relevant verse at the beginning of one selection. Kimura, who sometimes purrs vocally as she plays, generates delicate, winnowing melodies, as her composition The Willow Tree Cannot Be Broken by the Snow demonstrates. But Guy’s spiccato string rappelling and Hemingway’s cymbal shatters add rhythmic heft to that piece. More emblematic of Guy’s skill are his tunes. Blue Horizon moves from an atmospheric introduction with lowing string patterns and keyboard runs to intersection among high-frequency key clinks, drum thumps and sluicing bass motion. Ancients is even better as crescendo build-up during the performance separates an exposition of keyboard sweeping lower-case moroseness with a fluid theme elaboration by Kimura that concludes at a slower pace. Finding It, the Guy composition which concludes this live concert, comes from his comic side, as the bassist’s resonating smacks and pumps are interrupted and amplified by Kimura’s Monkish asides that build up to a cascading climax, downshift to bass string-plucked pulses and finally let the pianist alternate between meandering theme variations and near frenetic key shading. In spite of their experience, both veteran players still give Kimura space to display her technique and voicing which is flawless at any pitch or tempo. That she keeps her cool in such fast company and is confident enough to assay Guy’s compositions and hardcore improvisations make this CD a celebration of her talents as much as the bassist’s.

A similar situation exists on Areas (Leo Records CD LR 828 leorecords.com). Although the leader is Swiss pianist Gabriela Friedli, half the compositions are those of her countryman, bassist Daniel Studer; Dieter Ulrich is the drummer. The main contrast in creative architecture between the bassist and pianist is how her reactively straightforward playing is nudged to more expressive freedom by Studer’s constant string pressure. A track like the Studer-composed Largo, which opens the disc, featuring dark contrapuntal bass-string scrubbing and lighter keyboard chording, seamlessly slides into Friedli’s Fil de Ramosa, whose dramatic impetus comes from plucks and stops on the piano’s inner strings in such a way that both bass and piano share the same pitch and emphasis as the tune evolves. With such compositional accord displayed throughout, elation comes in noting how the trio moulds turbulent dissonance into unexpected narrative sequences while maintaining flowing concordance. Studer’s Mildew Lisa, for example, uses sul tasto string thumps to push the theme forward as the pianist’s high-energy percussive notes, strengthened by Ulrich’s cowbell peals and drum ruffs, climaxes with high-frequency comping that is simultaneously imaginative and straight ahead. More complex, Masse, another Studer theme, introduces spurts of atonality as the bassist’s arco thrusts are echoed by dynamic patterning and asides from the pianist. The theme becomes more splintered as the speed intensifies. Sudden cymbal clatter adds to a finale of gradual tension release. Although there’s only one brief drum solo, Ulrich’s strangled bugle (!) cries on Um Su animate the program in a distinctive manner, as inner string cascades from Friedli and buzzing bass string sweeps, almost shatter the exposition before adroit keyboard flexibility calms the finale. Perfectly capable of composing a prototypical contemporary jazz piece with a walking bass line, a shuffling drum beat and a bouncing and sinewy exposition, as on Miedra, the pianist’s most exciting work, and that of the trio, confirms Friedli’s response to the challenge of Studer’s playing and writing.

A younger bassist moving front and centre with his playing and writing is Canadian-in-Berlin Miles Perkin, who, on The Point in Question (Clean Feed CF 529 CD cleanfeedrecords.com), has put together an international quartet to improvise on his compositions. Consisting of British trumpeter Tom Arthurs, French pianist Benoît Delbecq and American drummer Jim Black, inclusive symmetry is maintained by contrasting dappled fluidity from the trumpeter with the chiming bulk of keyboard and drum strategies. As well as slick background prods, Perkin mostly confines himself to relaxed, vibrating scene-setting, as on the title tune. Leaving the best for last, however, the first three minutes of the concluding Blue Cloud are given over to an unaccompanied display of unhurried, often sul tasto double-bass pacing before the piece opens up into a semi-march. Arthurs’ lyricism is then harmonized with rhythmic percussion and piano key clipping before gradually upping the tempo to end with solidly measured arco sweeps. A leisurely pace is maintained throughout but never at the expense of subtle swing. The title tune also serves as a showcase for Arthurs, whose burbling flutters and smears move upwards to brassy shakes and slides. Before the conclusion is realized with additional capillary fillip, more spanked piano tones are added to the sequence. Additionally, when bass and drums lay back on Sea Drop, this ambulatory track is enlivened by a middle section of pointed trumpet smears and snarls, doubled by forceful and frequent bass string pops. 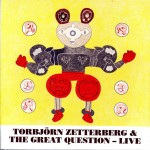 Another bassist of similar age and experience as Perkin is Swede Torbjörn Zetterberg. However, Live (Corbett vs. Dempsey CvsD CD 058 corbettvsdempsey.com), is a rawer and more raucous affair than the Canadian’s carefully modulated creations. Recorded live in a Stockholm club, members of his Great Question sextet expand on six of Zetterberg’s compositions. Another EU affair, the band includes Portuguese trumpeter Susana Santos Silva and Italian baritone saxophonist/clarinetist/flutist Alberto Pinton plus Scandinavians, tenor saxophonist/flutist Jonas Kullhammar, trombonist Mats Äleklint and drummer Jon Fält. With an effervescent stylist like Äleklint in the band there are times when it’s best to get out of the way. This is proven on 1+1=1, The Oracle in Finnåker and the extended Song from the End of the World, which also demonstrate the bassist’s compositional versatility. A hard bop stomper driven by the composer’s slap bass runs, the first piece is quickly broken up with slurs and stutters from the other horns as Äleklint moves from plunger growls to gutbucket blats, whinnying cries and staccato smears until Fält’s measured bangs end the program. Midway between jolly oomph-pah-pah and parade-ground music, The Oracle in Finnåker features the trombonist working up and down the scale with tailgate slides plus disruptive assault-rifle-like blasts. Torquing the tension with an extended series of pats and smacks from the drummer, drooling clarinet squeezes and trumpet peeps keep the narrative moving until a final release. Although supple guitar-like fingering characterizes Zetterberg’s work elsewhere, in contrast on Song from the End of the World, his chiming pulse sets up a crepuscule-tinged muted trumpet solo and a series of puffs and whistles from one flutist which confirm the theme’s exotica. Reflecting the introduction, the bassist brings the tune to a close with double-and-triple stops and low-pitch string swabs.

Varied as they may be, each of these discs – and the bassists directing them – show how 21st-century bassists are moving music forward. 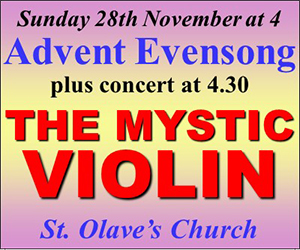