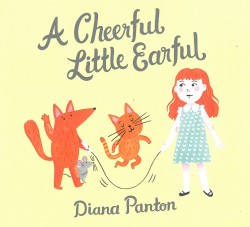 In 2015, vocalist Diana Panton released I Believe in Little Things, with Don Thompson, Reg Schwager and Coenraad Bloemendal. The album has a lot going for it: intelligent arrangements, strong performances, and classic songs from sources such as Charlie and the Chocolate Factory, Pinocchio and The Muppet Movie. While Panton had released a number of records previously, I Believe in Little Things was her first children’s album.

Panton’s project continues with A Cheerful Little Earful, a new album of jazz for kids, which was released in October 2019. Schwager and Thompson are back, as are succinct arrangements of songs from television, film and music theatre. Panton has a gift for singing with simple phrasing and with an unaffected delivery that places emphasis on the melody at hand; this stripped-down style works perfectly in the small-ensemble setting with Schwager and Thompson, and also focuses the listener’s attention on the songs’ lyrics.

Like I Believe In Little Things, A Cheerful Little Earful is being marketed as a “jazz album for kids.” It might, however, be more accurate to say that it is an album for adults looking back with fondness at the music of their own youth (and their parents’ youth, for that matter; Happy Talk, the album’s first track, is from South Pacific). But whether Panton’s listeners are swept up in a rush of nostalgia or experiencing these songs for the first time, it’s safe to say that they’ll enjoy this well-crafted record.

Listen to 'A Cheerful Little Earful' Now in the Listening Room