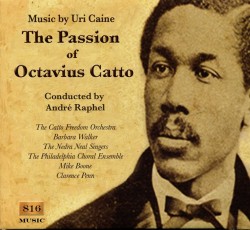 Concise in length but expansive in execution, this CD could be termed a secular oratorio, celebrating the life, contributions and premature violent death of African-American activist Octavius Catto (1839-1871). Composed by pianist Uri Caine, the ten-part, 29-minute program integrates the sophisticated rhythms of Caine’s trio, including bassist Mike Boone and drummer Clarence Penn, with the amplified colouring provided by a full-sized, specially constituted philharmonic orchestra conducted by André Raphel, two vocal ensembles and, most crucially, singer Barbara Walker, who personalizes episodes in Catto’s storied life that ended in murder during election day riots when blacks first tried to vote in post-bellum Philadelphia.

Elsewhere the swell of Walker’s vocal equipment with melismatic emphasis, backed by sympathetic affirmations from the 35 singers, almost turns each outing into gospel music. This is no mean feat when the syllables being emphasized deal with topics such as rallying free men of colour to the Union cause, new amendments to the American Constitution or, on Change, replication of a memorable Catto speech from 1866.

A momentous achievement. If there were fairness in the musical world, performances of The Passion of Octavius Catto would be part of any symphony’s repertoire, rather than a one-time event. 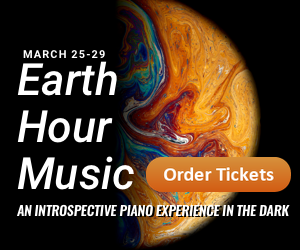