Although the sentiment conjured up by the phrase, “poetry and jazz,” is one of scruffy beatniks intoning verse to the accompaniment of a stoned bongo player, the intersection of poetry and improvised music has a longer history. As far back as the 1920s poets like Langston Hughes integrated jazz energy into their work and subsequent interaction involved whole groups of literary and musical types, with notable instances in San Francisco, Liverpool and Vancouver up until the present day. Some of the discs here extend the idea of sounds complementing words, while others work on the more difficult task of integrating both elements.

A particularly fascinating instance of this is Readings Gileya Revisited (Leo CD LR 856 leorecords.com). On it, Russian-born, Cologne-based pianist Simon Nabatov has created musical settings for poems from members of the Gilya group, a Russian Futurist movement that thrived just before, and for a time, after the Russian Revolution. The pianist’s associates are Germans, reedist Frank Gratkowski and electronics master, Marcus Schmickler, American drummer Gerry Hemingway and most importantly, Dutch vocalist Jaap Blonk. While Schmickler’s skills are used sparingly, as on the penultimate track where granular synthesis and processing deconstruct a sample of one of the original Futurist’s recitations, and then are superseded by resounding pattering from the drummer. In another instance, on A Kiss in the Frost oscillated aviary echoes share space with Blonk’s double-tracked theatrical recitation of a Futurist poem, completed by reed buzzes and piano patterns. But the nub of creativity is most thoroughly expressed in the ways in which Blonk’s phrases plus piano-reed-and-percussion sounds interact as equals. For instance the gargles and yells that express the budding of Spring are met by hard keyboard comping and drum pops following an introduction of ethereal flute puffs. Imagist stanzas that warble and plead are extended with reed bites and press rolls on And Could You?, while harmonized keyboard tinkles and formalistic clarinet trills do as much to define the theme of Palindrome as matched nonsense syllables from Blonk. Most crucially, with the boisterous dynamics that characterize Shokretyts, composer Nabatov and the others confirm that Futurism is as much an instrumental as a vocal art. After Blonk intones “when people die they sing songs,” Gratkowski’s tenor saxophone response is almost (Stan) Getzian in its lyricism, although it’s followed by dynamic key crunches and sprays of notes from the pianist, and bass drum pounding and wild-boar-like snorts and altissimo screams from the saxophonist, until all four shout out the track title. As the players’ instruments replicate the syllables, Blonk intones them to complete the poem.

Approaching the idea differently, American trio Big Tent, with pianist/vocalist Jerome Kitzke, bassist Steve Rust and percussionist Harvey Sorgen add poems by Beat forefather Lawrence Ferlinghetti among the trio’s advanced improvisations on I Am Waiting (NotTwo MW 989-2 nottwo.com). Kitzke’s low-key, tongue-in-check recitation makes clear the contemporary relevance of this sardonic mid-20th-century verse. For instance, the exaggerations turned on their head in I Am Waiting “for the rebirth of wonder” including Elvis Presley and Billy Graham changing places, are underlined with swelling bass string pumps and alternating splashing or tinkling piano chords. Meanwhile a bop fable about Christ, Sometime during Eternity, uses banjo-like twanging to signal Jesus as “real dead” and stentorian plucks to contrast his teaching with the subsequent ignoring of it by his so-called followers. Without words the trio’s improvising is also nuanced. Facing kinetic drum rolls and piano string strums on Trio in a Bottle, Rust constructs a sequence that vibrates from the bass’ scroll to its spike. Kitzke bends tones and patterns in the kinetic exposition that is Blues Afield, harmonized with the bassist’s stylized pings. Meanwhile ground bass lines and mid-range keyboard swing on Sweet for the Eternal Spring giving Sorgen space to boisterously roll out sprays of percussion power, advancing the theme rhythmically and finally calming it with paradiddles. 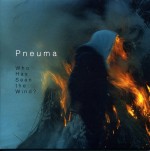 A more difficult stanza interpretation is expressed on Pneuma’s Who Has Seen the Wind? (Songlines SGL 1629-2 songlines.com). Not only does Montreal-based vocalist Ayelet Rose Gottlieb personalize the often-translated (by herself) words of Japanese, Iranian and English poets, but her only accompaniment is the three clarinets of Vancouver’s François Houle and Americans, James Falzone and Michael Winograd. With one clarinetist usually playing chalumeau for continuum, Gottlieb confidently cycles through moods ranging from wistful to lighthearted, with her lyric soprano harmonized and used as much as an instrument as the woodwinds. This is particularly obvious on the suite of brief Japanese poems where a single image or mood is conveyed by the timbre of Gottlieb’s voice rather than the words. Another instance is Passing Through/Lament for Harry, honouring her deceased grandfather, where emotion is expressed by melodic warbling linked to coloratura clarinet peeps and trills. In the same way, the impressionistic title track, from a poem by Christina Rossetti, harmonizes the clarinets in a near-baroque manner. The melded timbres flutter up the scale, but not enough to detract from the poem’s gentle imagery. In contrast James Joyce’s Alone brings out emphasized melisma as Gottlieb swallows the lyrics with low tones as the clarinets move upwards. Trembling/Light is an erotic poem, but that may be masked as the response to her vocalization is thumping tongue stopping and echoes from the bass clarinet. Finally Neither You Nor I/Conversation with Ora, which she composed after the death of a close friend, is no dirge but a defiant celebration where the melody moves via bird-like trills and tongue slaps from the clarinets, until voice and reeds join for a jocular up-tempo final stanza.

There are suggestions of spiritual singing from Pneuma and an equivalent instance of turning ecclesiastical words and music into a secular form on Why Don’t You Listen? (Dark Tree DT (RS) 11 darktree-records.com) by Horace Tapscott/Pan Afrikan Peoples Arkestra and the Great Voice of UGMAA. Los Angeles-based pianist Tapscott’s nonet expresses its characteristic message on this 73-minute concert, not only through his highly rhythmic arrangements utilizing three double basses and three percussionists, but through songs performed by the l2-member UGMAA. In its vocal blends the choir, whose initials mean Union of God’s Musicians and Artists Ascension, bring the sound of a sophisticated gospel ensemble to the selections. But divergence occurs since the word-poetry isn’t on sacred texts, but instead, variously salutes a Nigerian musician known for his struggle against dictatorship (Fela Kuti); provides an object lesson of the accomplishments of jazz heroes (Why Don’t You Listen?) and praises the mother continent itself (Little Africa). The most accomplished achievement is the second tune, where singing over a captivating rhythmic groove, the voices invest the listing of innovators with the same sincerity a church choir would bring to the scriptures, emotionally extending the words with melisma and hocketing, as boisterous, sinewy solos from the pianist, saxophonist Michael Session and drummer Donald Dean are interspaced like extra voices. When choir director Dwight Tribble ends the extended track with near-R&B testifying, the spiritual link between improvised music and Black empowerment is complete. Tapscott’s worldly arrangements, which combine exploratory sounds and grounded beats, characterize the non-vocal parts of the disc, with the slippery blats of trombonist Phil Ranelin and Session’s soaring slurs particularly impassioned. 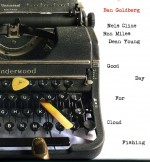 Adding another twist to this theme is Bay area clarinetist Ben Goldberg’s Good Day for Cloud Fishing (Pyroclastic PRO 5 pyroclasticrecords.com). Here Goldberg, trumpeter Ron Miles and guitarist Nels Cline improvise on Goldberg’s compositions inspired by Dean Young’s verse. Present at the recording session, Young wrote new poems influenced by the music. A set of entry and exit poems are included in the package. Designed as three separate art pieces, it’s fascinating to try to work out linkages. Overall, the exit poems seem to reflect the sounds more directly than the music reflects the verse that inspired it. For instance, the clash and clatter of distorted guitar licks, reed flutters and trumpet growls lead Young to mix musical and literal metaphors on Section 8 instead of the string of plaints on the Sub Club Punch Card that is its entry poem. Or the herky-jerky guitar clinks which underscore the high-pitched trumpet and low-pitched contra-alto clarinet blowing in ambulatory reflection on Dandelion Brainstem winnows to coloratura reed smears and string plinks by the finale, though the mordant imagery of the exit poem Corpse Pose further extends the metaphor. Putting aside the search, you can appreciate Young’s turn of phrase on 24 poems. Fittingly as well, compositions and interpretations stand as notable music on their own and are carefully modulated to build on each player’s skills. With tracks varying from boisterous near-oom pah pah instances of almost pre-modern swing with string licks that could come from a ukulele harmonized with trumpet smears (Phantom Pains/Crow Hop) to experiments which meld clarinet glissandi and gliding guitar distortions into a stretched but not broken narrative on Surprised Again By Rain/How’d You Get Here there’s no questioning the music’s power. After all, doesn’t this double artistic expression properly define each of these sessions?