Accomplished and profound music – especially when including a hearty slab of improvisation – can call on many inspirations and be played on an infinite number of soundmakers. Proof of these statements is discernible on these notable discs, featuring a range of traditional, novel, electric and acoustic instruments and with influences encompassing mainstream composition, wave form experimentations, and even legumes.

The most conventional of these unconventional sessions is Bartók Impressions (BMC CD 254 bmcrecords.hu) since the tracks are based on works by Béla Bartók (1881-1945). The most notable feature on this Budapest-recorded disc is that besides the double bass of Hungarian-in-France Mátyás Szandai and the violin of Paris-based Mathias Lévy, one prominent sound here is from the traditional hammered zither called the cimbalom played by Hungarian Miklós Lukács. Perhaps the program is also notable since, with two-thirds of the band Magyar and Bartók’s themes sometimes based on Eastern European folk melodies, familiarity is paramount. At the same time, Lukács’ dexterous skill gives the 13 improvisations a unique quality. When struck, the cimbalom takes on vibraphone and percussion qualities; when plucked, harp or guitar-like tones. A defining instance of this is on Romanian Folk Dances No.4, where Levy’s elaboration of the melancholy theme is soon toughened by seemingly simultaneous harp-like twangs and rhythmic mallet string stabs from the cimbalom. This virtuosic versatility is expressed from the first track onwards. On that one, Reflections on New Year’s Greeting No.4, for instance, boiling double bass plucks cement the pulse as mallet lopes create a bouncy countermelody to the gorgeous tones of the fiddle’s airy narrative. The jittery, jazzy Improvisations on Romanian Folk Dances No.4 finds Lukács comping like a pianist, Szandai with well-modulated plucks and with Levy’s staccato stopping in the highest register suggesting both Transylvanian wedding music and tavern revelry. In contrast, a few other tracks are recital-like formal, at least in the expositions. They include a mellow showcase of balanced cello-like tones from the bassist on Improvisations on Romanian Christmas Carols No.7, completed by foot-tapping glissandi with klezmer overtones. The most accomplished, intricate transformation, which highlights another aspect of Lukács’ adaptability, occurs on Reflections on Six Bulgarian Rhythms. The cimbalom’s mallet reverberations turn him into a Magyar Milt Jackson, at the same time as fiddle squeaks at dog-whistle pitches amplify the pulse, and double bass plucks intensify the rhythms. Staying true to the composer’s initial vision though, the piece ends with a wide connective interlude of warm romantic timbres.

Even though another modern composer is involved, there are no warm romantic timbres heard during the The Air around Her (Skivbolaget 1703-3 edition-festival.com), since American composer Ellen Fullman and Korean-American cellist Okkyung Lee are concerned with the dynamic contrasts or blends produced by exposing the latter’s string techniques, with the possibilities engendered by plucking Fullman’s self-created Long String Instrument (LSI). The LSI is tuned in just intonation, and in this instance, stretched 26 metres across a room in Stockholm’s Performing Art Museum. During the performance the LSI creates a droning continuum, plus almost imperceptible timbre shifts throughout the two tracks of about 20 minutes each, subtly redefining the relentless drone with multiple layers of speed, volume and pitch. Eventually variegated cello definitions move forward to challenge the LSI’s unhurried horizontal interface with col legno-created percussive raps on wood and strings, plus stropping and slicing sul ponticello vibrations. Part II finds LSI’s organ-like tremolo grinds subsiding from taking up the entire room’s aural space so that palimpsest-like cello’s nuanced narratives are more obvious. These serrated bow jiggles and cello expansions reach a crescendo of almost identical inflated tones from both instruments before dissolving into microtones. In retrospect the recital has been enthralling without being deadening or frightening.

Despite the presence of veteran British tabletop-guitarist Keith Rowe on L’Or (Mikroton Recordings CD 68 mikroton.net), the defining sonic patterns are focused on his use of electronics, blended with the programmed patches of French computer-coder Julien Ottavi plus the modular synthesizer and cracked everyday and homemade electronics of Russian Kurt Liedwart. While faint allusions to conventional tones sporadically pierce the churning miasma produced by the trio, sound emphasis moves among voltage charges, supple thwacks and synthesized sound envelopes, underscored by waveform buzzing. Especially on the extended and defining Aurum, blurry loops of constantly pulsating whooshes and signal processing melded into a undulating drone, include few compositional transitions. When they do arrive, these textural lacerations only minimally alter volume or pitch, taking the form of thickened flanges, watery pops, windy squalls, wiggling tone fluctuations and fan-belt-like flapping. As these clips and pops harden into a sold mass followed by silence, one must accept the group’s continuously repeated drones as creating a nearly inert entity, where appreciation comes from noting the reflected sound tinctures and angles rather than an ambulatory program.

While electronics are now accepted as instruments, some musicians have accelerated the search for innovative sounds further, creating programs from collages of already existing material. For instance, Martin Tétreault’s Plus de Snipettes!! (Ambiances Magnétiques AM 245 CD actuellecd.com), is a sprawling 77-minute program in which the Montrealer constructs a wholly original recital from audio cassettes, tape reels, short-wave static, radio soundchecks and excerpts of untouched or cut-up vinyl. With each of the 31 [!] tracks lasting from about seven seconds to around seven minutes, the collages captivate with sheer audacity. Entertaining while sometimes making sardonic comments, this homage and burlesque of recorded sound is satire mixed with love. Not adverse to snipping French or English narrations from educational or instructional discs to foreshadow subsequent noises, Tétreault’s mashups are free of cant. Snippets of a Verèse or Boulez composition are slotted next to a flute improvisation, a snatch of disco sounds or a piano picking out Polly Wolly Doodle. Crunching noises created by train movement can fuse into a drum instruction record and then the flanges of backwards-running tape. At point his manipulations make succinct inferences, as when Dave Holland’s bass solo on Emerald Tears is juxtaposed with the sounds of a man crying. Other times connection leads to spoof, as when a ponderous lecturer’s voice outlining a complex phrase with the word “basis” in it is cut to become “bass” and later “mace” and repeated numerous times, becoming an electronic-dance rhythm in the process. Manipulations in speed and pitch turn juxtaposition of Sidney Bechet’s soprano saxophone and a Dixieland drum solo into frantic microtones. And if that isn’t enough, Tétreault creates abstract sound collages by cutting several LPs into many sections, gluing together the parts and recording the results so that a chorus of Soviet military singers fades into jazz piano chording and unknown speechifying, with the entire exercise surmounted by the crackles from divided and sutured vinyl.

Should Tétreault’s experiments not be organic enough, then an established Viennese ensemble can provide the antidote. On Green Album (Transacoustic Research tres 009 transacoustic-research.com), the ten-piece Vegetable Orchestra performs music on instruments that are made entirely from vegetable parts. On highly rhythmic tracks such as Fasern and Beet-L for instance, the funk arises from the beats of calabash bass and celery bongos with the vamping melody courtesy of a carrot marimba. Or multiphonic whistles from the carrot recorder evolve alongside the beanbag shaker and calabash bass on Bamako. While elastic sound animation is maintained throughout the 14 tracks, that doesn’t mean there aren’t serious sounds in this vegetable stew. The hissing counterpoint that enlivens tracks such as Schwarzmooskogel, for example, could be part of the recipe for any advanced music program, even if the horizontal swirls are from a leek violin, the high-pitched peeps from a radish horn and the beat propelled by a pumpkin bass drum.

While only the final disc could in some circumstances provide nourishment for the stomach as well as the mind, each of these CDs captures a way of using unusual instruments to create profound sounds. 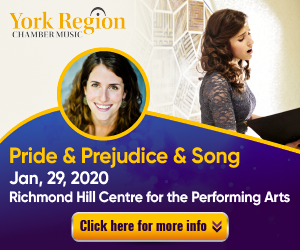