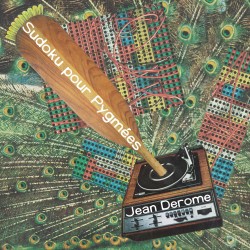 Composer, saxophonist and flutist Jean Derome has been a central voice in Quebec’s musique actuelle movement for decades, along the way creating works that fuse improvisation with larger structural forms. Here he leads his quartet Les Dangereux Zhoms and nine other musicians in a cross-country retrospective of works commissioned by Canada’s landmark mixed-method contemporary ensembles.