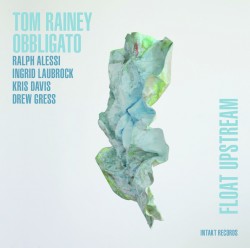 There’s a special relationship between jazz and the Great American Songbook, that collection of old popular songs, Broadway show tunes and movie themes largely assembled from the 1920s to the 1950s. Whether approached casually, romantically, harmonically or ironically, that songbook links performers from Louis Armstrong to Anthony Braxton and almost everyone in between. Drummer Tom Rainey has explored it in depth in association with pianists Fred Hersch and Kenny Werner; with his band Obbligato, he has found a distinctive path, combining standards with collective improvisation.

Obbligato includes frequent Rainey collaborators, saxophonist Ingrid Laubrock and the émigré Canadian pianist Kris Davis, along with the similarly distinguished trumpeter Ralph Alessi and bassist Drew Gress. They establish an identity immediately, the collectivist Stella by Starlight extending the theme’s moody haze with the horns’ exchanges until Davis initiates a bright, fluid approach, animating the piece along with sparkling eruptions from Gress and Rainey as well.

The advanced harmonic language suggests composer George Russell at times, but Laubrock and Alessi also thrive on the original melodies, developing pointillist moments on Sam Rivers’ Beatrice and a pensive luminosity on I Fall in Love Too Easily. The counterpoint and sheer rhythmic energy of What Is This Thing Called Love? recall the invention of Sonny Rollins at his most exploratory, while the extended What’s New? takes the quintet furthest afield, a unique cross breeding of 50s cool jazz lyricism and contemporary impulses that’s at once familiar and fresh.