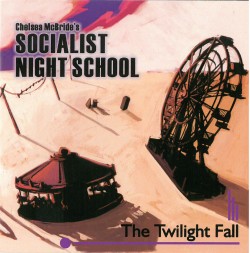 Twenty-four-year-old composer, orchestrator and tenor saxophonist Chelsea McBride’s debut recording features ten original compositions performed by an energetic 19-piece ensemble, including solid vocals from noted jazz chanteur, Alex Samaras. With hints of compositional influences from Maria Schneider, Bob Brookmeyer and Gil Evans, McBride has described the evocative project as “the soundtrack to your travelling daydreams, the story of your life,” with each composition poetically and musically defining a segment of the shared human journey. Unusually, the CD booklet itself includes a “Compositional Narrative” which outlines how McBride would suggest the listener envision each track, as they walk the wheel of McBride’s “Lifecycle.”

Members of the Socialist Night School include the gifted Colleen Allen on reeds, Brownman Ali on trumpet and flugelhorn (who also serves as executive producer here) and William Carn on trombone. The song cycle begins with Ambleside, which establishes the cinematic and emotional tone of the CD. McBride’s haunting tenor saxophone, Chris Bruder’s piano and Samaras’ voice conjure a vision of spacious austerity and alienation. Other standouts include Intransitory, which features the potent Allen on alto sax and guitarist Dave Riddel weaving a complex, high-energy expression echoing the working person spinning on the proverbial hamster wheel. Also of note are the mind-bending title track and the funky cool confessional Smooth (or What I Should Have Said Instead). The recording closes with Something Simple, a joyous dénouement encapsulating our brief, but luminous life experience here on planet Earth. Tenorist McBride soars, dips, digs and intertwines with Samaras’ fine vocal instrument.

Certainly this is one of the most intriguing recordings of the year thus far, and a defining debut from the intensely gifted McBride. 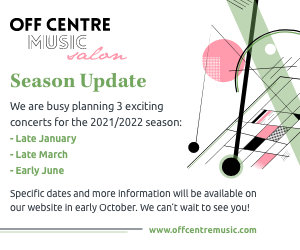