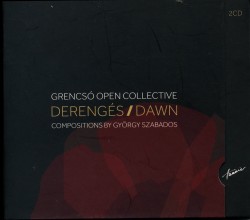 Arguably Hungary’s most unique composer of the post-war era, pianist György Szabados (1939-2011) had difficulty performing his admixture of free jazz-new music and folkloric sounds in communist times. Even after liberalization, during his sole Canadian appearance at 2006’s Guelph Jazz Festival, his duo with percussionist Vladimir Tarasov was the equivalent of reading a Reader’s Digest version of a novel – textures were lacking. Budapest-based reedist István Grenscó, who was a frequent member of the composer’s ensembles from 1984 to 2007, rectifies the situation with this two-CD set of six Szabados compositions. Grenscó, who plays soprano and alto saxophones and bass clarinet here, creates the equivalent of a Technicolor film from the scores by adapting them to the varied tones produced by his own band – pianist Máté Pozsár, bassist Róbert Benkö and percussionist Szilveszter Miklós – plus, on three tracks, the viola of Szilárd Mezei, who may be Szabados’ heir as a composer; trumpeter Ádám Meggtes on two; as well as two additional woodwind voices to give a breezy vaudeville-like strut to the concluding Regölés/Minstrelsky.

Meggtes’ atonal blasts add the requisite free jazz tinctures to Adyton. But otherwise that tune, like Azesküvö/The Wedding and Fohsáz/Supplication is chiefly animated by carefree currents of Roma-like dances via Mezei’s fiddle, stacked up against the alternately dark ecclesiastical (deepened by bell-like resounds from the cymbals) or evocatively romantic, melody-making from Pozsár. Torquing the pace via nasal soprano bites or mocking the profundity of the slower faux-rustic tunes with sardonic alto saxophone cries, Grenscó still shepherds the ensemble back to the head at each composition’s completion. Halott-Táncoltatás/Dance of Reanimation is the multiphonic masterstroke here. The original quartet members precisely figure out the exact percentage of light and dark tones and fast and slow rhythms needed to animate the composition, with the skill of medics gauging the proper amount of vaccine in a hypodermic needle. Pozsár uses pedal pressure to dig notes from the instrument’s nether regions in tandem with thumping string bass slaps as a way to bolster the theme propelled on unruffled saxophone cries and then bass clarinet reverb. Meanwhile these instances of solo reed elation constantly trade places with successive theme motifs that encompass rustic dance-like cadences and a final military-like crescendo. The aura emanating from this CD demonstrates both the quality of Szabados’ compositions and the pliant talents of his devoted interpreters. 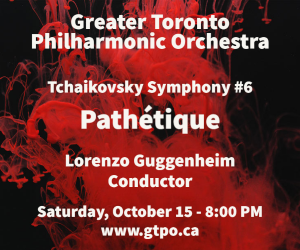