Major improvisers from elsewhere frequently play Toronto, but not as often do they appear with an all-star lineup. That’s what happens on April 29 when alto saxophonist Tim Berne’s Snakeoil is in concert at the Music Gallery. Berne, who has been on the cutting edge of advanced jazz for 30-odd years, arrives with three younger players who have distinguished themselves on the New York scene: fellow reedist Oscar Noriega, pianist Matt Mitchell and drummer Ches Smith. This being the 21st century and past the age of consistently working groups, each – including Berne – is involved in many other projects. 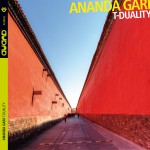 As one instance of sampling skills in another context, consider T-Duality (Auand Records AU 9041 auand.com). Although leader, erudite Italian drummer Ananda Gari wrote all seven tracks, he’s backed by three Americans: bassist Michael Formanek, guitarist Rez Abbasi and Berne. Confident enough of his skills that he confines his solo fireworks to Fields – which include no drum bludgeoning but many ratamacue slaps plus refined cymbal clatter – Gari frames the others’ playing with supportive beats. Additionally egged on by Formanek’s buzzing bass line, frontliners Abbasi and Berne carve unique geometric patterns out of the drummer’s compositions. Capable of harsh double-stopping runs, the guitarist’s ringing lines are more often fully developed harmonically such as on Last Drops, where when twinned with Berne’s glissandi they could be setting up I Cover the Waterfront. However, Gari’s Mylar pressure plus the saxman’s twittering slides confirm that this isn’t the familiar ballad. Berne’s cascading puffs also colour the stop-time Never Late when his lowing brightness pulls out the theme atop Formanek’s strummed bass lines. Clattering drum ruffs plus walking bass clobbers set up Don’t Forget to Pet Your Cat, as a blues, until Berne’s plush mellowness knifes upwards to poignant screech tones, with the theme tossed back and forth between reed bites and linear horn-like motions from the guitarist. Then on the extended Are You Kidding Me the alto man distends and deconstructs the theme with riffing melismatic slurs and tonal sky rockets, urged on by Gari’s hard thumps and crying string bends.

Berne isn’t Snakeoil’s only attraction however. Drummer Smith is at home in genres from ProgRock to melodic jazz. One facet of his talent is aptly demonstrated on Orphic Machine (BAG Productions BAG 007 bagproductionrecords.com), where his subtle yet driving rhythms underline the music clarinetist Ben Goldberg composed to interpret ten of Allen Grossman’s poems. With a driving nine-piece band amplifying violinist Carla Kihlstedt’s verbalization of the poetry, Smith’s responses are generic to mood maintenance. His heavy beat matched with Greg Cohen’s bass on the title tune casts into bolder relief pianist Myra Melford’s gorgeously constructed piano intro which provokes the harmonic melding of lyrical clarinet breaths and the words’ skewed imagery. Meanwhile, his slide from the opening martial beat which confirms the solipsistic words of Immortality (“the function of poetry is to obtain for everyone one kind of success”) to repetitive judicious taps, provides a contrast to the violin’s and piano’s vocal backing and a framework within which Rob Sudduth’s tough tenor saxophone and Goldberg’s melancholy clarinet echo one another’s lines. In the meantime Smith’s crackling cymbal rhythms on one hand and suggestions of conga resonation on the other during What Was That, confirm the cool jazz mood otherwise expressed by Ron Miles’ lyrical muted trumpet and the clarinetist’s reed slides. Of course Goldberg’s arrangements and the others’ contributions are as responsible for the CD’s achievement as Smith. How else to explain the exhilaration that results from a piece like Care? Mixing Kihlstedt’s high-pitched vocalization with rugged twangs from guitarist Nels Cline plus matching vibes resonation with Goldberg’s swing era-like trills expands the piece to such an extent that the exposition splits into parallel lines. Cascading horn pumps provide the rhythm; connective strings the melody; and additional shading comes from Kenny Wollesen’s chime ringing. Nonetheless, cementing the parts together is Smith’s unforced beat.

With Berne and Noriega, pianist Mitchell demonstrates his skill working with two powerful reed voices and he fulfills a similar function on Sonic Halo (Challenge Records CR 73370 challengerecords.com). Here though it’s Tineke Postma from the Netherlands and American Greg Osby, both playing alto and soprano saxophones, with bassist Linda Oh and drummer Dan Weiss completing the quintet. Modern mainstream, the compositions are divided between the two horn players who likewise have similar tones. With perceptive intensity and moderated timbres, the pianist seconds both saxophonists, feeding them peppy phrases or comping decisively to extend the dynamic flow. The pattern is set on tunes such as Source Code where Mitchell’s outpouring of measured timbres underlines the initial duple-metre expansion from the soprano saxophone, and keeps the theme grounded as the alto saxophone adds an edgy slant. Operating from his instrument’s lowest register, the pianist’s perceptive swing reintroduces and reinforces the head even as reeds double tongue and drums crash. His polished harmonies don’t stand in the way of Mitchell contributing a hard-hitting pulse that locks in with Weiss’ roughest ruffs on Nine Times a Night. His heightened cross chords and the drummer’s hard rolls put into starker relief how the upfront horns vibrate the high-pitched theme in unison, moving chromatically a half step apart. Other tracks such as Melo are pleasant interludes with walking bass, rattling drums and swelling piano tones introducing an effervescent tune eventually toughened by sharp soprano bites. Glissandi and note torrents characterize Pleasant Affliction, the concluding piece which gives Mitchell the most scope to range over the keyboard with sparkling intensity, but never to the extent that Postma or Osby are overshadowed or outplayed. The ending links one altoist’s warm flutter tonguing with the piano’s key-clicking echoes.

Besides seconding Berne as clarinetist in Snakeoil, Noriega has distinguished himself in larger bands such as pianist Satoko Fujii’s Orchestra New York. On Shiki (Libra Records 215-036), his lead alto saxophone work helps direct the ever-shifting background that the pianist has arranged for her sophisticated compositions. It’s he who likely participates in the reed slurs and brass mouthpiece kisses that characterize Gen Himmel, a melancholy tune Fujii wrote honouring a deceased bassist, which is otherwise driven by quasi-military pacing from drummer Aaron Alexander and funeral cries from trumpeter Natsuki Tamura, who, along with Fujii, was the bassist’s band mate. Although no soloists are listed, it’s likely Tamura, playing an open horn, fellow trumpeter Herb Robertson, muted, and the modern gutbucket style of trombonist Joe Fiedler who are the soloists on the title tune, a multi-part, 36-minute opus. Weaving among swelling reed buzzes and brass whimpers, the soloists, including tough snorts from tenor saxophonists Tony Malaby and Ellery Eskelin echo and compound passing tones until place-marking crescendos are reached. With Alexander’s chunky and hard-hitting beats and Stomu Takeishi’s sometime slap-bass accents providing unvarnished swing beneath them, space is left for almost-vocalized trombone slur, plunger trumpet blasts and corkscrew vibrations from one of the saxophonists. With the sequences knit into undulating whole cloth by Fujii’s talents, the track finally subsides into a balladic mode led by Andy Laster’s baritone saxophone plus tremolo grace notes from the seven brass players. Warming and downshifting textures finally usher in a finale of balanced grace notes.

Each member of Snakeoil has been proven to be a distinct stylist in different circumstances. Seeing them interact should be fascinating and instructive.