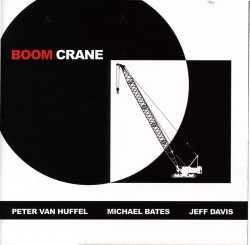 Providing an unassailable musical instance of Equilibrium, “a state in which opposing forces or influences are balanced” – also the title of one composition on this incisive CD – is the intuitive skill of two expatriate Canadians and one American. In fact, such is the dexterity of the trio in negotiating moods and tempos on Boom Crane’s 11 selections that Boom Crane (the band) sounds like a full-time working group. In truth the three convene infrequently, since Kingston, Ontario-born alto saxophonist/clarinetist Peter Van Huffel is in Berlin; while B.C. native, bassist Michael Bates lives in Brooklyn as does Yank drummer Jeff Davis.

Actually titled On Equilibrium, the track perfectly syncs vibrating reed slurs, beefy string pumps and drum pops, but that’s only one of the trio’s attributes. Besides Van Huffel’s warm clarinet tone used on a couple of occasions to wiggle out unmatched balladic interpretations, his biting alto lines equally illuminate bop, blues and experimental forays. Sharp and tense, the title tune is a stop-time blues which distends without ever splintering and features Blake’s comfortable but commanding strumming. Dissonant Slipper Hero showcases hollow breaths forced through the saxophone alongside double-stopping arco string buzzes until Davis’ amiable swing beat helps guide the others towards an electrifying communicative finale. On Automatic Vaudeville apparently The Jazz Messenger must operate in that venerable tradition, since Bates’ walking bass and Van Huffel’s buoyant note jumps reference hard bop. Later reed squeaks and string pops confirm the tune’s modernity, plus the time is slyly doubled until variations lead back to the initial theme.

But perhaps the most characteristic track is Not A Living Soul. Another exercise in shifting tempos, its centrepiece is Bates’ dark, extended bass solo. It separates with skill the herky-jerky, flutter-tongued sax-led beginning and the blended conclusion of graceful cymbal vibrations, supple reed trills and bass string resonations.

A notable debut disc that calls for celebration not boom lowering on the trio, the CD’s tunes and the band can be experienced in Toronto this month. 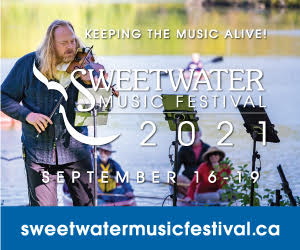