Percussion doesn’t have to involve bombast, beats or even a full drum set. That’s the idea of Californian Gino Robair who played with Toronto improvisers at Somewhere There the last week of November.

Robair, a Free Music veteran who uses drums as resonators for bowed, scraped and rubbed objects and amplifies his instrument using circuit-bending electronics, demonstrates the resulting sonic freedom on the onomatopoeically titled “Blips and Ifs”. Partnered by German trumpeter Birgit Ulher, whose understated brass timbres are processed through radio speakers, the two express the cited sounds and many others in seven improvisations.

Circular and contrapuntal, the CD reaches its climax with the lengthy Rings Another Rust. Mesmerizing, the Ulher-Robair face-off depends on the ramping tension engendered accelerating in short bursts and then subsiding. Since almost no instrumental timbre is instantly identifiable by its expected properties, the pleasure of this exercise in abstract improvisation lies in itemizing how frequently and how surprisingly new and unexpected connective textures are exposed. 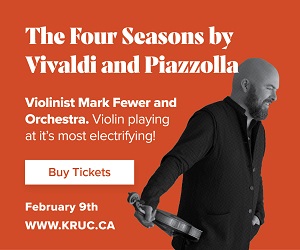