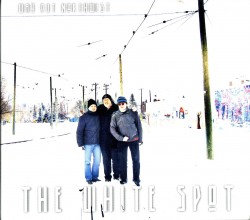 Perhaps it should be called a North American Free Improv Agreement or NAFIA. Every time experimental British saxophonist John Butcher plays in the northwestern part of this continent his trio is made up of two Vancouver-based players: bassist Torsten Müller and drummer Dylan van der Schyff. Listening to the nine pitch-perfect improvisations on this disc demonstrates why this configuration has been maintained since 2007.

The veteran bassist, who is perfectly capable of atonal string-stretching and scrubbed pulsations, is careful to maintain a connective pumping throughout. Liberated by that stance, the drummer has the freedom to make strategic moves involving everything from cymbal snaps and woodblock clipping, the better to complement Butcher’s narratives.

Probably the easiest entry point to the poised intensity from this balanced trio is Earlianum. With Müller’s accompaniment low-pitched and rhythmic, Butcher’s tenor sax exposition is so well-modulated it could be from Coleman Hawkins, until he opens up the piece with shaking vibrations and quivering multiphonics, which are shadowed by the drummer’s clicks and clatters. As the saxophonist’s part evolves to reed bites plus staccato split tones, van der Schyff introduces muscular ruffs and the bassist’s part is transformed from stentorian tremolo strokes to razor’s edge slices and stops.

This interaction is emphasized throughout the disc. No matter how many triple-stopping bass runs, drumstick-on-cymbals shrills or strident reed-shattering banshee wails are heard, skilful equilibrium allows the tunes to impress as they flow chromatically. Comparison of NAFIA with NAFTA makes it clear that cooperation involving disparate musicians easily trumps any tripartite agreement dreamed up by politicians