Exemplars of a distinctive Québécois aesthetic called Musique Actuelle, the oddly named Jane and the Magic Bananas is actually a trio of male performers who during nine bizarrely titled improvisations confirm the links between Heavy Metal and Musique Concrète.

With Michel F. Côté’s drums electronically amplified, plus Alexandre St-Onge extending his resonating double bass lines with self-controlled electronics and electric guitarist Sam Shanabi moving from arena-rock-styled flanged distortion to intricate and off-centre note clusters, the sonic result is as aleatoric as it is atmospheric. A tune like Passing the Gates of Shalmir-Keshtoum for instance, languidly contrasts electrically oscillated bass motion with drum clatters and ruffs; whereas staccato guitar runs plus heavy-gauge bass strings plucked and resonating for maximum physicality, meet nerve beats from the drummer on Gul Shah’s Hunchback Henchmen. Meanwhile among Côté’s seemingly random hits and rumbles on In Which Jack’s Cruise is Ended, Shanabi manages to weave dense chording and filigree licks in such a way as to sound as if several guitarists are present. Most characteristically, each player appears to take off in a different direction on Third Invasion of the Swingingsguord until cross-patterning drums, a slurred bass ostinato and distorted guitar licks combine for a sound eruption that makes Pierre Schaeffer’s pioneering Étude aux chemins de fer sound as hushed and primitive as liturgical plainsong, while avoiding the blank nihilism of Hard Rock. If Jane and the Magic Bananas can be faulted, it’s that the three players don’t extend the humour implicit in their name and song titles to leaven some of the dense chiaroscuro-coloured improvisations here. 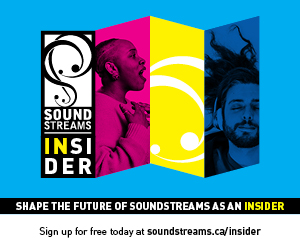