Product of musical miscegenation, jazz has always been most welcome to sound influences. Meanwhile, much of so-called ethnic music, especially from non-Western countries, features some variants of improvisation. Blending the freedom of jazz with aleatory additions from other cultures produces provocative sounds as these CDs attest. Yet all are noteworthy because, rather than using either music as mere exotica or rhythmic overlay, each is performed with the same respect. 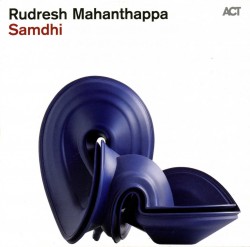 Indian-American alto saxophonist Rudresh Mahanthappa has dealt with his dual heritage before, but on Samdhi (ACT Music 9513-2 www.actmusic.com), recorded just after he had attended an intensive two and a half week Carnatic music festival in India, it is upfront with the inclusion of the mridangam and kanjira drum playing of “Anad” Anantha Krishnan. Not willing to settle for mere Indo-Jazz lines, Mahanthappa also recruited guitarist David Gilmore and drummer Damion Reid plus Toronto electric bassist Rich Brown to lay down the sort of funk-inflected licks they would bring to a jazz-rock session. The most emblematic example of this is simply titled Ahhh. On the surface it sounds like a folksy tune with Mahanthappa’s saxophone taking the singer’s role. Yet beneath the folksiness Krishnan is pumping and double tapping as if he was on a Mumbai-recorded session, while at mid-point Gilmore and Brown churn double-timed licks as if preparing for an R&B gig. Meantime Mahanthappa’s reed line echoes as if he’s playing with a varitone attachment. Still the arrangement here is traditional enough to include a recapped head. A similar strategy is used on Killer, but there sax timbres reflect both jazzy slurs and a snake-charmer’s flute’s quivers. Overall the feature includes echoing vamps from Gilmore and Brown, heavy bashing from Reid and some shuddering frame-drum licks. With other tracks ranging from the mid-tempo ballad For all the Ladies, that includes delicate finger-style licks from Gilmore mixed with Carnatic beats, to Breakfastlunchanddinner suggesting what avant saxophonist Ornette Coleman would sound like if he played in a session built on powerful drum pops and twanging guitar runs, the sonic permutations and innovations of this CD are nearly limitless. 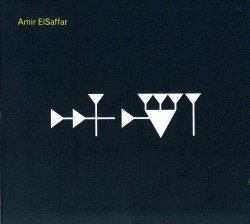 So too are the polyphonic textures expressed by Iraqi-American trumpeter Amir ElSaffar’s Two Rivers Ensemble in a suite inspired by the ancient Mesopotamian god of carnal love and warfare that is Inana (PI Pi41 www.pirecordings.com). Mahanthappa was initially a member of this ensemble but has been replaced by saxophonist Ole Mathisen. ElSaffer, who studied Mangam vocalizing and playing the santour or hammered dulcimer in Iraq, utilizes Middle Eastern currents alongside his microtonal trumpet skills. The sextet is filled out by bassist Carlo DeRosa and drummer Nasheet Waits plus two experts in Arabic modal scales: oudist/percussionist Zafer Tawil and Tareq Abboushi who plays buzuq or fretted lute. Throughout, Mesopotamian rhythms jostle against Balkan horn patterns, co-existing next to double bass slaps and percussion backbeats. Thus lockstep Europeanized harmonies often abut frenetic cadenzas from the soloists. Yet even at their most “ethnic,” Abboushi’s rasgueado string movements coupled with Mathisen’s multiphonic slurs could still be those of saxophonist John Coltrane working with guitarist Wes Montgomery. Furthermore, ElSaffar’s capillary blowing ranges from heraldic to hushed, with contrapuntal explorations reflecting Miles Davis’ experiments with modes and frequently seconded by bass-string pops and drum kit colouring. Note the allusions when a track such as Inana’s Dance (I, II, III) is contrasted with the extended Journey to the Underworld. On the former as free-form percussion ratamacues mix it up with layered horn notes, the tremolo trumpet slurs have more to do with New Orleans than New Babylon, while Abboushi could be strumming a Dixieland tenor banjo. Meanwhile the bassist walks as the different sections evolve parallel to one another. Journey to the Underworld, on the other, hand begins and ends with keening vocalization from ElSaffar that evolves to melismatic yodeling, with dumbek crunches, kinetic strumming and Arabic-sounding reed accompaniment. However the middle section balances on off-centre thump bass, rolls and rim shots from Waits, contrapuntal trills from Mathisen and sharper retorts from the trumpeter. 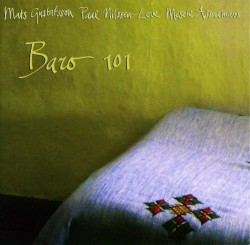 These discs involve Westerners coming to terms with their dynastic roots, but Baro 101 (Terp Records AIS-19 www.terprecords.nl) follows a different path. Named for the Addis Ababa hotel room in which it was recorded, Baro 101 captures a jam session among free jazz improvisers, Swedish baritone saxophonist Mats Gustafsson and Norwegian drummer Paal Nilssen-Love who were performing in Ethiopia, and local Mesele Asmamaw, who plays the pentatonic scale-tuned krar or six-stringed bowl-shaped lyre. Asmamaw creates licks that could be attributed to guitar, mandolin, banjo, steel guitar or string bass and the Europeans surmise different strategies to complement each twang. Gustafsson’s bulky snorts, resonating tongue slaps and subterranean burbles usually dominate the tunes’ percussive base. This leaves Nilssen-Love free to use everything from cross sticking to bass-drum clobbering as polyrhythmic responses to Asmamaw’s multi-string forays. Nephritic cries from the reedist merely deepen the creative tension. Alternately, when he’s fully in the moment, Asmamaw vocalizes in high-pitched Amharic, accompanying himself with rapid frailing. It’s likely the Arabic lilt that appears in Gustafsson’s riffs is purely illusionary. Yet his vamping counterpoint can be related to Scottish or Iberian bagpipe vibrations the same way that Asmamaw’s percussive finger-picking simulates a banjoist’s claw-hammer picking or a mandolinist’s rapid chromatic runs. Eventually, after many crescendos of saxophone tongue stops and altissimo slurs, steady backbeat or gliding stick pressure on the drums plus string patterns that use a wah-wah pedal as well as straight strumming, the three reach a satisfying climax of chromatic snaps, pops and plucks. 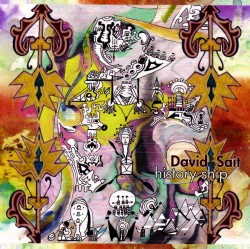 Alone, but not quite solo, Brampton’s David Sait produces a unique take on mixing ethnic sounds with improv on History Ship (Apprise Records AP-05 www.guzheng.co). Although he plays a 21-string Chinese guzheng or plucked, half-tube zither with movable bridges, Sait uses arbitrary tuning to produce alternative intonation that alters the expected timbres of an instrument whose antecedent was developed about 220 B.C. As the CD progresses, the results are simultaneously deconstructed and cacophonous. Plus he adds samples of echoing voice to further counter any tendency towards the harmonious. By the time The Bells of Ischgl arrives, Sait’s improvising resembles that of two tandem guitarists, one whose crunching runs are bluesy and the other whose slurred fingering layers tone extensions on top of individual plucked notes. Processed samples, introduced here and on the concluding Wood Stack Rockslide Avalanche make the sequences dissonant, inchoate and fascinating. Creating additional percussion sounds by hand hammering the strings, while elongating glissandi so they judder as much as they skim, Sait formulates oscillations that should come from electronics but are created acoustically. Similarly, bent notes alongside distorted flat picking coupled with sampled drum smacks create a bottom for his experiments. Decisively he isolates the occasional harp-like arpeggio so that the buzzing interface plus abrasive wood patterning don’t completely obliterate string characteristics.

Using an ancient ethnic instrument for 21st-century improvising, Sait creates a soundfield well worth exploring, as do the other CDs here, which bend and blend traditional non-Western music with free-form improvisation.