Traditionally, holiday time gets people thinking about CD box sets as gifts. But merely offering multi-disc best-of collections hardly shows originality. Instead the most valuable multiple CD sets are collected because, like the talented players featured here, the musicians literally had more ideas than could be expressed on even two discs. Take Paris-based bassist Benjamin Duboc for example. Probably the busiest and most inventive player of his instrument in French improvised music circles, Primare Cantus (AYLCD 098-099-100 www.ayler.com), a three-CD-set, highlights a different facet of his work on each side. A treat for double-bass fanatics, the solo work on Disc 1 demonstrates that by also using his voice and extended techniques the spatial program not only expresses the fascinating bass timbres but does so in a way that the resulting sounds seem electronically processed although thoroughly acoustic. Meanwhile Discs 2 and 3 are equally excellent showing how his mature style adapts to input from radically different ensembles. Accommodating his jagged bowing and hearty string smacks to the vibrations from saxophonists Sylvain Guérineau and Jean-Luc Petit plus cunning percussion asides from Didier Lasserre, results in concentrated sounds that are as accommodating as they are opaque. The fifth untitled track for instance, perfectly matches low-pitched bass arpeggios with the timbres of cymbal tops being gonged and gauged, while track nine climaxes with majestic glissandi from both reedists mated with Duboc’s speedy string scrubbing that completes the initial challenge between the bassist’s strums and subterranean snorts from Petit’s baritone plus fortissimo bites from Guérineau’s tenor. Pascal Battus’ guitar pick-up and the subtle introduction of field recordings give Disc 3 more of an electronic cast. Overall, with Sophie Agnel concentrating on fishing out unexpected note clusters from her piano’s internal string set and Christian Pruvost mostly propelling pure air from his trumpet, the thesis is timbre expansion not swing. For instance, the bassist’s concentrated ostinato underpinning Battus’ bottleneck flanges, the trumpeter’s strained grace notes and Agnel’s mallet popping on the strings creates mercurial dynamism. Additionally, suggestions of billiard balls being racked or magnetic tape reels reversing provide unexpected tinctures in a sound field otherwise consisting of agitated bass licks, quivering piano strings and squealing brass. Overall, an aviary explosion from Pruvost, shaped by Agnel’s metronomic pitter-patter and Duboc’s pedal point is as exciting as anything recorded by Roy Eldridge with Oscar Peterson and Ray Brown.

So are the three CDs of improvisations from the well-matched Swedish duo of veteran Roland Keijser playing a variety of conventional and folkloric reeds in conjunction with Raymond Strid’s sensitive percussion output. Recorded live in a Stockholm club Yellow Bell (Umlaut UMADA 2 www.umlautrecords.com) offers a variety of moods and stratagems. Although Keijser – on piano – and the percussionist conclude with a stately reading of Monk’s Mood that’s all tremolo key clipping and drum rim smacks, most of the 32 tunes are far from the jazz canon. Spegelsång for example finds Keijser on stuttering saxophone and Strid’s thumping martial beat deconstructing a folk tune as its initial tone rows are played upside down in its second half. On Sohini the reedist’s tootles are from trussed metal whistles and Strid’s drags and flams could come from a djembe intonation, while Keijser uses a supple South Indian venu flute to play a variant of the Swedish Varför frågar du/Varför svarar du backed by snare shuffles and cymbal rattles. The most impressive display of this cross-cultural improv is evident on the title tune plus Kvällskvarpa/Dansa med moss. On the former, Keijser’s Sonny Rollins-like obbligatos transmogrify an ancient fiddle tune into near-jazz, while the latter is kept linear by Strid’s paradiddles and ruffs as mid-range clarinet glissandi diffuse from snake-charmer-like trills to splintered runs.

Someone who’s cognizant of Duboc’s plus Keijser’s and Strid’s influences plus many other notated and improvised tropes is Viennese guitarist Burkhard Stangl. Obviously no sufferer from false modesty, Hommage à moi (Loewenhertz loew 020 www.loewenhertz.at) presents 25 tracks of his oeuvre from 1993 to 2009 performed by groups ranging from duos to extended ensembles. Included are electro-acoustic compositions; notated and improvised music; an extended orchestral salute to English lutenist Robert Dowland; plus more contemporary influences and associates. The most affecting pieces are those created for quasi-improvised ensembles spurred by soloists such as British saxophonist John Butcher or Austrian trombonist Radu Malfatti. Konzert für Posaune und 22 Instrumente which seems to take its inspiration from Malfatti’s, microtonal vocabulary, contrasts flat-line, pressurized brass tones with an ensemble’s accelerating and vibrating polyphony. Highlights include slurred guitar fingering and the trombone’s incremental and widely spaced tongue slaps, squeaks and hollow-air vibrations. Quixotically, Concert for Saxophone and Quiet Players, featuring Butcher and a stripped-down ensemble is actually louder than the trombone concerto. Extended reed whorls encompassing tongue flutters are contrasted with contributions from the “quiet players” which include static crackles, dial-twisting quirks and field-recorded bird sounds plus flute flutters and intermittent percussion beats. Post-modern harmonization of 17th century vocalization and 21st century instrumentation, My Dowland puts countertenor Jakob Huppmann’s ethereal voice in the midst of romantic string progressions plus sampled aviary chirps which become increasingly agitated although Huppmann and the string section remain languid and moderato. 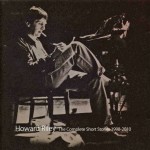 Moving from orchestrations to a more singular but just as wide-ranging project is British pianist Howard Riley’s The Complete Short Stories 1998-2010 (NoBusiness NBCD 21-26 www.nobusinessrecords.com). Extended essays in the art of solo piano, these six CDs present 74 tracks which range in length from slightly more than one and a half minutes to almost seven and a half plus five novella-sized meditations from 2010. Someone whose interests include contemporary notated music as well as every variety of jazz, Riley’s showcases are consistent as well as brief. One of the most affecting tracks is For Jaki on CD 2, a bouncy ditty with Tin Pan Alley suggestions that honours the late American pianist Jaki Byard. Similarly the title tune is kinetic as well as dramatic, equally emphasizing high-pitched tremolo lines as well as a grounded narrative. Concision on the other hand, vibrates on the percussive harmonics which can be plucked from and strummed on the piano’s internal strings, while the steady lengthening lines of Another Time show harmonic references to Lennie Tristanto-like cool jazz. Riley’s discursive stop-time frequently recalls Thelonious Monk as on the tellingly titled Roots and elsewhere. Nonetheless, the extravagant dynamics he exhibits on The Opener are mirrored by his stentorian patterns on many other tunes, where Earl Hines-like walking bass notes and Cecil Taylor-like percussive runs vie for supremacy.

Adventurous listeners on anyone’s gift list would appreciate any of these sets. 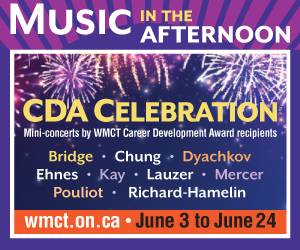