Details
Written by The WholeNote Staff
Category: We Are ALL Music's Children
Published: 31 October 2014 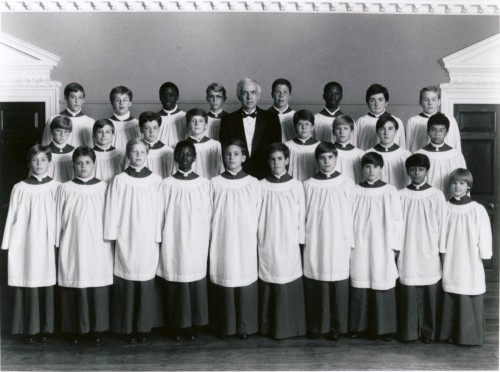 In January this “littlest angel” (front row R), now a tenor, will portray a shepherd who’s in love with a nymph.

Meanwhile there are three Messiahs on his horizon

WIN PRIZES! Send your best guess, by October 24, to musicschildren@thewholenote.com.