“I wonder whether you or one of your colleagues can help?” WholeNote reader Anita Kern wrote to me, on July 15 this year. “I had a copy made long ago of a tape of The Great Gathering. It was in 1987 – the Toronto Symphony and LOTS of major performers. The ‘fête’ for Homburger. Sadly, I can’t seem to find it now – possibly I gave it away to a music-teacher fan in Belgium!

Sadly, too, the TV station discarded its tape. Such an important concert!  It’s incomprehensible. I wonder whether you have a copy, or anyone you know.”

Ten days later, on July 25 came the announcement that Walter Homburger had died.

A great gathering it must have been indeed! It took place at Roy Thomson Hall on March 9 1987, to honour Homburger, musical impresario and administrator, on the occasion of his retirement, after 25 years, as managing director of the TSO. A typed list of the performers on the program, along with the TSO itself, speaks volumes: Ozawa, Yo-Yo Ma; Stern, Rampal, Zuckerman; Perahia; Forrester; Iseler, the Mendelssohns; Midori; Lortie; Slava.

Meanwhile I went digging back through our own archives for this: Walter Homburger in his own words, interviewed via an email exchange, in February 2004. (I forget what I asked to get the ball rolling.) 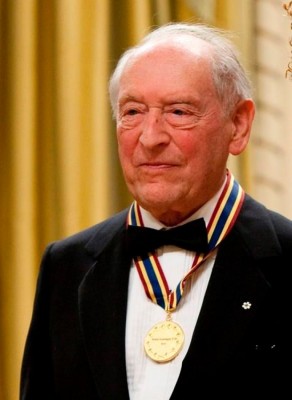 Homburger: I created the International Artists Concert Agency in 1947, presenting concerts and recitals by international and Canadian artists mainly in Massey Hall. Among the many greats were Artur Rubinstein, Fritz Kreisler, Vladimir Horowitz, Slava Rostropovich, Luciano Pavarotti, Joan Sutherland, Leontyne Price, Glenn Gould, etc. In 1945, I [had] discovered Glenn Gould at a Kiwanis Festival and managed his concert career for 20 years until his retirement from active concertizing. Among the other artists I managed were Victor Braun, Jan Rubeš, Louis Lortie, Donald Bell, Rohan de Saram, and Alfred Brendel on his first two North American tours. In 1987 I made a co-presentation arrangement with the TSO.

I became the manager of the National Ballet from 1951 (its inception) to 1955. In 1962, I became the managing director of the Toronto Symphony and managed that organization for 25 years until my retirement in 1987. Since 1993, I have managed the career of violinist James Ehnes worldwide, who had won the Women’s Musical Club of Toronto Career Development Competition. My next project is the presentation of an all-Beethoven recital on April 13 [2004] at the George Weston Recital Hall with James Ehnes and Louis Lortie playing the “Spring” and “Kreutzer” Sonatas for Violin and Piano as well as the “Les Adieux” Sonata for solo piano.

David Perlman: There are three areas I want to ask further about. First, regarding spotting Glenn Gould in 1945 at a Kiwanis festival; that would have made him 13 and you, at 21, not that much older! I read another account somewhere which said you “spotted” him performing the Beethoven 4th with the Toronto Symphony orchestra at age 14. My question is whether you played a part in getting him from Kiwanis to TSO in such short order. I’m also a bit in awe, in part that you recognized his artistry, but even more that, young as you were, you could see clearly your own role in nurturing it. Was piano your own instrument? And were music and the business of music already your milieu?

Second, I want to ask about your association with the TSO. You managed it for 25 years, up to 1987, and then came forward, along with Bob Rae, to provide helmsmanship again during the sticky transition of the past couple of years [early 2000s]. In what ways are the challenges ahead of them now most different from those during your time at the helm?

Third, the year you decided to “come out of retirement” and take on the management of James Ehnes, 1993, was also the year that you were involved, as an interviewee, in the film 32 Short Films About Glenn Gould. Does the coincidence have any particular significance or was it just one of those things?

WH: I don’t recall whether I was responsible for the 1946 TSO engagement for Glenn. However I presented him in a recital at the Eaton Auditorium – I believe in the fall of 1947. I have no musical training – but in my early teens I did get some piano lessons and was exposed to classical recordings, concerts, and opera on radio – such as from La Scala in Milan.

Like everyone I react favourably or otherwise to music or musicians whom I hear – so when I first heard Glenn it affected me deeply. At that time, I was thinking of establishing a company to present concerts in Toronto, and it occurred to me that if I wanted to present an artist in Toronto who was managed not by a New York agency – which was the norm in those days – I would have to trace the management. By the same token, I assumed that if Glenn was as wonderful as I thought, potential presenters throughout the world would soon find out where he was managed and contact me. Fortunately, this happened.

For as long as I can remember, it was always a balancing act to keep the TSO in financial shape every year. Perhaps it is more difficult today because the percentage of support from governments has not kept pace with the ever-increasing costs of operating a not-for-profit arts institution.

It was just a coincidence that the Glenn Gould film and the beginning of my management of James Ehnes happened around the same time. You are the first one who pointed it out to me!

DP: A couple more questions: I saw a list of photos autographed to you, now at the [US] National Archives: along with the classical greats Karel Ančerl, Marian Anderson, Leonard Bernstein, Maria Callas, Kathleen Ferrier, Tito Gobbi, Marilyn Horne, Vladimir Horowitz, Birgit Nilsson, Itzhak Perlman, Leontyne Price, Artur Rubinstein and Herbert von Karajan are also names like Louis Armstrong, Duke Ellington and Mahalia Jackson. Was jazz a particular love of yours along with classical? And you said earlier that “like everyone” you react favourably or otherwise to music or musicians. But not everyone can spot a winner. What is it that you hear in James Ehnes and Louis Lortie, for instance - the two artists you are presenting here in April - that made you say, “Yes, they are worth MY commitment.”?

WH: My philosophy was and is to present the best artists of the day whose performances would be enjoyed by a large audience - they could be classical or jazz as you can see. I just brought anyone who was considered tops. As far as Ehnes and Lortie are concerned, they are simply two of the finest classical artists this country has produced, and it is a unique opportunity to hear both of them play solo and combine their talents.

Anita Kern, by the way, found her copy of The Great Gathering and made me a copy of it (for research purposes only, of course). It sits on my desk, waiting for the right moment. I suspect what I will find, when I view it, is that it will be, triumphantly, as Walter Homburger himself was, all about the music. 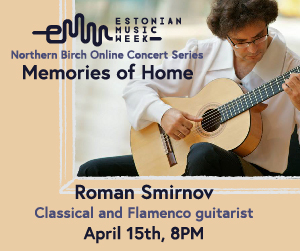