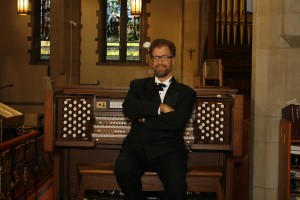 Many years ago, my good friend Stephanie Martin introduced me to her husband. A professorial man with a Lytton Strachey-esque appeal nodded briefly at me. I soon learned of the warm and affectionate soul which lay beneath the bushy beard and patched elbows of Bruce Kirkpatrick Hill. He and Stephanie were married for 22 years, and their kind and patient partnership was an inspiration to all around them.

Known for his work as music director of Christ Church Deer Park for 11 years, Bruce was also a freelance accompanist — working with the Tafelmusik Chamber Choir, Pax Christi and many others over the years. He could also be heard singing at Holy Blossom Temple during the High Holy Days and at the Oratory of the Holy Family at special services.

Bruce had many nicknames (Juicy, Bruce Two-Dinners …) and was usually found outdoors. His great love for sailing was nurtured on his boat, the Hemiola. Even throughout his illness, he rode his Vespa each morning to Pain Perdu on St. Clair for his daily croissants, orange juice and café au lait. Bruce’s desire for fresh air was also exhibited by his frequent sporting of a kilt and sporran, the latter of which contained a copy of Robbie Burns’ Ode to a Haggis, read at his and Stephanie’s yearly Hogmanay celebrations.

Toronto grieves with Stephanie for the loss of this loyal and reliable force in choral and church music. Bruce was an aesthete to the end and took risks to attain excellence in everything he sought — be it music, croissants or travelling. He passed away Sunday, March 18, at the Vladimir Ilich Lenin Hospital in Cuba, in the company of his wife. Bruce is survived by Stephanie Martin and the Martin family; his mother Gillian Hill; two brothers, Andrew and Christopher Hill, and their wives and families.

But mark the Rustic, haggis-fed,
The trembling earth resounds his tread,
Clap in his walie nieve a blade,
He’ll mak it whissle;
An’ legs, an’ arms an’ heads will sned,
Like taps o’ thrissle
—Robbie Burns