“The final was, he says, ‘Inspiration upon inspiration. For me there was nothing to fear. Nobody knew me. It felt fresh.’”

The quote above is by a Montreal-based winner of the prestigious Warsaw Chopin Piano Competition, a Canadian citizen since 1995, reflecting on his victory. But it’s not Bruce Liu, whose stunning performances in Warsaw won him first prize just a few weeks ago. It’s Dang Thai Son (one of Liu’s teachers, as it happens), as quoted in The WholeNote, vol. 6, no. 5, [page 36] in February 2001, on the occasion of his first Toronto recital. Born and raised in Vietnam, Dang was resident in the Soviet Union when he won the Chopin Competition in 1980, and has lived in Montreal since 1991.

On the heels of Bruce Liu’s triumph in Warsaw, Norman Lebrecht, the resident scourge and critic of the classical world through his many books and his popular blog, Slipped Disc, proclaimed the present day the “era of the Canadian pianist,” noting that, with his Warsaw victory, Liu joins the ranks of Angela Hewitt, Marc-André Hamelin, Charles Richard-Hamelin, Jan Lisiecki and Stewart Goodyear as players of the first rank on the international stage. Forget Glenn Gould – for Lebrecht, this is the great era of Canadian pianism.

Previously, it was Canadian singers that dominated the classical world, helping us punch above our weight in international musical circles – the Heppners, Schades, Brauns, Finleys, Pieczonkas, Bayrakdarians. Within a smaller sample size, we can also note Yannick Nézet-Séguin’s achievements as one of the great names in international conducting today.

The question that keeps crossing my mind, though, is this. Should we Canadians take any particular flag-waving pride in these international superstars? Is there anything intrinsically Canadian about them? 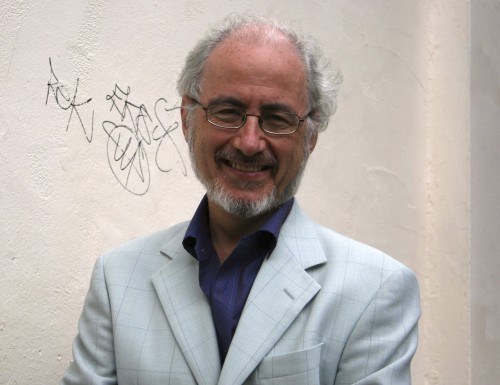 With the significance of nationalism as one of the central debates defining the modern world, it is not an incidental question. One of the surprises, for me, anyway, of this pandemic, has been the extent to which, despite the existence of a deadly planetary crisis, nationalism became a central determining factor in everything – from pandemic rules, mask mandates, vaccine distribution, infection rates, likelihood of death. We are all one world, in theory – until it comes time to get your shot. Then it’s every country for itself. (The climate emergency is unfolding exactly the same way.)

Paradoxically, we are, as a nation, conflicted about nationalism in the arts, especially now in our post-nationalist, confused 21st century, as we try to deal with our odd doubled colonial past, as a country that was colonizing and colonized at the same time. On the one hand we are suspicious of national enthusiasms, especially as we view their more frightening and murderous manifestations around the world. On the other hand, let’s be honest, the emergence of cultural nationalism in Canada in the 1970s, which led to everything from Canadian content rules in the recording industry to Telefilm Canada to a resurgence of an almost moribund CBC Radio to a renewed interest in Canadian writing, was one of the great moments in our cultural history. It led to many Canadian cultural heroes, one of whom, not to put too fine a point on it, won a Nobel Prize in Literature – not an insignificant cultural achievement.

So, can we legitimately take similar pride today in the Goodyears, Lius, Hamelins, Lisieckis and Hewitts of the world? Let me try to answer that question by shifting the focus from one international performing arena to another. This year’s US Open Tennis Championships, the one dominated on the women’s side by the teenagers Emma Raducanu and Leylah Fernandez raised a a similar question for me: among the many fascinating correspondences between the two young women who contested the tournament final was one generally overlooked – they both hold Canadian citizenship! Raducanu was born in Toronto 19 years ago; Fernandez, 19 years ago in Montreal: Raducanu to a Romanian father and a Chinese mother; Fernandez to an Ecuadorian father and a Filipina mother. Raducanu moved to England when she was two. Fernandez currently lives in Florida. 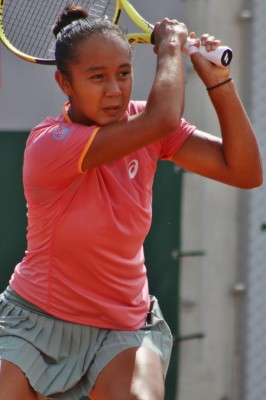 How exactly would you parse either of their nationalities? I’ll tell you how. Not at all. In every possible way, these two young women are both modern children of the 21st century. It seems to me to make almost no sense whatsoever to talk of their nationality, singular, as though it was the single defining category in their lives. Nationalities, perhaps. Nationality, no.

And is the same true of our “Canadian” pianistic superstars? What would we say is Canadian about them? Anything? They don’t even all live here. They were not all born here. So in what way, if any, do their achievements belong to us all?

In two very significant ways, I would say.

First is that for each of them their formative training, and for half of them, their entire musical training, was done in this country. Marc-André Hamelin did some post-grad work at Temple University, as did Charles Richard-Hamelin at Yale, and Stewart Goodyear at both Juilliard and Curtis; but Hewitt, Lisiecki and Liu were more or less trained exclusively here. This was also true, by and large, for the great singers that preceded them. That is an immensely significant achievement. No longer is Canada merely a hunting ground for talented young people who are then immediately shipped off to New York or London or Paris for the bulk of their studies.

Today we have the institutions and expertise, world-class, to do it here. That is something in which we all can take pride, because those institutions, in Montreal and Toronto and Calgary and Vancouver, could not exist unless we all recognized the importance of being able to have world-class facilities for world-class talent in our own backyard. That’s a lesson for us that extends far beyond classical music.

Second, and just as significantly, the success of these young performers demonstrates the true meaning and success of the so-often vilified policy of multiculturalism in our country. Multiculturalism does not mean that people from all over the world come here to have the same opportunity to enjoy Timbits or shop at Canadian Tire. Multiculturalism means that Canada, through its relative openness to the world, is a magnet drawing people from all over the planet, as a place to settle in, and live, and bring their values to, and raise children, with the understanding that the children they raise, or they themselves, will sometimes evince musical greatness. Or medical greatness. Or financial greatness. Or whatever other kind of special achievement.

It is that possibility that attracted Bruce Liu’s parents to come here, and Jan Lisiecki’s, and Stewart Goodyear’s and, in a different generation, Angela Hewitt’s. And Emma Raducanu’s and Laylah Fernandez’s. And hopefully, many others we don’t know yet. That is something to take pride in – the extent to which we are capable of creating a welcoming environment with nothing to fear for these artists of the first rank, and their families.

That being said, our modern nationalism in this country demands a lot from us, based as it must be in the future more than a reliable past, so depriving those of us already here with that sense of changelessness and security, which everyone yearns for, but which has not helped us to come to terms with the founding cultures in this country, steeped in the experience of tens of thousands of years.

Yes, it seems to me that the success of our new “Canadian” piano superstars is not just accidental, not just a statistical quirk. But on the other hand, neither is it cause for enormous parochial celebrations of Canadian “greatness” (as if we were capable of such a thing outside a hockey arena). Somewhere in between is an elusive but potentially useful meaning of nationalism today, in the arts and in the world. Nationalism is real, and can be positive, even necessary, but only when used with great care.