Here’s a reminder for those of you who think we Canadians have no substantial international intellectual clout. You are wrong. So wrong. And how do I know? Because Le Monde, France’s leading newspaper, told me.

You see, Paris is up in arms these days because our Alexander Neef, now running the Paris Opera, has decided to stop ballet performances in blackface, and pledged to improve the racial balance in the makeup of members of his companies. He’s even wondered out loud whether certain pieces might be permanently retired from the Opera’s repertoire. (Please, take Madama Butterfly, please.) Everyone from the President of the Republic to the monstrous Marine Le Pen is beside themselves with alarm. “Woke, leftist ideas” they shudder, are intruding into the rarefied world of French intellectual life.

But, as Le Monde pointed out, what can you expect? Neef spent more than a decade in Toronto, they note, where, clearly, his mind and soul were permanently debilitated. In other words, it’s not Neef’s fault he has been polluted with these new ideas. It’s our fault. Take a bow, Toronto, we are corrupting the whole world! And maybe, just maybe, the world is ready for it. 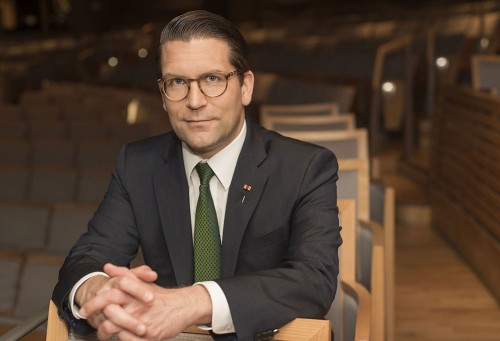 As expected, or at least hoped, the pandemic has encouraged musical institutions everywhere to reevaluate conventions, practices, repertoire and ways of thinking, decades, if not more than a century old. In mid-February, Anthony Tommasini, The New York Times’ chief music critic wrote a fascinating column espousing some of the same ideas we’ve been talking about here for months. He hoped out loud that when the pandemic finally runs its course, we wouldn’t just return to business as usual with symphonic music. He’s encouraging more creative presentation techniques, a less predictable, more nimble scheduling policy that would allow programs to be put in place weeks in advance of performance, rather than years, as is now the case. He wants to hear works by new composers, see more racial and gender balance in performers and creators – all in all, bear witness to a more responsive, more relevant art form.

Yes, even here, in bad old “woke, leftist” Toronto (who knew?), things seem to be pivoting as well. Two new appointments to major Canadian musical institutions suggest that changes in thinking in musical leadership are on the horizon. The first was the announcement in November of Perryn Leech, currently managing director of Houston Grand Opera, as Neef’s replacement as general director of the Canadian Opera Company, with a clear focus on community outreach and financial stability central to his mandate. But perhaps the more interesting hire was the appointment of Ellie Hisama to be dean of the Faculty of Music at the University of Toronto, effective July 1. 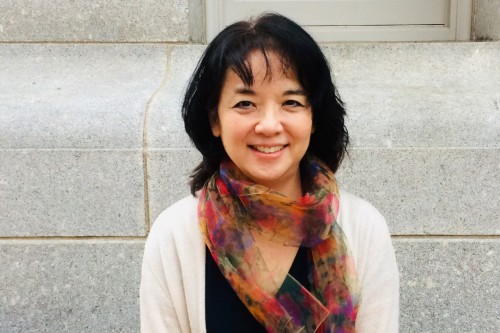 According to her Columbia University bio, where she currently teaches, Hisama’s research and teaching “have addressed issues of race, ethnicity, gender, sexuality and the social and political dimensions of music.” She has published volumes on Ruth Crawford Seeger, and on hip-hop, and in her welcoming statement, she said that she was looking forward to “opening and leading conversations about how students, staff, faculty, alumni and administrators can work together towards greater diversity, equity and inclusion...”

A more comprehensive and bold statement of changing directions for the U of T faculty would be hard to find. Hisama’s appointment puts U of T firmly on a new footing as regards the presentation, repertoire and performance of classical music. And while it can be easy to chalk up such an appointment to “political correctness” (something of an intellectually lazy phrase), it’s important to note that the education system is by far the weakest link in the entire classical music superstructure. By and large, classical music education is intensely conservative, primarily because, as someone once brilliantly noted to me, students today are not learning their teachers’ technique, but their teachers’ teachers’ technique. In other words, most classical conservatories and faculties are rooted in ideas about music three or four generations old. And when you realize how few musicians ever think beyond what they learn in their student years (when many of them are still in their teens), it’s obvious that reform of music education is central to reform generally in classical music.

But what, you may ask, do issues of “diversity, equity and inclusion” have to do with questions of bowing technique, or vocal production, or formal analysis? With the nuts and bolts of musical technique? Well, if you’ve read any of the “new” musicology over the past 30 or 40 years, you’ll know the answer is: quite a lot. Hidden deep within what we think are socially and musically neutral aspects of classical music are many, many structures and ways of thinking about the art that are highly political and socially distinct, very much of their own time, not of all time.

Exposing these taken-for-granted ideas about music to the light of contemporary analysis does many things at once – and one of them is to produce fresher, more animated, better performances. Better by current standards. Sort of what happened when the fresh wind of period performance practice blew the cobwebs off the previously stultifying conventions of Baroque music-making back in the 1970s and 80s.

That is to say, the main reason to make diversity, equity and inclusion the goals for a music faculty – other than the obvious moral worth of the undertaking in and of itself – is to expand the range and breadth of what is considered valuable and beautiful in music. It’s an aesthetic argument in the end, not a social one. Or both equally. Art will die if excellence isn’t its watchword, but excellence is not a singular, uniform concept. Excellence dies if dancers or players or composers are denied opportunities to exhibit their excellence because they have the wrong skin colour or gender. Excellence dies when creators are not encouraged to express themselves because their means of expression fall outside a very narrowly defined universe of acceptable creative avenues. The social and the aesthetic are powerfully linked, and always have been.

When we resist the socially new in art, we don’t call it revolutionary. We call it ugly. That’s what they called Beethoven’s music in his day, repeatedly. That’s what they called Debussy’s. It’s true that art has its origins in ritual, so we love the things we know, need the things we know. But that shouldn’t blind us to the possibilities of renewal and the value of the future in artistic enterprise. And there are few better ways to engage that future in art than by expanding the range of people who make it. That’s especially true of classical music, which, let’s face it, hasn’t cared much for the future for quite a while. It’s time to free up an art form which has been tightly and determinedly clenched-closed for a long time, to its detriment.

I can’t say I envy Dean Hisama’s position. I’m guessing she will have many battles to fight as she tries to reorient her new Faculty, although, to be fair, I may be underestimating the desire for the new at U of T. But I’m with Anthony Tommasini about the importance of using the pandemic to force a reset in classical music. (Our own Tricia Baldwin, director of the Isabel Bader Centre for the Performing Arts at Queen’s University, outlined many of the same thoughts in a fascinating article she wrote for International Arts Manager magazine in December.)

Making classical music more inclusive, and thus more relevant, isn’t the only thing on the table in that enterprise, but it’s an important component. So it will be interesting to see how Ellie Hisama, on our smallish local stage, and Alexander Neef, on quite literally, tout le monde’s stage, manage in their efforts. Personally, I wish them the best. I think they’re waging a battle on behalf of us all.