I think it’s becoming clear that, at least here in North America, the unimaginable is going to be a reality.

There just aren’t going to be any major live performing arts events for us to go to for a year. Maybe longer. The Toronto Symphony has cancelled its entire planned season; Music Toronto the same. The COC has cancelled its productions at least until January, as has the National Ballet. No Nutcracker in Toronto for the first time since 1955.

But the shade of the pandemic hasn’t just denied us opportunities to witness performances. Beyond all the artistic and financial consequences of the virus, three major musical organizations in Toronto in the midst of institutional renewal have had those plans severely upended. Gustavo Gimeno will have to wait a year before he can conduct the TSO as its new music director from the podium in Roy Thomson Hall. The next general director of the COC, to replace Alexander Neef in September 2021, might not have a season to produce for some time, and the fascinating new spirit that Elisa Citterio has brought to Tafelmusik has been forced into relative hibernation just as it was blossoming. The virus burrows deeper and deeper into our lives as it continues unabated.

And so it is becoming clearer that the long-term effects of the disease are taking on increasingly radical proportions. We have underestimated the significance of the pandemic repeatedly since it first made its appearance. We continue to do so, and I shudder to think what will happen when a second wave of the virus comes smack up against our regular flu season. With each passing day, the potential for the virus to seriously disrupt and change central aspects of our lives increases. We’re not going back to normal, I think. That normal is a thing of the past.

Potentially a great deal. We have forgotten through numb repetition that the conventions of classical music we adhere to and revere are more or less arbitrary: that they have changed over the centuries a great deal, and are always a response to relatively mundane conditions surrounding music’s performance spaces, audience composition, economics – the complete day-to-day enterprise of getting it made. A pretty cogent argument can be advanced that the symphonic and operatic music we love and cherish today, mainly that of the late 18th and 19th centuries, was created because of an increase in size of performing venues, an increase in size which was itself a response to the changing economics of classical music and the need for larger middle-class audiences to replace disappearing aristocratic patrons.

This in turn led to new instruments of increased volume, new techniques of playing (to impress other than the cognoscenti) eventually new forms of composition. It’s a complicated and subtle chain, but a very real one, even it if flies in the face of our Romantic ideas about genius and inspiration. Form follows function, as they say. Or, to be Marxist about it – the means of production of music, based on the economics of the production of music, create the music itself. Not the other way around.

So, with that in mind, what happens if the ramifications of COVID-19 create another revolution in the way we listen to and pay for classical art, not just for a season or two, but forever. What happens if those palaces of music – our symphony halls and opera theatres, with their 2,000 closely packed seats and relatively small lobbies, become complete white elephants? How will we pay for our symphonic and operatic art? And what kind of art will we need if the spaces where it is performed become more intimate, and the expected price to pay for access to those spaces substantially higher? What do we perform? What do we write? What instruments do we need for these conditions; what instruments no longer work? What techniques do we teach students to play them?

And more significantly, what role will the music play in society altogether? Although we are losing the power of this trope as we march through the 21st century, it’s clear that classical music in the 19th and 20th centuries, was the music most emblematic of the rising bourgeoisie, the middle class. For that class, classical music was presented as an all-encompassing, powerful art form, symbolized by opera and the symphony orchestra (both of which were extremely populist in the late 19th century) that was intended to provide a highest-common-denominator unifying aspect to society. And that identification of classical music with the middle class continued right through to the invention of mass 20th-century technologies.

We forget now (if we ever knew it) that classical music was right at the heart of the emerging populist recording and radio industries in the first decades of the 20th century. The first million-selling record was by Caruso; the NBC Symphony was a staple fare of radio listening for all of North America several times a week in the 1930s and 40s (it’s how my parents, for example, and others of their generation, learned to love classical music, by listening to it on the radio – after Amos ‘n’ Andy and before The Lone Ranger). The massive classical hall was the symbol of this unifying power of classical music. So what happens when those venues disappear, if they do? What happens to that unifying ability of classical music? Yes, you can argue that the above-mentioned unifying, big-tent social mandate has been lost to classical music for some time now, and it’s a valid argument. But what takes its place? Who do we now think classical music is for? Which is another way of asking what do we think classical music is for? 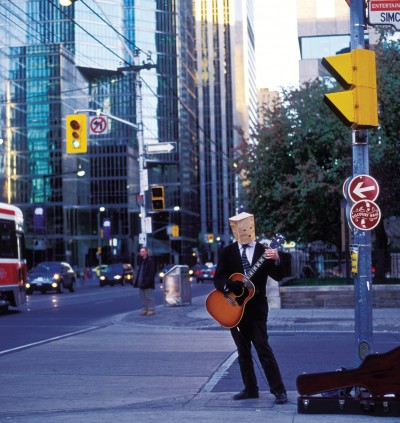 I have no answers to any of these questions, and it’s possible that my imagining their necessity will be entirely misplaced. Maybe a vaccine for COVID-19 will save the day, the threat will be eliminated, and we all happily go back to our former lives and habits, with this past year just a weird collective hallucination. But even if that is the case, I’m pretty sure that the experiences we’ve been going through over the past few months are going to have some impact on the classical world, beyond the immediate cancellations and displacements. Maybe international travel becomes permanently changed, so that the highly international nature of top-tier classical soloists and conductors is compromised. Maybe the many – some successful, some less so – virtual concerts will spark some new ideas for audience creation and interaction within the classical world. Maybe some other, completely unanticipated aspects of the performing conditions of the past few months will spark something interesting.

I have to admit I’m sort of hoping for at least a mini-revolution. I’ve hated the ultra-conservative nature of the classical world ever since I first discovered it in my early teens. To me the world of classical music is, and has always been, a revolutionary, explosive, intellectually and emotionally devastating art form – demanding a complete and frightening commitment from the listener, with the possibility always just around the corner, in the next phrase, or bar, or movement, of a complete, refiguring, disturbing revelation.

If COVID-19 forces us to recover that game-changing nature of classical music, it will be a miraculous transformation – one good thing, among a host of horrible ones, about it. Until then, I guess we’re stuck with our virtual offerings, the occasional outdoor concert, and a deep yearning to go back to the symphony, ballet and opera. Whether we ever will is, I think, up for grabs.