At the end of February, Tony Burman, former head of CBC News, in his column in The Toronto Star, more or less approvingly quoted the conclusions of two Canadian media professors, Chris Waddell and David Taras, from their recent book, The End of the CBC?.

Waddell and Taras, surveying the devastating wreckage of mainstream Canadian journalism, and noting the CBC’s inability to be all things to all people, added the two together and declared that “The CBC needs to shed much of its old skin and become solely a news and current affairs organization, dedicated to producing high-quality, dependable, and fair news and analysis.” So in their view, more Peter Mansbridge and Ian Hanomansing, less or no drama, comedy, music, arts, or any other cultural programming.

It’s a provocative thesis, but far from a new one.

When I was a manager at the CBC, in both the Radio Music and Radio Variety departments, we were constantly being called upon to defend our “frivolous” cultural spending when news bureaus were being forced to close around the world, and news resources were being cut back at home. Democracy demands an informed public, we were lectured – harangued actually. The needs of News must prevail. And nobody’s interested in your damn classical music, anyway, they added. It’s just there for elitists. Reading through The End of the CBC? was like an immediate flashback to my professional past. The same attitudes are all there.

What was wrong with those arguments then is what’s wrong with them now. It’s not that Waddell, Taras and Burman are incorrect in their analysis of the current chaotic state of information in the world. We live at a time where truth and lies are becoming fatally indistinguishable, destroying the very possibility of establishing the foundations of a functioning society. For us, that’s a huge problem.

For the would-be authoritarians of the world, on the other hand, it’s a game plan. As Steve Bannon, former Donald Trump adviser put it, rather bluntly, in 2018: “The real opposition is the media; and the way to deal with them is to flood the zone with shit.” That is, with disinformation. In this nightmarish world, a properly functioning news service works like society’s filtration plant for truth, providing us a clean information supply so we all don’t get very sick. And who better to provide that service than a public broadcaster, with a responsibility of service to the nation built into its very raison d’être? It’s really, in essence, a public health issue. Burman and his colleagues aren’t wrong on this score. Their only failing, and it’s a significant one, is their cultural blind spot, their failure to understand that truthful information about the world doesn’t just come from newscasts or current affairs interviews. The real news of the world comes from music, novels, movies, dramas, visual art – culture, in a word, the whole panoply of human imaginative response to life that fuels the deeper, more powerful ties of solidarity and understanding that fully create a society.

Let’s take Indigenous Canada as an example, a topic that’s been very much in the “news” recently. If we are serious about coming to terms with the reality of Indigenous Canada, we need to be exposed to more than stories about the differences between hereditary and band leadership, articles examining the complexities of ceded and unceded land, examinations of Supreme Court rulings about meaningful consultation. We do need these. But we also need – desperately – a fuller understanding of the entire spiritual outlook of Indigenous peoples – their understanding of their relationship to the land, to each other, to their creator, to the country. Once we have that, or begin to have that, the political situation becomes clearer, more understandable – and our chances of approaching each other increase. That fuller understanding does not come from news. It comes from culture – from story and music and visual art, and spiritual philosophy – precisely those things that would be abandoned if the CBC became a news-focused organization. An abandonment that would diminish the CBC – and the people of Canada as well – it would be a powerful and fatal loss.

And it’s not just in regard to Indigenous Canada that this is true. Look at the immense outpouring of attention and gratitude the CBC received when it broadcast the last concert of the Tragically Hip from Kingston in 2016. The impact on the Canadian psyche, I think it’s fair to say, was powerful and significant. How many newscasts was that concert worth? More than a few, I think most would say. We all live in many worlds at the same time. A public institution devoted to the intellectual and moral health of a country needs to pay attention to them all, or at least the most significant ones. And I won’t bother to recount to you for the 100th time the CBC’s astonishing record in cultural programming over the years (the place didn’t even have a news department until 1941, when the exigencies of war forced one on it). If we had to choose one Canadian created by the CBC who has most helped further our identity, sense of nation, and understanding of the world, would it be Peter Mansbridge or Glenn Gould, Rosie Barton or Alice Munro (whose first literary work was broadcast on the CBC long before the publishing world had ever heard of her). If I had to choose, I know where my focus would be. 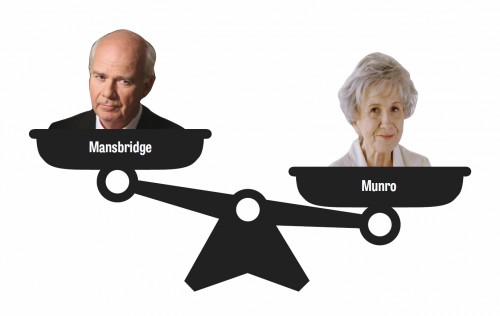 But we don’t have to choose – that’s the most important thing to consider in all of this. It doesn’t have to be a contest between forms of content at the CBC. It’s a mistake to assume that the CBC will never have enough money to do everything it needs to do and therefore must choose one thing or the other. My experience within the CBC itself is illuminating in this regard, I think. While I was there, I was constantly being told that there wasn’t any money for some initiative or other I had proposed, only to see vast sums of money spent on some other initiative soon thereafter. I realized that when people told me there was no money for something, they really meant they didn’t believe it had enough value. They could, and would, find the money if they believed it did. That, in a nutshell, is the dilemma the CBC faces these days – it must convince the Government of Canada, having first convinced the people of Canada, that what it proposes to offer Canadians is of clear and obvious worth. Make that case, and the money, or some of it (it’s never enough) will follow, in one form or another.

The problem is that the CBC has not made that case effectively to Canadians for a long, long time, which is why it is caught in the tumult of so many problems, inconsistencies, and controversies. If the CBC can regain the trust and confidence it enjoyed for many, many years – that saw the Canadian public support its formation (in the middle of the Great Depression, no less, and originally by a Conservative government, let’s not forget), it may be able to thrive once more. But restricting its focus solely to news and current affairs, abandoning its cultural history, and ignoring its cultural present, is not the way to make that case for value. Life is not all news; the CBC shouldn’t be either. 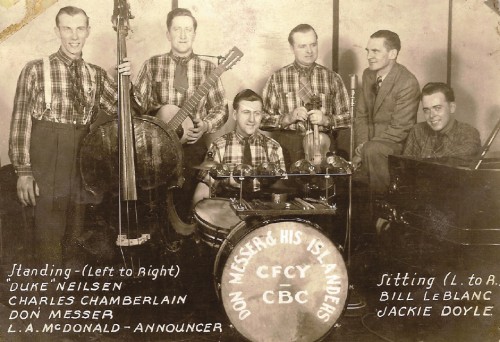 And one last thought in these plague-saturated times. The CBC’s news department has done an excellent job of keeping us up to date on the swirling, ever-changing reality of our lives these days. That’s what they’re supposed to do, and they’re good at it. But when the all clear is eventually sounded and we emerge to survey the social and economic damage that’s been done by the coronavirus blitz, it won’t be just news we’ll need. It will be the things that culture provides – entertainment, thoughtfulness, spiritual depth, common experience. Those are the things that build structure and community in our lives. A public broadcaster can’t be without them.