It used to be.

New music in the classical past was the St. Matthew Passion, the “Eroica” Symphony, Tristan and Isolde, the Prelude to the Afternoon of a Faun, the symphonies of Gustav Mahler, the Rite of Spring.

It was, once upon a time, and even not that long ago.

Well into the 1930s and 40s, new music wasn’t something to be frightened of. New music was the Ravel Piano Concerto, Barber’s Adagio for Strings, Copland’s Appalachian Spring, the Bartok Concerto for Orchestra, Peter Grimes, even Lulu and Wozzeck.

But then came the absolute zero, icy, crystalline formulations of the post-WWII generation, of the Boulezes and Stockhausens of the world, with their serialism and pointillism and extreme dissonance, and centuries of Western musical discourse was annihilated within a few years. Music that had celebrated the human spirit in powerful, communicative tonal gestures was washed away in an instant, or so it seemed, by the new purist wave of dark musical star showers and ethereal musical starlight. Music had become anatomized, and the flayed, transparent body of new musical composition was exhibited in autopsied performance spaces all over Europe and North America.

Audiences blanched in horror. Or recoiled in incomprehension.

Or so the story goes. Truth to tell, of course, the music of serialist and post-serialist Europe was actually much more interesting and uplifting than imagined. At its best, this music carried with it an astonishing vitality and freshness, a testament to the infinite possibility of the new itself, a message of hope in the end. And being confronted with the complex reality of this art was a spiritual and musical challenge; learning to navigate one’s ear through the mazes of beauty and strangeness it presented was a valuable workout for the soul. 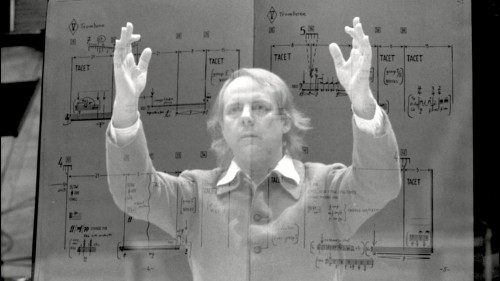 But it was difficult – it was meant to be difficult. It was music that was written as the ruins of Europe lay smouldering across half a continent, ruins that were even more damaging to the spirit of Europe than to its externalities. It was music that dared to take on the challenge of Theodor Adorno, who had famously asked how it was possible to make art after Auschwitz. Well, the post-war musical generation said, it is possible to make art – but it will sound like this, because the world looks like this. Tonality, the symbol of the world that had just rotted away to nothingness, had, they felt, rotted away along with it.

That was long ago, very long ago, but the fear of this music, and consequently of all that was new in music, lingered for many years after. For decades, despite the dizzying variety of styles in which composers were creating all sorts of musical worlds, the curse of “new” music – new defined as difficult, dissonant, and avant-garde – hung over audiences like a stinking, sulphurous, cloud. Consequently, audiences failed to notice something that might have attracted their interest – that a battle to regain something of the power of tonality had broken out within the musical avant-garde, a war between the disintegrating, acidic, centrifugality of dissonance and the cohesive binding centripetal power of the tonal. It was an aesthetic battle that consumed decades. But now, I’m beginning to think, the war is coming to an end.

And tonality has won.

It’s not your grandfather’s or your great-grandfather’s tonality, though. It’s not the key-centred, forward-moving, goal-oriented music of the 19th and early 20th centuries. It’s music that has simply overcome the fear of creating consonance, that’s not afraid to bask in thirds and sixths and octaves again, that’s harmonious, even – if one might dare to say so – beautiful. And, most importantly, it’s music whose form is comprehensible, whose unfolding in time matches the perceptual equipment of normal music lovers.

Of course, music like this has been written by men now in their 80s for years, by Philip Glass and Steve Reich and Arvo Pärt. But I’m referencing a different group of musicians, a brand-new generation of composers, many American, all in their 30s – writers like Missy Mazzoli, and Nico Muhly, and especially, Caroline Shaw (who I think is the greatest of them all). Our own Ana Sokolović can join that group. Along with them are Europeans, a bit older, who have negotiated their own way clear to a personal and engaging style. blending tonality and atonality – composers like the English George Benjamin or the Austrian Georg Friedrich Haas (who can make the unfolding of a simple overtone sequence an experience of sheer terror).

What’s fascinating about these new tonal composers is that they are writing music once again that is accessible yet multi-layered, “easy” to listen to but challenging as well, music that has communication with an audience as its primary concern, not the manipulation of new compositional materials and techniques. They are composers who are not afraid of the tonal nature of their material, as familiar as it may be, but who succeed in speaking the old musical words with a new musical syntax. They are also not afraid to take on the anguish and brutality emerging at the heart of the world they have inherited, using music to comment and reflect on the world in which they and their audiences live. They are recovering for musical art the political, social and moral parameters it always previously had. They are, unbelievably, but effectively, returning music to the family of all the other arts.

It’s been so long since we approached a work of contemporary music with the same expectation of meaning and pleasure with which we routinely approach contemporary film, or visual and conceptual art, or the novel, that we’ve almost forgotten how to do so. To think that we can just simply understand a work of musical art, however new and novel it may be – be moved by it, have it speak significantly to us – is almost beyond belief. We had almost given up hope of music attracting a public and maintaining a high degree of artistic excellence at the same time. But that seems to be what’s happening with this new generation of composers. Something vital and valuable is emerging from the confusion and darkness of decades past.

Music has had its fallow periods before. The period between the dissolution of the Baroque and the emergence of the classical style in the early 18th century was similarly filled with failed experiments, wrong turns, a search for communicative power. And then we got Haydn, Mozart and Beethoven. We may not achieve such musical transcendence this time around, but we’re heading in the right direction. And it’s dearly to be celebrated.