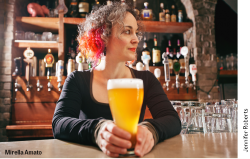 When I first launched “Hopera: an evening of local craft beer and song,” people assumed that this was an attempt on my part to elevate beer and make it seem more upscale by pairing it with an art form as grand as opera. This was not the case at all.

As a beer specialist, I don’t feel that this satiating, complex, effervescent beverage needs any kind of elevation – just a little more understanding. People who still think beer is just an easy-drinking vehicle to loutishness need to expand their horizons. If anything, opera could stand to be taken down a notch or two. Having made a career switch from opera singer to beer educator, it never ceases to amaze me how many parallels can be drawn between these two seemingly incongruous fields. Like beer, opera has developed a reputation that isn’t doing it any favours; among the uninitiated, many think of this art form as opulent, humourless and snobbish.

“Hopera” playfully defies these misconceptions by attempting to highlight the sheer enjoyment that can be found in both opera and beer. It consists of a series of operatic excerpts – arias, duets and ensembles – performed live by professional opera singers with piano accompaniment. Each piece is enjoyed with a sample of beer chosen because its particular character – colour, aroma, flavour and mouthfeel – reflects the mood of the song. Insights are given on the music, beer sample and how the pairing was chosen, inviting a rethinking of both the excerpt and the beverage - all this in a casual pub setting.

Make no mistake, seeing an elaborate operatic production in a large house is a wonderful experience. Opera – from its earliest days as royal entertainment – has always been a lavish art form. It stimulates the senses visually with its sets, costumes and light design, and aurally with the orchestra and singers who have trained for years in order to produce a sound that can fill a hall. It also stimulates the brain, which has to keep track of both the action and the text. Beyond this, opera is so involved that its study will reveal endless additional historical, musical and linguistic nuances to those who take the time to learn about it.

Along the way though, perhaps because those who enjoy it like to study it and capture its subtleties, the appreciation of opera, and classical music in general, has also come to include a layer of solemnity. I’ve often observed that while opera patrons in North America will certainly laugh at a joke that is part of the libretto, few, if any, will allow themselves to giggle openly at absurd plot turns or irrational behaviour – both of which are rife in the operatic repertoire. Somehow audiences have become so engrossed in contemplation that the atmosphere is closer to that of a mass than it is to that of a show.

Lately, though, a number of organizations have started to move opera and classical music into a more casual setting. This is often an attempt to draw in a new audience and appeal to a younger crowd. It certainly is an effective tactic; the change in setting already makes the performance seem less highbrow. Presenting classical music and opera in licensed establishments also loosens things up, frequently resulting in a more vocally appreciative crowd. Beyond this, being in closer quarters with musicians allows a dialogue to take place, giving the show a warmer, more personal feel.

I was aware of all this when I created “Hopera”; I was equally excited to introduce beer fans to the wonderful world of opera and show them that it’s not all inscrutable serious song. What I hadn’t anticipated was the response of the seasoned opera fans in the group. I will never forget the crowd’s reaction to the very first song of the first edition of “Hopera.” It was a performance of “The Barcarolle” from The Tales of Hoffman –  a light, lilting duet (complemented by a Belgian-style wheat beer in which orange peel and coriander seeds came together in their own delicate and fragrant duo.) Every person in the room froze; never in my seven-year career in beer have I had to remind people to drink what was in their hand! In that moment, I realized that even the most experienced operagoers in the crowd had not yet had the opportunity to hear opera sung in such an intimate setting.

When you strip opera down to voice and piano, with no sets or costumes, all that’s left is words set to music. In this bare state, the raw emotion of the piece shines. Opera, after all, was written for entertainment. Those who have studied opera intently know how impactful the correct word-setting can be, conveying deep feeling that, when sung out loud, is profoundly – often overwhelmingly – moving. Presenting opera in its simplest form, along with a brief contextualization and explanation of the text, allows beginners to focus on the music without overwhelming their other senses.

The initially stunned reaction to “Hopera” quickly turned to enthusiasm. There was a little grumbling off the top from some of the more serious operagoers who found the ambient noise to be inappropriate, but after a sip or two the whole crowd relaxed into the show. Even seasoned audience members reported being overwhelmed by the proximity – they could literally feel the operatic voices vibrating in their chest in certain passages. It was an intimate and emotional experience but most importantly, it was fun! Written testimonials from the crowd revealed that many had come in with some skepticism at the notion that “low brow” beer and “high class” opera could be paired successfully. At the end of the evening, no one felt that either had been elevated or brought down. They simply enjoyed. With both tasty local beer and vibrant live opera involved, how could they not?! 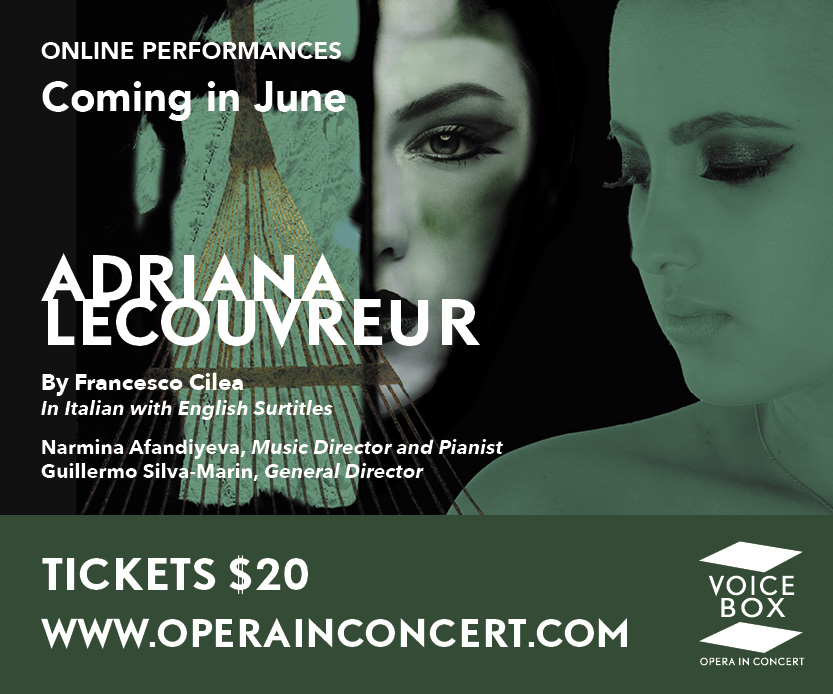