“You have to understand that no one puts their children in a boat unless the water is safer than the land.”

That line of poetry smacked me between the eyes early in 2018. It is from a poem, “Home” by Somali-British poet Warsan Shire, London’s first Young Poet Laureate. I heard it in the context of a Tafelmusik concert titled Safe Haven, created by ensemble member Alison Mackay, “exploring the influence of refugees on the music and culture of Baroque Europe and Canada today.”

In that one line of poetry those two worlds, 400 years apart, collided: waiting on beaches for frail craft in search of safety and giving back to the places where they found safe haven as much as they got. The 400-year-old version of it fits nicely into a settler version of history. The 21st-century eastern Mediterranean version, maybe not so readily for the people already settled here.

It was an interesting construct, but what did it take to transform it from a notional exercise into a raw truth that could not be rationalized or equivocated – into a truth we accepted no matter how uncomfortable? Part of it, as in Warshan Shire’s poem, was the indelible memory for most of us of one photograph, three years earlier, of one child lying dead on an eastern Mediterranean beach – Alan Kurdi – that defied abstraction, gave a name and a face to a truth, and took inaction off the table as an option.

How many more children’s graves will have to be found, here, today, for the truth to take general hold the same way?

Wendalyn Bartley’s conversation with Claude Schryer this issue digs into a parallel point: how do you practise your craft at something with an esoteric name like “acoustic ecology” in the face of a climate crisis demanding action? “Valorizing nature” is part of the answer, Schryer says.

“Valorizing art” is the other part, I’d say. It means artists taking all those tricks of the trade they’ve learned these past 16 months – new ways to get their voices out there; to feel alive; to work together; maybe even make a difference or two. And now’s the time to lash all those newfound competencies to the mast of some big truths that need to be shouted to the treetops.

So here we are, dry land maybe in sight: stowaways, refugees, hostages, passengers and crew (depending on the craft we’re in).

Thanks as always for reading what we have made. It’s bristling with wit and grit and inventiveness. (Oh, and music.)

Hang in. We intend to do the same. 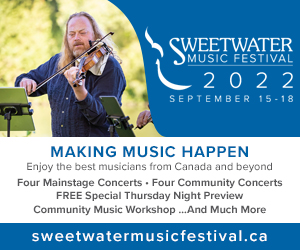 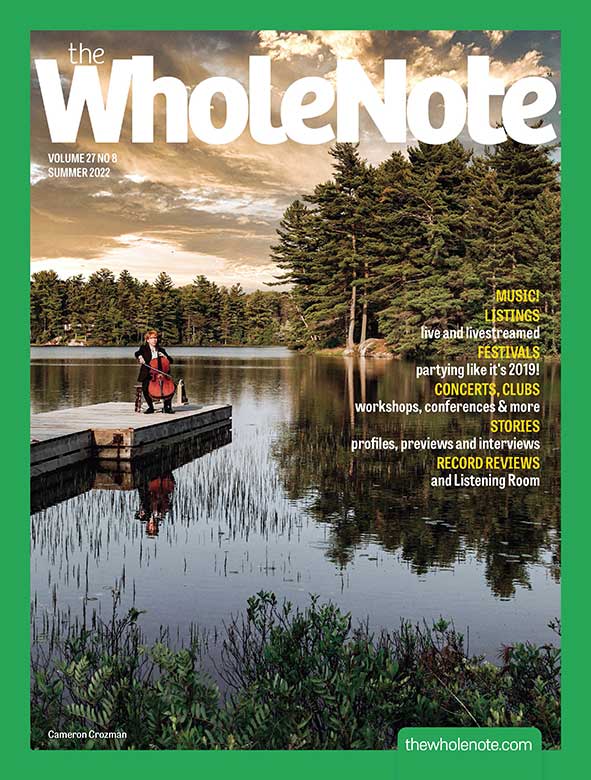