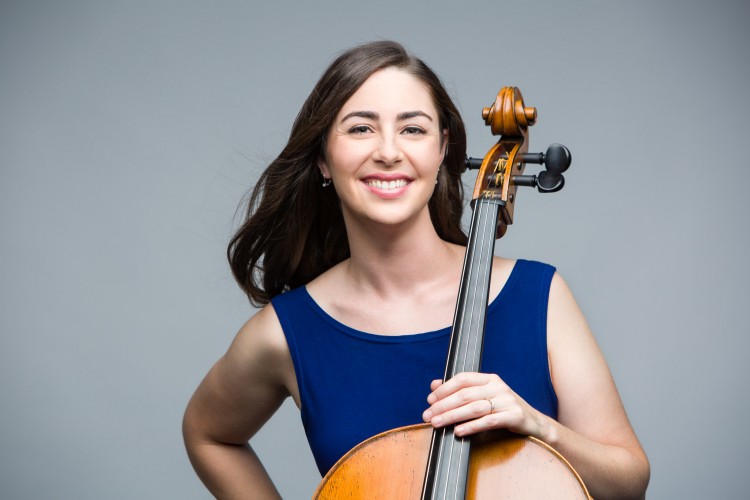 As a toddler, cellist Erika Nielsen fell in love with the cello after seeing Yo-Yo Ma perform on Sesame Street. Growing up with her talent nurtured by a musician mother and excellent teachers, she seemed headed on the path towards a successful musical career. In fact, Nielsen developed into an accomplished multi-genre musician and teacher, as well as a gifted visual artist and writer, earning diplomas from Queen’s University and the Glenn Gould School.

But Nielsen’s world was shaken to its core some five years ago when, at 27, she was diagnosed with Bipolar Type 1 Disorder, a mental illness formerly known as manic depression. The illness is characterized by alternating moods of euphoric mania and deep depression.

Now she has written her mental health story – clearly and constructively – in a new book, Sound Mind: My Bipolar Journey from Chaos to Composure (Trigger Publishing, UK). 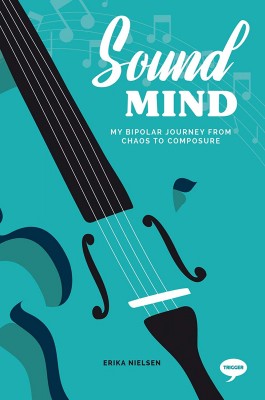 To be sure, people with bipolar disorder have plenty of company. The 2012 Canadian Community Health Survey, released by Statistics Canada in 2013, revealed that some 1.5% of Canadians aged 15 and older met criteria for the disorder. Historically speaking as well, Nielsen was in the company of several eminent musicians. As Kay Redfield Jamison, a specialist in bipolar disorder, described in an interview with Marc Shulgold in the Los Angeles Times in May 1985, “Berlioz often pondered his ‘disease of isolation’. Hugo Wolf described ‘streams of fire’ running through his veins. Schumann chronicled a seemingly unending series of violent mood swings, noting that ‘if we musicians live so often … on sunny heights, the sadness of reality cuts all the deeper…’ [and] Schumann’s wife, Clara, described a night in which her husband ‘wrote down a melody which, he said, the angels had sung to him. When morning came, the angels transformed themselves into devils and sang horrible music’.” Two weeks later, Schumann threw himself into the Rhine (and survived).

Redfield Jamison, who has herself had bipolar disorder since early adulthood, is Professor of Psychiatry and Behavioral Sciences at the Johns Hopkins University School of Medicine and Co-Director of its Mood Disorders Center. In her Los Angeles Times interview, she called Schumann’s action “an example of a classic stage-three mania.” Based on their own accounts, Berlioz, Wolf, and Schumann all had bipolar disorder, she said. So did the late Otto Klemperer, one of the revered conductors of the 20th century.

The symptoms of this “high-energy disease” seldom vary, according to Jamison. Most people with bipolar disorder, she says, “will alternate between deep lows and exalted highs; an individual will experience delusions, such as hearing voices, and will often sense a fluency of thinking and bursts of creativity; [they] will maintain a strong belief in [themselves] …yet will often find difficulty in activities such as handling money prudently.”

Despite some early signs of fairly serious emotional turmoil during her teens and early twenties, Nielsen’s own bipolar diagnosis came as a total shock to her, she told an audience at the University of Toronto in late March. “I had just married my sweetheart of eight years… and my music career was seven days a week, teaching, auditioning for orchestras, performing with a 25-piece Motown band and recording with a quartet of opera-crossover sopranos… I was feeling more positive and energetic than ever – only to wander into a doctor’s office and gradually over the next few weeks, be told by three psychiatrists that I was suffering from a major mental illness.”

Nielsen learned that those with bipolar disorder suffer from a chemical imbalance in the brain that causes drastic mood changes, from euphoria to crippling depression.

Sound Mind confronts the stigma of mental illness head-on, testifying to Nielsen’s courage, compassion and resilience. These qualities are reflected in writing of searing candor and vulnerability. Part memoir, part wellness guide, the book is structured in two parts. The first recounts her life story in the most vivid terms. In the second, she outlines the tools which enabled her to achieve stability on what she has called her “road map to recovery.”

The fearlessness displayed in Sound Mind is aimed at others with bipolar disorder. In fact, helping others learn to deal with mental illness – especially struggling teens and youth – became a prime motivator for Nielsen to write the book.

Though her bipolar disorder affects her every waking and sleeping moment, Nielsen works nonstop to manage it. Today, with treatment, she again feels capable of having the life and career she hoped for. The multi-faceted Nielsen plays the Baroque cello as well as its modern counterpart, teaches at National Music Camp of Canada and in her own studio, and performs with Cor Unum Ensemble, Musicians on the Edge, and Rezonance Baroque Ensemble (with whom she will be touring an all-Handel program at the Early Music America festival at Indiana University in May.)

She also recently performed as part of the Dora Award-nominated ensemble of The Musical Stage Company’s Onegin: The Musical  in Toronto and on tour at The National Arts Centre, Ottawa; tours internationally with Classic Albums Live and Electric Light Orchestra Tribute Band Strange Magic; and has performed with artists as diverse as rapper Kanye West and country music’s Johnny Reid. And she still performs with the 25-piece Toronto Motown band The Big Sound, as she was doing at the time of her diagnosis.

Her vibrant cello playing was in evidence at the two recent events mentioned here, promoting Sound Mind at the University of Toronto and with High Notes Avante in Richmond Hill, where she performed two movements from J.S. Bach’s Suite No. 1 in G Major for solo cello.

A key insight is Nielsen’s understanding that having bipolar disorder is not what makes her an artist or a creative being. “If anything, I’m more productive, effective and expressive than ever because bipolar is no longer holding me back,” she says. She considers her illness analogous to managing a chronic heart condition or diabetes – and hopes that others will come to see it that way as well.